As Jean-Michel Basquiat’s market value continues to soar, exhibitions focused on the late American painter are flourishing, even becoming somewhat commonplace. Few if any rival “King Pleasure,” a landmark undertaking that sees his sisters, Jeanine and Lisane, bring from the vault family memorabilia such as scrapbooks, a school report card, blue-green dining china, and his signature Commes Des Garcons trench coat in a 15,000-square-foot space designed by David Adjaye. They join raw sketches, scribbled notes, and dozens of paintings—many of which have never been shown—that offer a rare look inside the mind and evolution of one of the 20th century’s most vital artists. 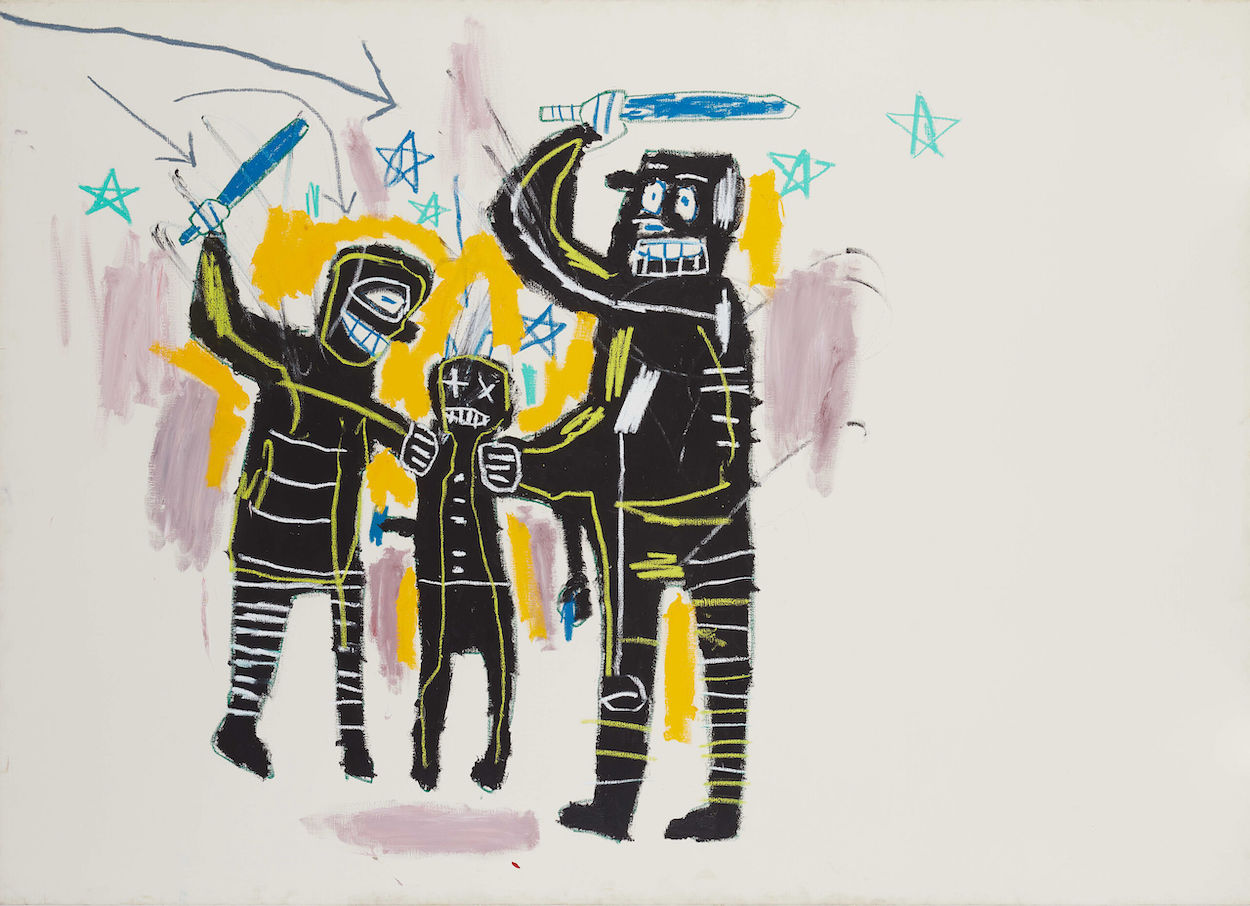