The Swedish artist translates his penchant for childhood drawing into ceramic form, using clay to shape the idiosyncratic eyes, noses, and ears of his characters, which the Los Angeles Times likens to “mongrel offspring of a picture by Peter Saul and an episode of The Simpsons.” In this show, Ojanen looks more inward, ascribing his own identity to characters that are neither obviously human or clearly gendered while latching onto a sense of childlike wonder often lost as one enters adulthood. 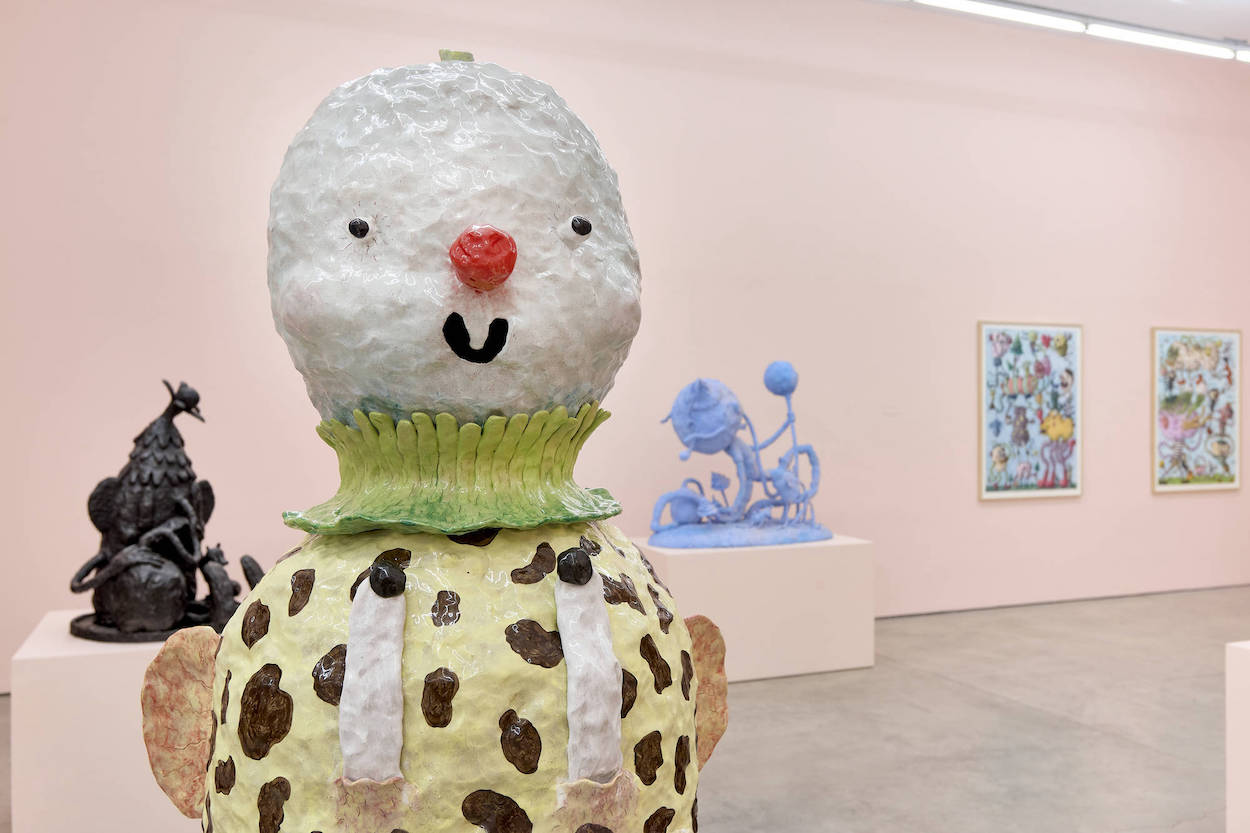