Addressing the inhumanity of the U.S. prison system, “The Box” pays homage to the strength of the late Kalief Browder, who was unjustly incarcerated without trial and endured more than 700 days in solitary confinement before hanging himself shortly after his release. Kennedy’s installation recreates the bare eight-by-ten-by-six-foot cell Browder was confined within, offering a poignant reflection on the callous prison system that resonates with the overwhelming trauma of Browder and his family. It also draws parallels between this singular tragedy and the collective injustices actioned in other correctional facilities.

“What [Browder] experienced has been my own personal fear since I was a child: the idea that I could be abducted by a government institution and held without proper cause,” Kennedy says. “Although I can only imagine what he actually experienced, I could viscerally feel the determination and pure strength of will that it took to come out on the other side of that kind of imprisonment and constant abuse. It is my hope that, when viewers happen upon this sculpture, they can empathically feel the weight of being put into a box and having it become your life for a long, unknowable future. Hopefully, they can transcend the watered-down words used in mass media to describe the incarceration process, and instead start to feel the reality of the literal torture that continues daily in the prisons of America.” 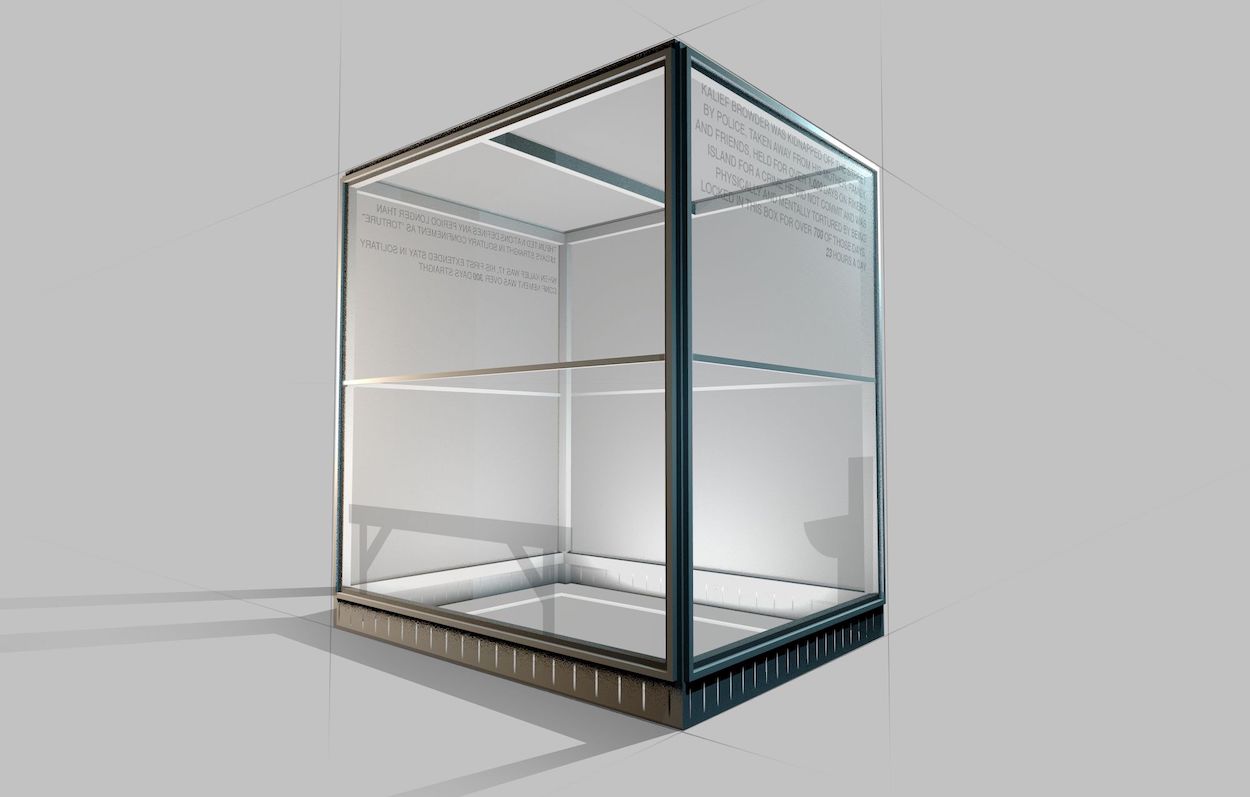