Lucien Smith began his Rain Paintings series when he discovered that filling fire extinguishers with acrylic paint enabled him to make quick, improvisational gestures whose light, ethereal end result expressed something he wasn’t able to previously obtain with traditional mark-making methods. “The process is very much like dancing with paint, how a conductor controls an orchestra,” says Smith, who completed the ten works on display during summer 2013 in Southampton. “The nozzle of the fire extinguisher acts like a wand. I became fixated on trying to understand, measure, and capture that fleeting moment.” 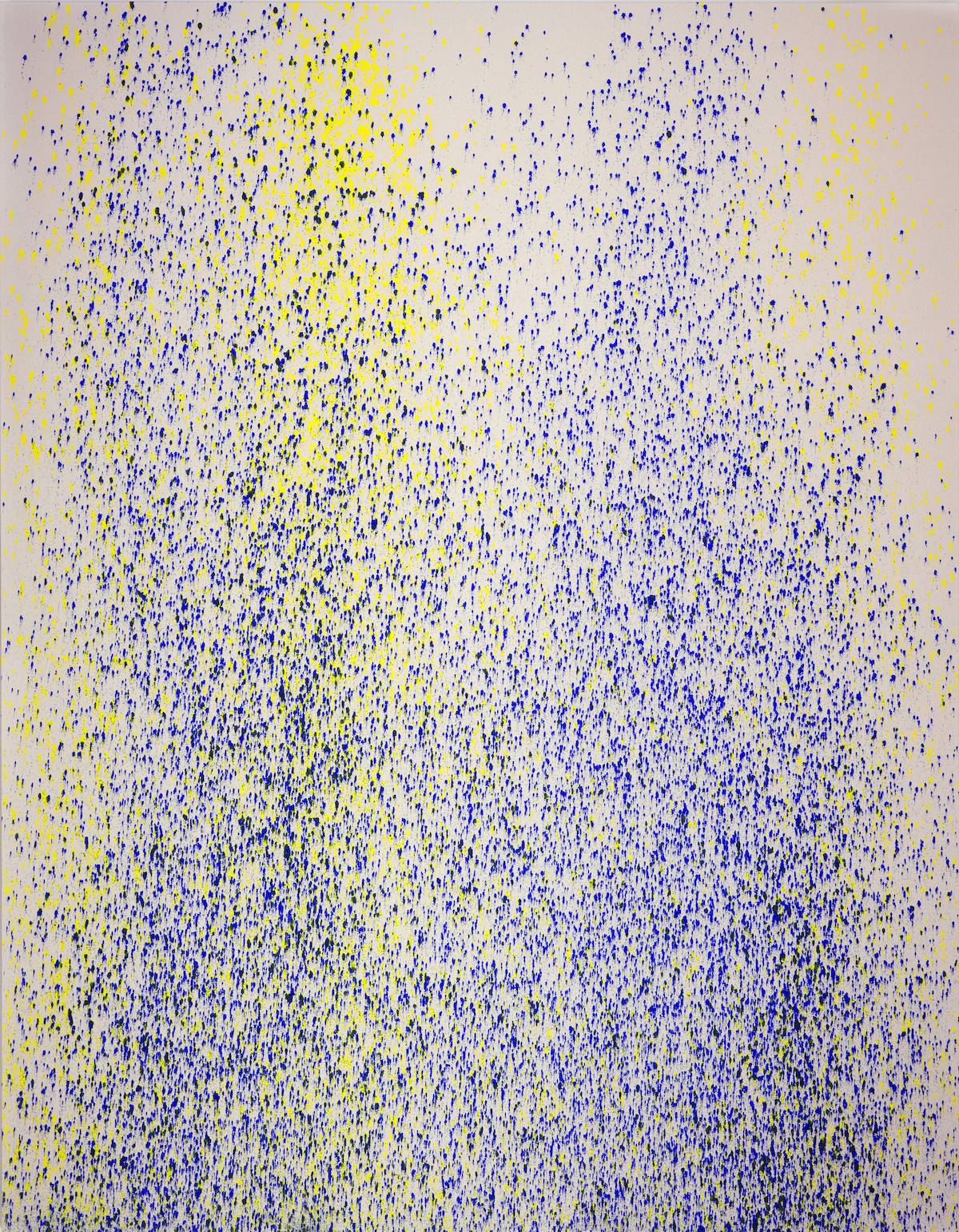