Typically, Michael Anastassiades creates his intricate, material-focused lighting systems using exploratory prototyping and industrial fabrication methods. To mark his first U.S. solo exhibition, however, the Cypriot designer forgoed this process entirely and confined production within his own studio walls. In doing so, he discovered the versatility of one of nature’s most abundant and sustainable materials: bamboo.

Arranged into striking linear configurations that take inspiration from the Manhattan skyline and nod to Dan Flavin, the freestanding fixtures in “Upbeat” are the result of centuries-old Japanese craft traditions that weave together Eastern and Western influences. “The project has become an exercise of negotiation with the variability of nature—to understand the material and establish certain constraints on which I could build a rhythm,” Anastassiades says. “To embrace its peculiarities and accept its unpredictability.” 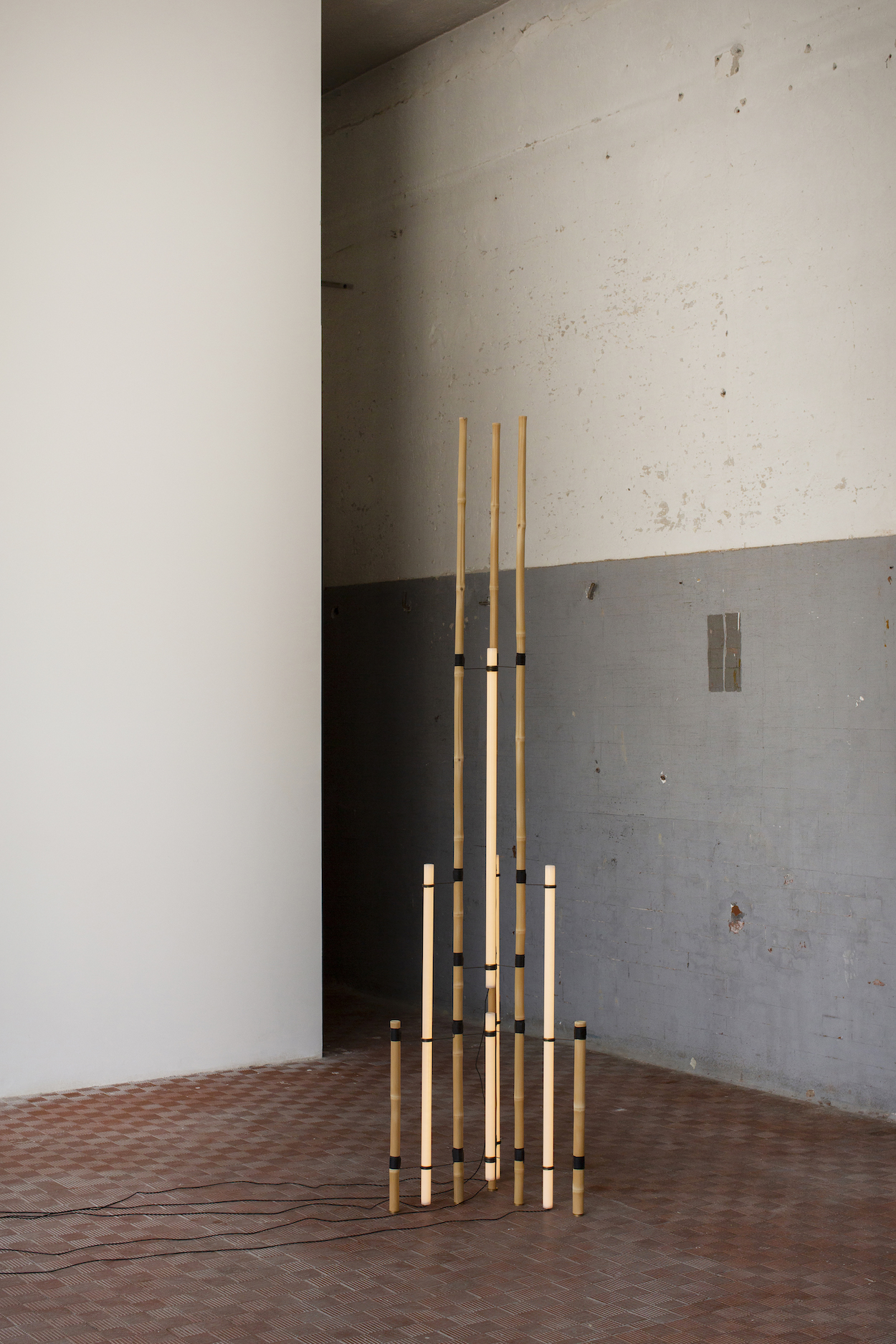