The U.S. retrospective of French-American sculptor, painter, and filmmaker Niki de Saint Phalle (1930‒2002), with lead patronage by Swiss skincare brand and longtime collaborator La Prairie, will showcase more than 200 works by the multidisciplinary artist. Known for subverting norms during her career, including the use of assemblage and performative modes of production such as shooting at her canvases, de Saint Phalle expanded into architectural projects, sculpture gardens, books, prints, films, theater sets, clothing, jewelry, and, famously, her own perfume. She also championed causes, from women’s rights to climate change to HIV/AIDS, the latter of which she helped destigmatize with the illustrated book AIDS: You Can’t Catch It Holding Hands (1986). The exhibition will explore her later work in visionary architecture and utopian sculpture environments, none more remarkable than Tarot Garden: a fourteen-acre installation of fantastical monsters atop Etruscan ruins outside of Rome, inspired by the 22 Major Arcana of the tarot deck. 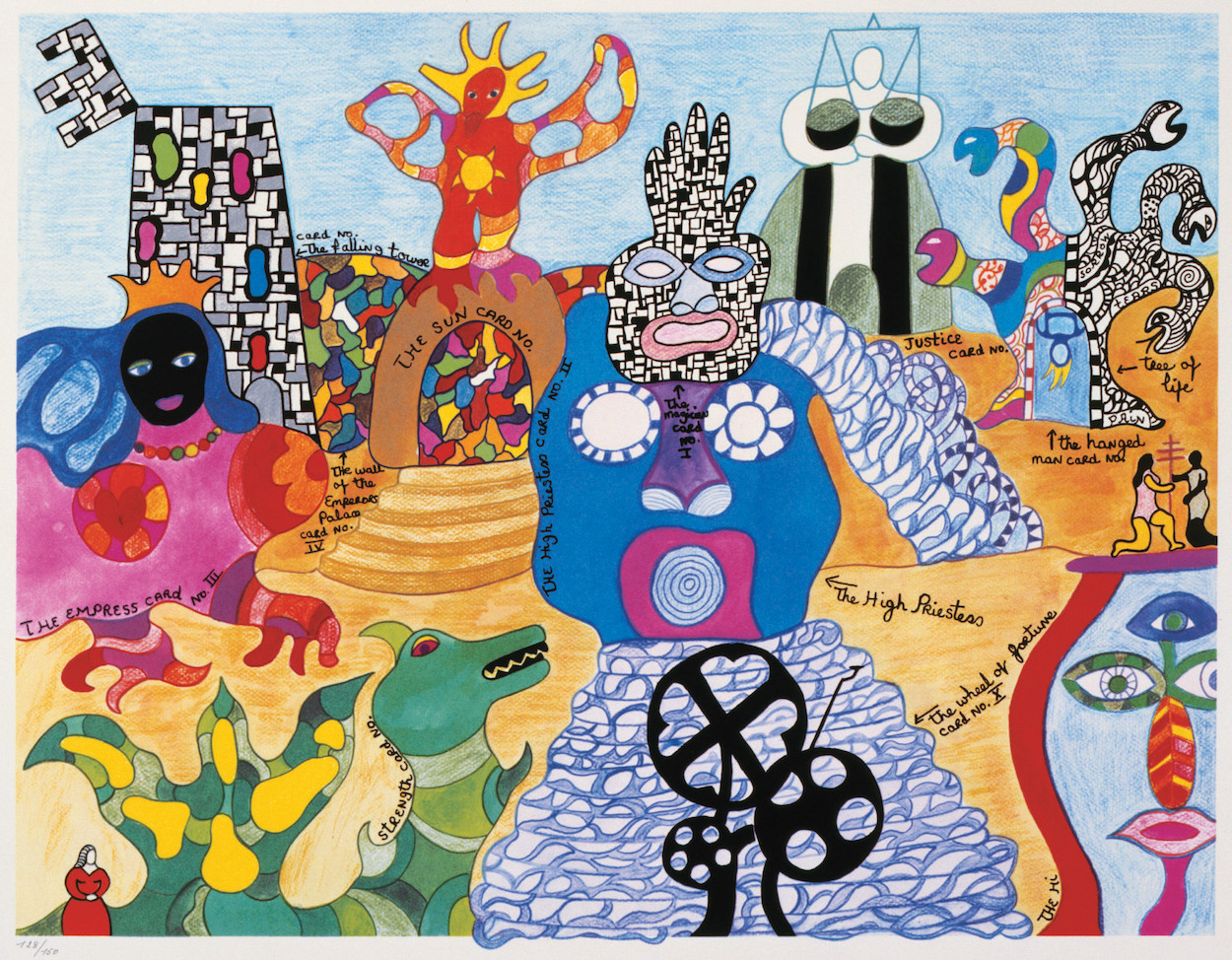