Having traveled throughout the United States, Niger, Italy, China, Brazil, and his native Switzerland over five decades, Not Vital has created an oeuvre that reflects the spatial and socio-cultural backdrops of his many adopted homes and workplaces. His quasi-nomadic lifestyle and anthropological curiosities have culminated in a series of socially driven works—including site-specific structures that reflect the exhibition title’s portmanteau of “sculpture” and “architecture”—such as House to Watch the Sunset, a model home built for the sole purpose of contemplating the sunset on every continent. Simpler creations, such as the found roof gutter Chanala da tet and three-dimensional works made from paper speak to his deep-rooted interest in the relationship between architecture, landscape, and human perception. 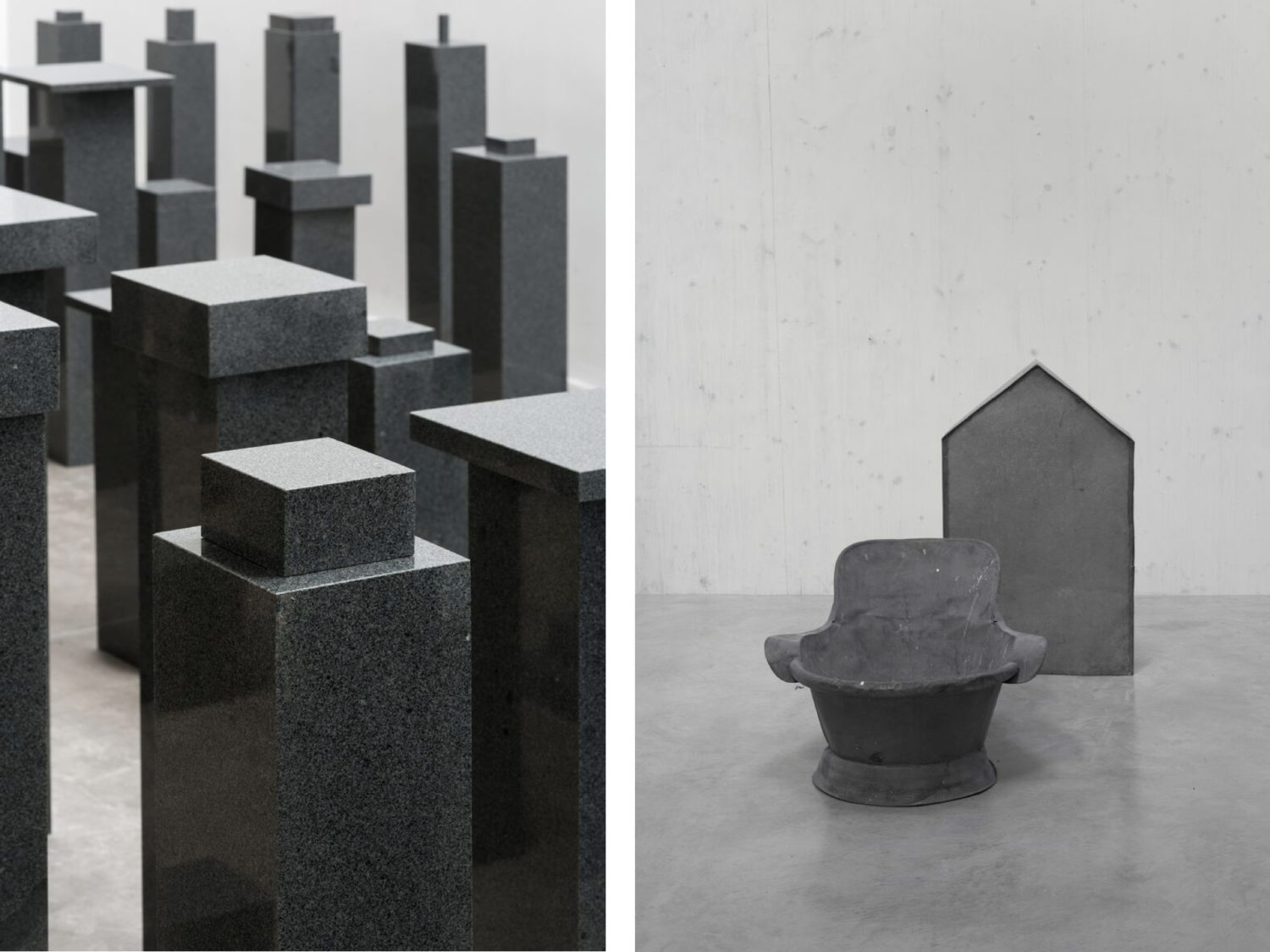