Photographer Pieter Hugo documents people on the periphery of society, including deceased AIDS victims, gang members, and survivors of the 1994 Rwandan genocide. He tries to take a photo of someone shortly after meeting them, so as to capture a glimmer of tension: Subjects in his portraits gaze directly into the camera, challenging viewers to confront their preconceptions. In this exhibition, named for a Spanish folk song about a cockroach that’s lost its legs, the South African artist turns his attention to Mexico, where he took the images of death, sexuality, and spirituality on view. Curiously, the most powerful photographs don’t feature a human face at all: Rico, Oaxaca de Juárez (2018) zeroes in on a man’s tanned, scarred arm, while in Spring Blossom, Mexico City (2019), a cactus’s single fuchsia flower serves as a beacon of hope. —Tiffany Jow 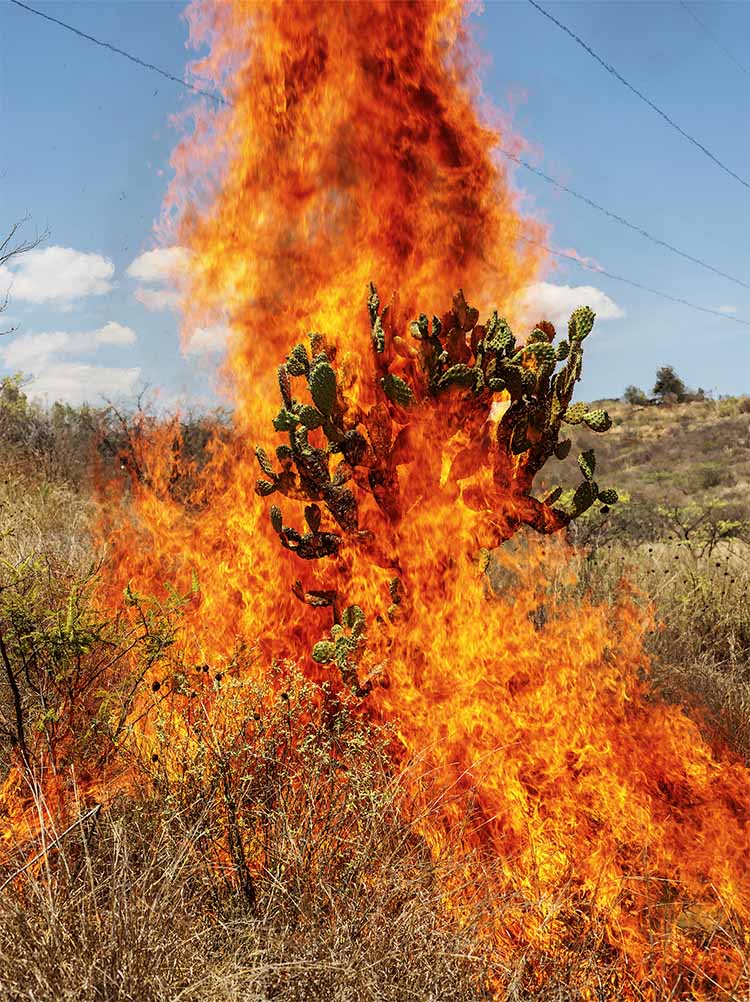