The Greek designers Eleni Petaloti and Leonidas Trampoukis, who founded LOT Architecture and the design studio Objects of Common Interest, are experts on ancient geometry and materials. Lately, the duo, who split their time between New York and Athens, have been particularly inspired by the Bronze Age Cycladic culture, which flourished on those Greek islands around the third millennium BCE, and the modernist sculptor Constantin Brancusi. Building on these disparate influences, they present a series of translucent inflatable sculptures modeled after Cycladic artifacts. Mounted atop mirrored surfaces, the works have an illusory totem-like effect that adds another dimension to our understanding of ancient objects. —Ryan Waddoups 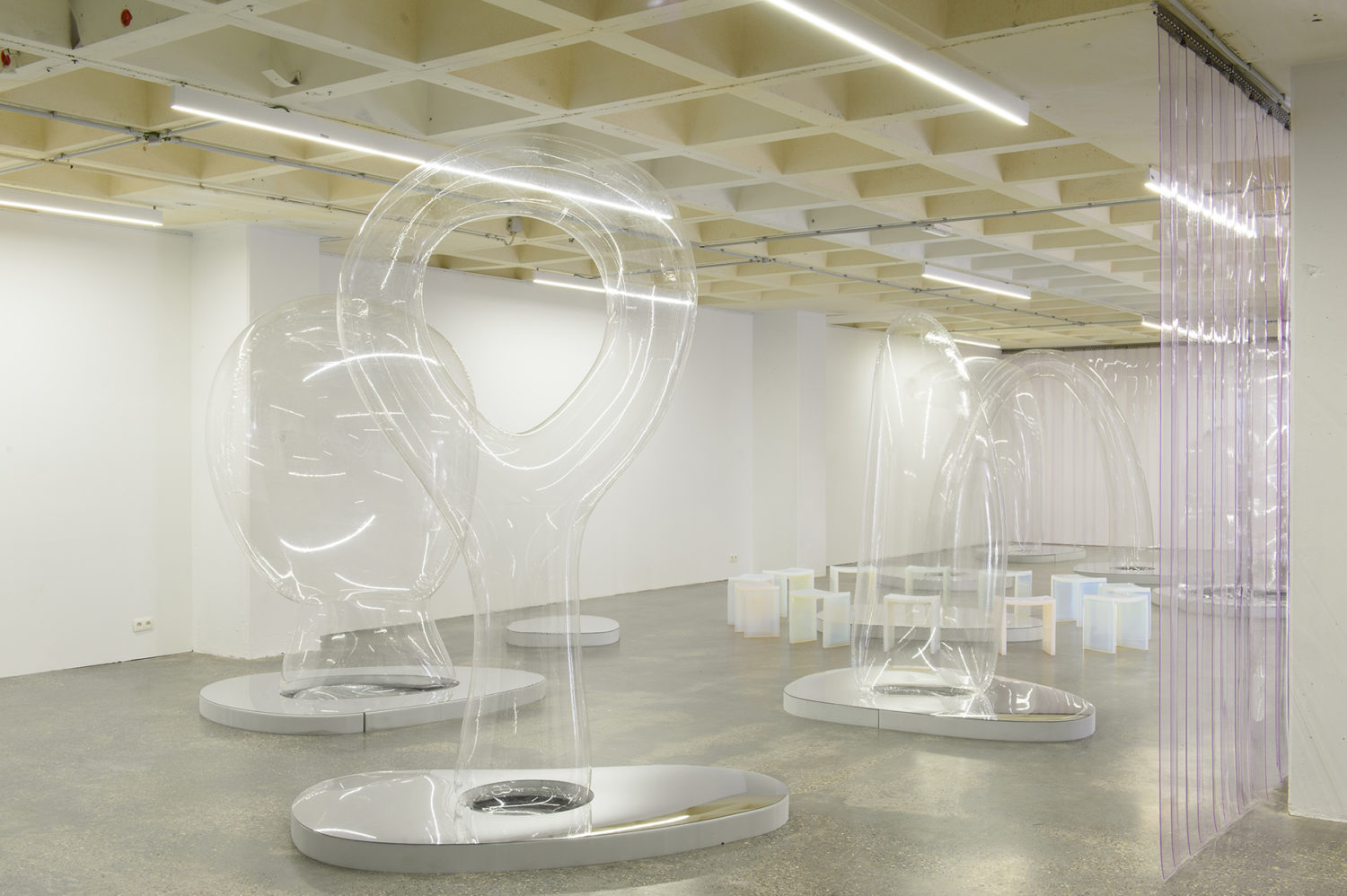