“It had never occurred to me that furniture could be anything so personal and powerful as sculpture,” the late Wendell Castle wrote of craftsman-artist Wharton Esherick in 1970 — a time when Castle, a sculptor, was exploring how to apply his skills to functional objects. He was also influenced by Isamu Noguchi, Jean Arp, and George Sugarman, whose work will be presented here alongside Castle’s initial innovations, including his branch-like “Music Rack” (1980) and stack-laminated “Baker” armchair (1967). A scrapbook compiled by Castle’s wife offers further insight on his foray into furniture: hostile reviews of early local exhibitions underscore the bravery, and the faith, Castle had in his experiments. 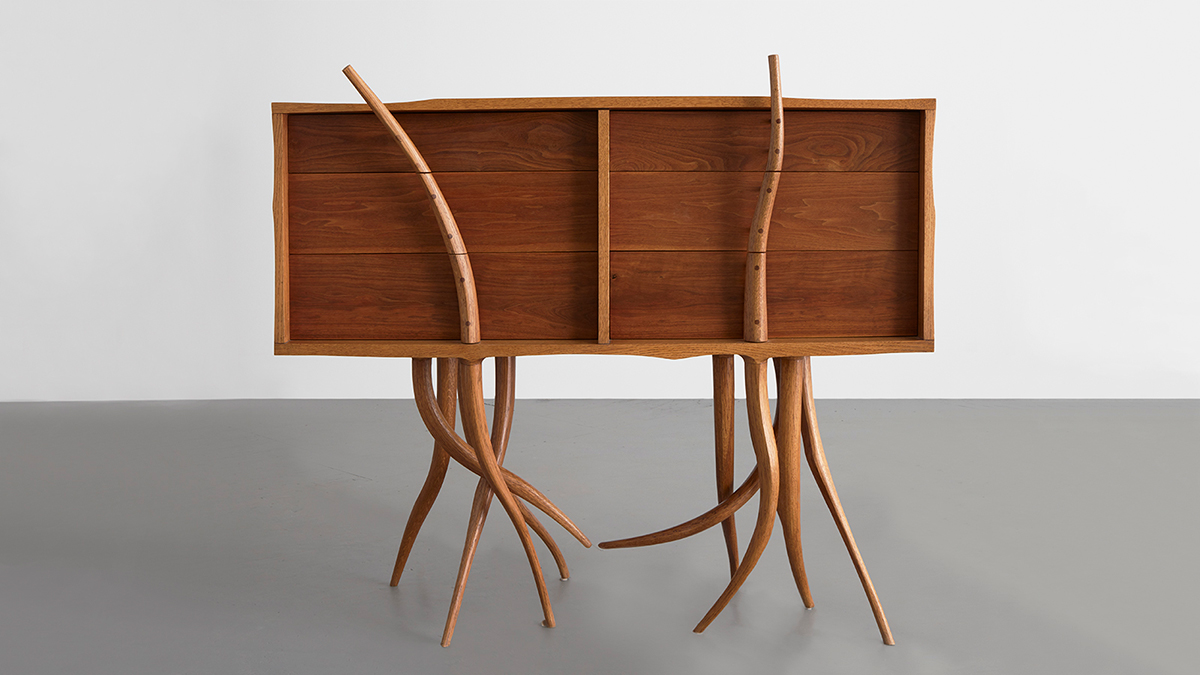