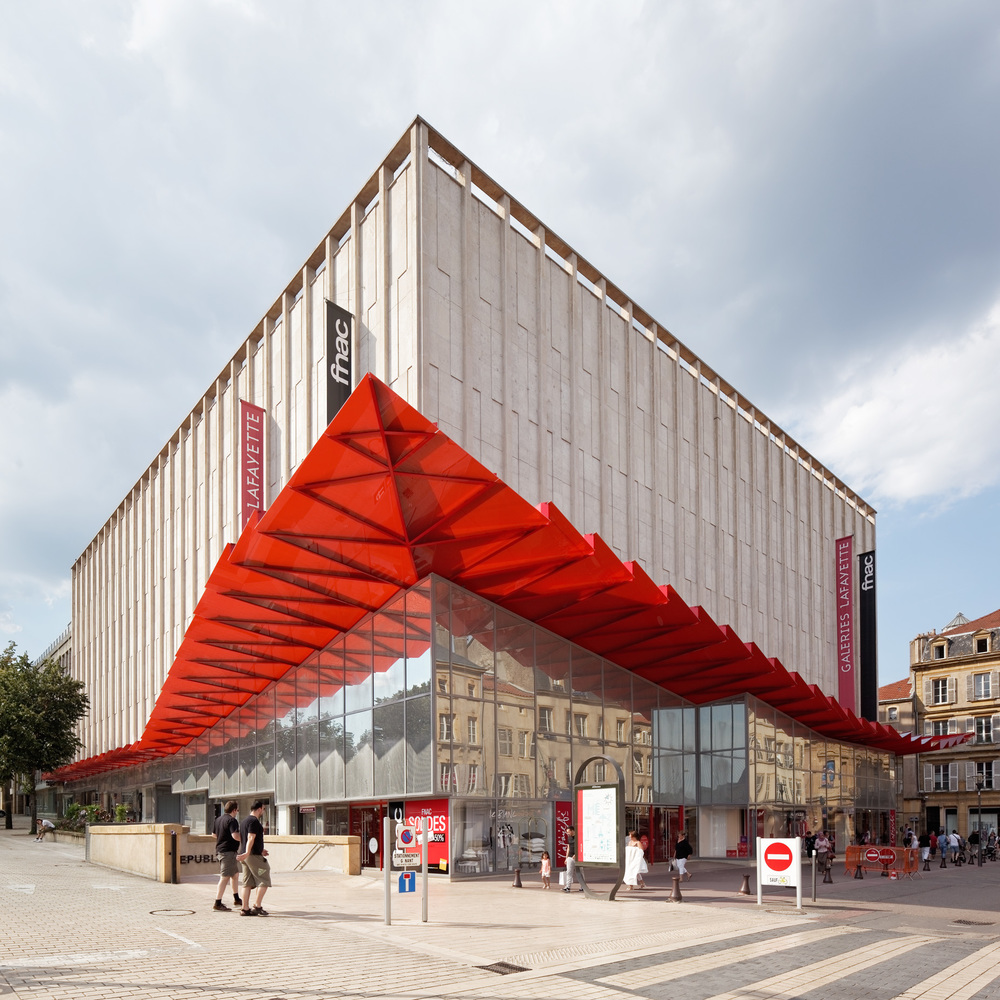 Throughout the past two centuries, department stores have played a strong role in metropolitan centers and continue to carry significant social presence today – even in the era of online shopping. In Paris, the historic city-anchoring retail giant is Galeries Lafayette, whose 100-year-old flagship store in Paris has spawned more than 50 additional locations operated nationally and abroad. Featuring a monumental glass-and-steel dome that embodies French engineering and construction, the Boulevard Haussmann location is a legacy of the city’s 19th-century architecture. When the brand hired architect Manuelle Gautrand to renovate its store in Metz, a city near the northwestern border of France, she decided to draw upon the flagship’s signature palette of glass and steel. An elegant yet monolithic building clad in stone, the updated structure in Metz opens up and adapts to the scale of passerby with a bold gesture: a pleated, red glass canopy that juts out and wraps around the building facade at varying heights. Adding dynamism to street-side vitrine, the corner canopy cantilevers 23 feet over the ground. At night, a neon lighting installation designed by agency ON adds a rhythmic breathing feeling to the structure. These particular operations turn the store into something more than a mere landmark; it’s a dynamic experience. Gautrand explains this was one of the main objectives of the project: “Our work, as architects, is really to proved experiences and emotions, and the objective of the architecture installed is not only to envelop commercial functionalities, but really to be able to create a powerful and iconic architecture.”