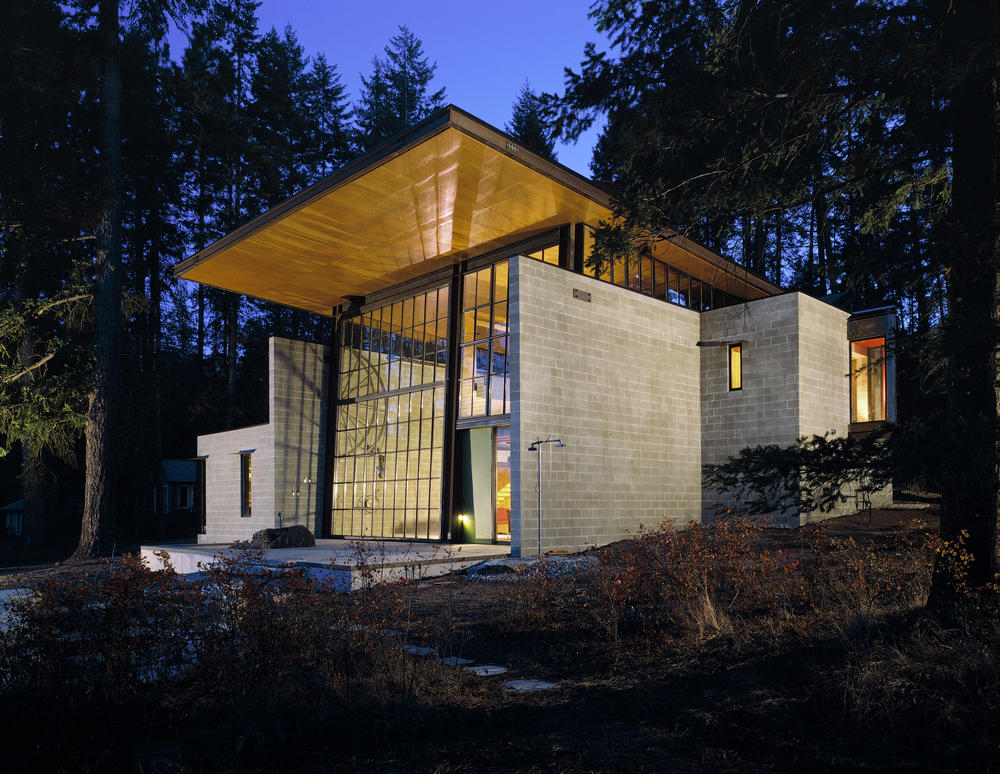 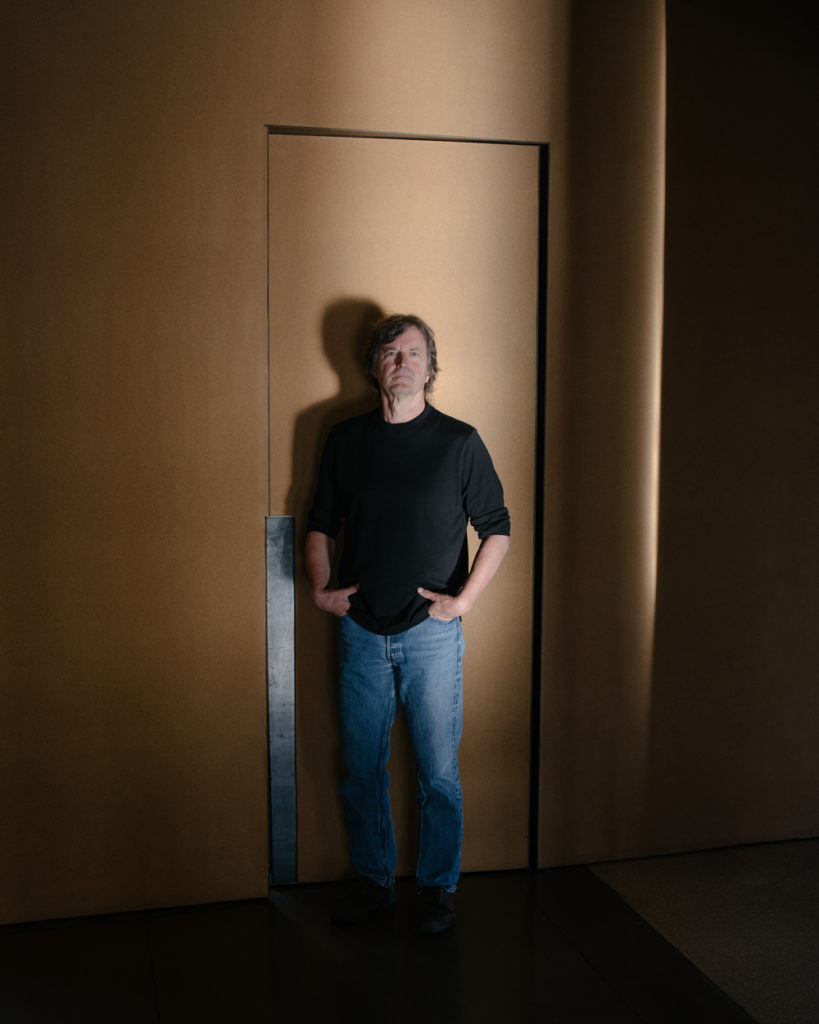 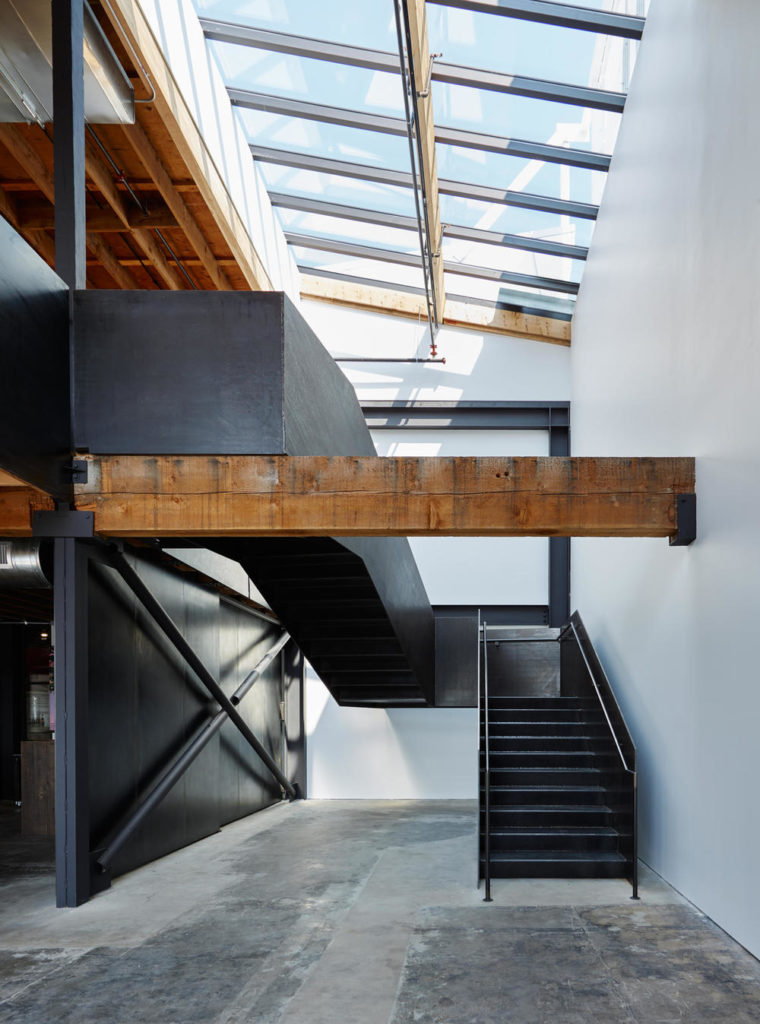 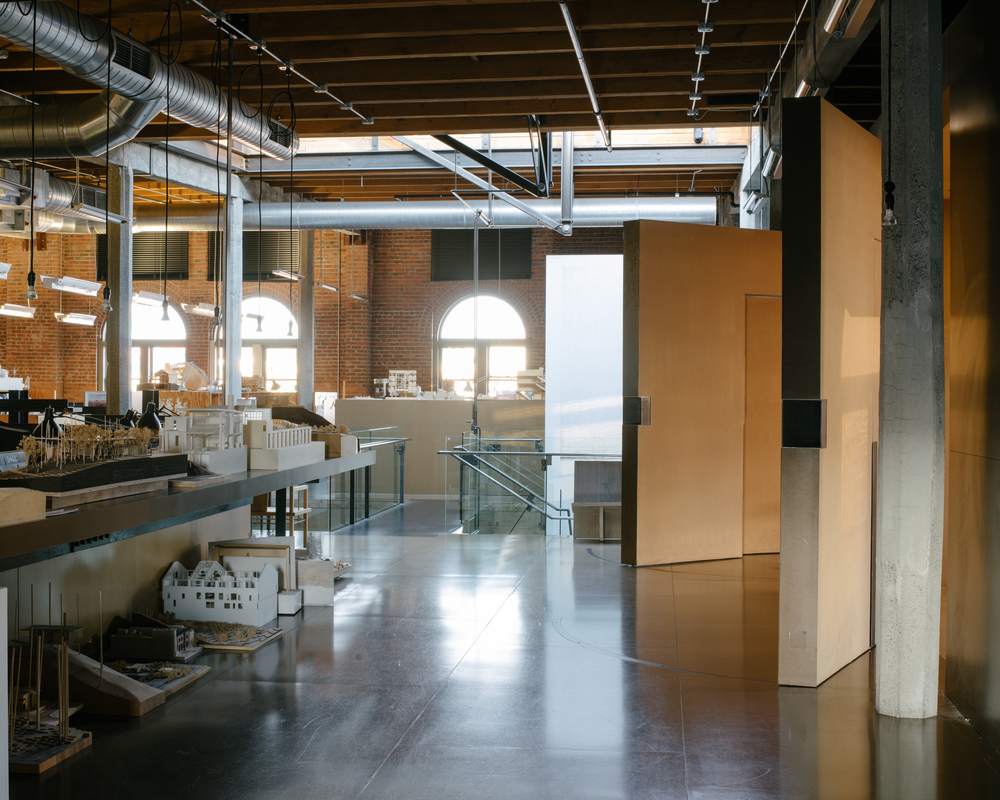 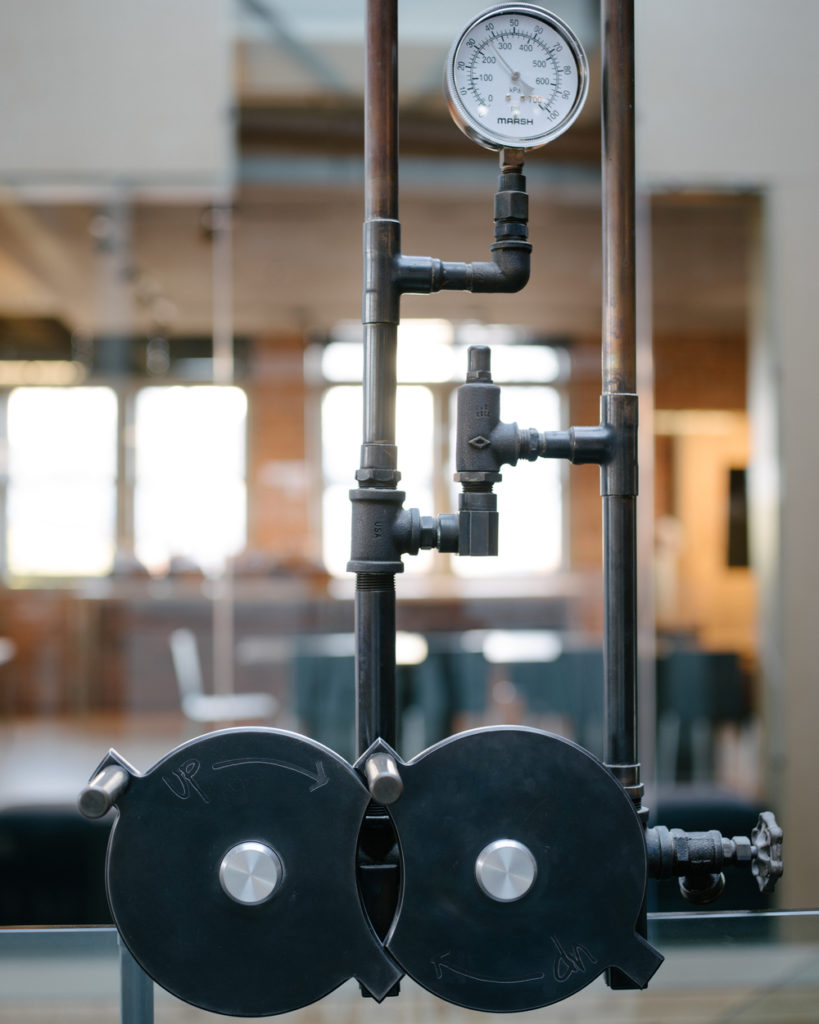 For Tom Kundig, architect is at its best when it’s a warmup for the headliner: its surroundings.

For Tom Kundig, architect is at its best when it’s a warmup for the headliner: its surroundings.

Tom Kundig is standing outside the Charles Smith Jet City Winery in the Georgetown neighborhood of Seattle, watching commercial planes fly overhead. The 60-year-old architect, a principal of the firm Olson Kundig (founded by Jim Olson in 1968), recently turned this former bottling plant for Dr. Pepper into one of the largest urban wineries in the county. After several visits he’s still enamored with its humble environs—the weedy runaways of a county airport across the street, a clapboard tavern next door, and, at the entrance to the parking lot, a ramshackle coffee stand that until recently featured bikini-clad baristas behind the counter.

The neighborhood is roundly industrial and full of warehouses. Some of the buildings are red-brick beauties that date back to the area’s early 20th-century heyday, but most are anonymous, cheaply built containers that hardly merit a second glance. Lately, Kundig has been interested in the latter. “I’m most excited about the projects that other people might discard,” he says. “These are some of the most satisfying projects. You go into a crappy industrial building and hopefully make it into an important one.”

Rehabilitating and repurposing old warehouses is standard procedure in today’s design world, but most architects and their clients either start with sites that already boast plenty of character, or they render the structures unrecognizable with expensive additions and cladding. Kundig prefers the challenge of starting with the unremarkable and likens his approach to a kind of surgery—opening up, stripping away, and making focused changes until the space reveals moments of beauty.

And indeed, the transformation of the Charles Smith winery appears to be a modest one, at least when seen form the street. Aside from the bold signage on the roof, the building is still nondescript, a dapper black box with large factory windows. It’s the interior that more noticeably shows Kundig’s creative intervention—a balancing act between statement-making and disciplined restraint. An events room on the second floor, for example, boasts a custom-made bar clad in powder-blue steel and long white leather couches that evoke the bench seats of a vintage Corvette. But held over from the building’s bottling-plant days are the fir rafters—some still sporting decades-old scribbles in spray paint—and weathered floorboards.

Kundig is perhaps best known as an architect of picturesque private residences, and regularly wins architecture honors for modernist houses in breathtaking natural settings. His Studio House (1998), located about 15 miles north of the winery, is in some ways a total contrast to Charles Smith; Steel and concrete abound, but the decidedly luxurious house sit on a conifer-covered hill overlooking Puget Sound. It’s the kind of getaway-in-the-woods project that garners press and social-media shares, and has helped win the firm nine National Housing Awards from the American Institute of Architects, including one earlier this year.

Kundig, though, doesn’t see his urban work as being all that different from his rural or suburban projects. (His range is on view ina newly released book, Tom Kundig: Works,, from Princeton Architectural Press.) While nature has long been part of his identity—he was a rock climber for many years—Kundig doesn’t value its role in architecture any more than he does the teeming metropolis. “Our work has always been context-driven, whatever that context is,” he says. “If I do a lecture, people will talk about the context of the landscape. And I’ll go, ‘Remember, there’s a cultural landscape and a built landscape that’s as important as any natural landscape.’”

Shaggy-haired and dressed in a crisp white button-down tucked into faded blue jeans, Kundig resembles a veteran craftsman who has reluctantly suited up for a client meeting. He carries a beautifully scuffed black leather briefcase that appears to have been through war but would fetch a tidy sum in a Manhattan consignment shop. He looks the part of someone who thrives on bridging contrasts—rural and urban, economical and stately, rugged and refined—and his buildings often feature raw industrial materials like weathering steel and concrete that are softened by wood, elegant fixtures, and whimsical design touches.

Kundig was born to Swiss immigrants who settled in Spokane, Washington, and later in northern Idaho. He grew up in towns defined by mining, lumber, and farming—industries that depend heavily on both the natural world and efficient, functional designs. The sculptor Harold Balazs was a family friend, and before Kundig went to study architexture at the University of Washington, he came of age as a laborer in the service of art, helping Balazs grind steel, mix concrete, and work simple machines. “He was an artist who moved big sculptures and steel,” Kundig says of his early mentor. “He would use engineering devices—pulleys or bags of sand or levers. And I was just fascinated with that.”

Those elementary engineering solutions have made their way into the architect’s work; in fact, they’ve become something of a design signature. His recently completed Shinsegae tower in Seoul features giant panels in the curtain wall that move up and down via pulleys. Sun screens on an addition for the Tacoma Art Museum in Washington, which the firm completed a year ago, slide back and forth like boxcar doors. And even a child can open a huge wall of glass on Kundig’s Chicken Point cabin, in northern Idaho, with a few spins of a handwheel.

Such features—nearly all of which are manually operated and developed in-house by Olson Kundig’s “gizmologist,” Phil Turner—add a little some extra to the projects. But what is it precisely? Surprise? Dynamism? Humor?

“Humanism,” Kundig answers. “It’s like, this is the way gravity works. You don’t need a motor. You can do this using just your intelligence.”

And so it is with Kundug’s designs, which rely not on the hidden magic of digitization and cutting-edge technology but on human ingenuity and time-tested building processes. This ingenuity is put on full display in the architect’s work—occupants can see and touch the structural beams, the tracks on which doors and walls move, the mechanisms what allow the space to shift and adapt to various needs. And while Kundig has earned accolades for doing these things for bucolic residences, he’s now taking his tactics more and more to urban environments and to unsung spaces like former warehouses. Whatever changes may be in store, context, to him, is always king. “The architecture that’s more successful,” he says, “is the architecture that takes somewhat of a background and is just supportive.”