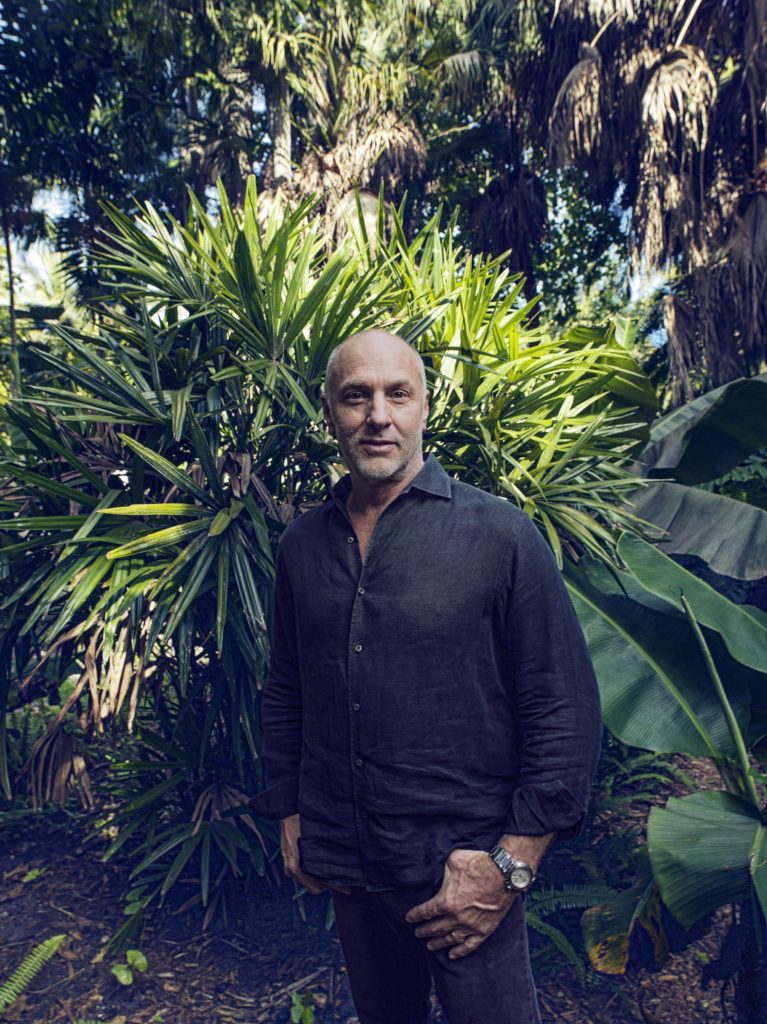 The Miami designer lives up to his name.

BY IAN VOLNER
PORTRAIT BY OGATA November 30, 2015
Share
Back

The Miami designer lives up to his name.

More than a century ago, a German immigrant left the Old World and settled in the U.S. Things went well for him and his descendants until the outbreak of World War I, when it was decided that the family name, probably Jüngling or Jungels, was in poor taste—so they decided to change it, opting for something a bit more wholesome and Anglo.

Flash forward to 2015, to Miami, on the grounds of some of the city’s newest and ritziest high-rise condominium projects. Here, beautiful new gardens have been sprouting up just yards from the beach, with gorgeous native plantings crowding in on each other—intimate and lush private Edens for the buildings’ well-heeled occupants.

In a turn that would make Charles Dickens blush, Jungles has become South Florida’s go-to designer for high-end landscapes that pop with color and greenery. “Usually people’s first question is, ‘Is that your real name?’” he says, just a little wearily. “I’m used to it.” The old Latin phrase nomen est omen—name is destiny—has never seemed more accurate.

But there’s a lot more to Jungles’s story. “When I was younger, I had long hair—people called me Tarzan or Crocodile Dundee,” the landscape designer says. “I grew up in love with wild places, and that’s why I do what I do for a living.”

Born in Omaha, Nebraska, Jungles was a nature boy from the start, and from the moment he first saw the turquoise-and-emerald ambience of Miami, he was seized with a special passion for it. “I was 18,” he remembers. “I saw the beach and the sky and the bikinis, and it just seemed natural that I’d gravitate to this place.”

Following studies at the University of Florida, where he did a thesis exploring Isamu Noguchi’s proposal for Miami’s Bayfront Park, and falling under the tutorship of famed Brazilian landscape genius Roberto Burle-Marx (he of the wavy Copacabana beach promenade), Jungles committed himself to a landscape ide- ology that favors organic, regionally inspired elements arranged in unruly simplicity. His new book from Monacelli Press, Cultivated Wild, expands on that thinking, explaining in words and images how “people can have a close relationship with the natural world” through landscape interventions that bring a little wild-ness back into the urban environment.

Jungles is doing just that on a larger scale than ever before, with a suite of new proj- ects connected with some of his hometown’s most high-profile projects. In the new Faena District, in the shadow of buildings by Rem Koolhaas, Norman Foster, and Brandon Haw, Jungles has placed thick copses of waving palms alongside meandering paths (including a very Burle-Marx-ian walkway). For the Grove at Grand Bay in Miami’s Coconut Grove neighborhood, where he’s been paired with Danish dynamo Bjarke Ingels, he’s draping low, ivy-ish growths over above-ground walkways. And at Jade Signature in Sunny Isles, he’s working with previous collaborators Herzog & de Meuron—Jungles also collaborated with the Swiss firm on the famed 1111 Lincoln Road parking garage—creating a surreally sylvan setting for a winding, Jetsons-esque driveway.

“Basically, what we like to do is just let what- ever would grow on the beach drift through the properties,” says Jungles, himself drifting down the beach by car, headed back to his downtown studio. (He lives in an Arquitectonica-designed home in Coconut Grove, where he works alone most Tuesdays and Thursdays.) Even as he branches out with new projects in Singapore and elsewhere, Jungles seems a designer very much in his element along Biscayne Bay. It’s hard to imagine him doing anything else—though just think: Where would Miami be had his family stuck with Jüngling?