The Music City outpost opens with a hit restaurant and suites designed by artists, including actor Adrian Grenier.

“I’ve always been a little suspicious of my personal fame,” actor Adrian Grenier tells me on a warm afternoon in May, just down the road from Nashville’s Walk of Fame. “But I think it touches on the very essence of the human experience, consciousness itself, and self-awareness.”

We’re in the living room of “Ouroboros Mosquito,” a suite he conceived for 21c Nashville, the latest opening for the hospitality group that contemporary art built. “Celebrity and identity” are the unifying themes behind the artwork that Grenier, an artist in his own right, selected for the space, from John Waterhouse’s classic painting “Narcissus and Echo,” updated with help from Tim Kent to include navel-gazing paparazzi, to a mustard-toned analog TV showing short films and deleted scenes from Grenier’s documentary Teenage Paparazzo. Tabloid consumers might recognize the framed placards hanging on the wall, scrawled with declarations like “This Is a Non Event” and “Point Your Cameras to Washington,” that the Entourage star created with Shepard Fairey to deploy against the TMZ mafia. “When they came around to take my picture, it would thrust me into an unwanted exchange. So I’d hold one of these up to my face and reinsert myself into the conversation.”

Nashville is in the midst of a hotel boom, recently welcoming the Thompson (Parts & Labor), with outpost of the Virgin (Blur Workshop) and Dream (Meyer Davis Studio) on the way. It’s also the biggest market yet for 21c, whose expanding group of museum/hotel hybrids has properties in Kansas City, Missouri, and Miami on the horizon. For Nashville, architect Deborah Berke converted the old Gray & Dudley Hardware Co. warehouse, just off downtown’s main drag, fondly known as the Honky Tonk Highway. Original features such as the masonry facade with terra-cotta accents and large arched windows were maintained; the 124 rooms have neatly finished interiors and original artwork. Chef Levon Wallace leads the restaurant, where he turns out modern comfort food, adding a Vietnamese broth to Gulf-sourced shrimp and grits and presenting half chicken in a bowl of gravy with chicories and grilled bread.

Grenier’s suite is one of three that were turned over to artists, a concept first explored at the flagship in Louisville, Kentucky, in 2013. It’s joined by Sebastiaan Bremer’s “Sanctuary,” an art-and-music studio stockpiled with paints and inks from his Brooklyn workshop, as well as instruments and recording equipment installed by composer Josephine Wiggs. A commission also went to Yung Jake, an L.A.-based new-media artist and rapper. “We love the opportunity to subvert expectations and do something unusual,” says chief curator and museum director Alice Gray Stites, explaining why 21c didn’t recruit a more predictable rock singer. Jake’s lime-green “Untitled” is lined with his works that combine found objects, painting, and digital imagery, while a foyer floor is adorned with a monitor looping one of his hip-hop videos.

21c is known to use inaugural exhibitions as a moment to express its values. With that in mind, the public spaces and double-height main gallery are currently showing “Truth or Dare: A Reality Show,” through December. Stites and cofounder Steve Wilson began sourcing the works years ago, but it feels especially relevant in today’s “fake-news” era. “It plays on tropes of games and toys, yet all of it is about: How do we know what’s real and not real? Where do we search for truth and how do we speak it? And who has the power to do so?” Stites says.

The star piece is the immersive “An Attempt at Exhausting a Space in Nashville” by Serkan Özkaya, the Turkish artist behind the golden replica of Michelangelo’s “David” standing outside the Louisville property. Screens envelop the entire lobby, removing physical boundaries between interior and exterior by projecting live streams from the alleyway and street outside. Everyone strolling by gets their 15 minutes of fame. 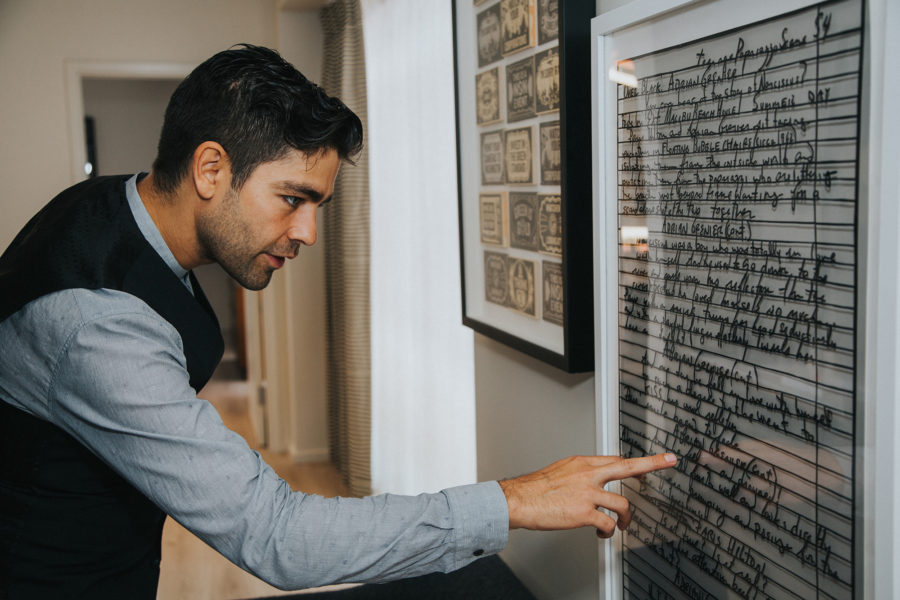