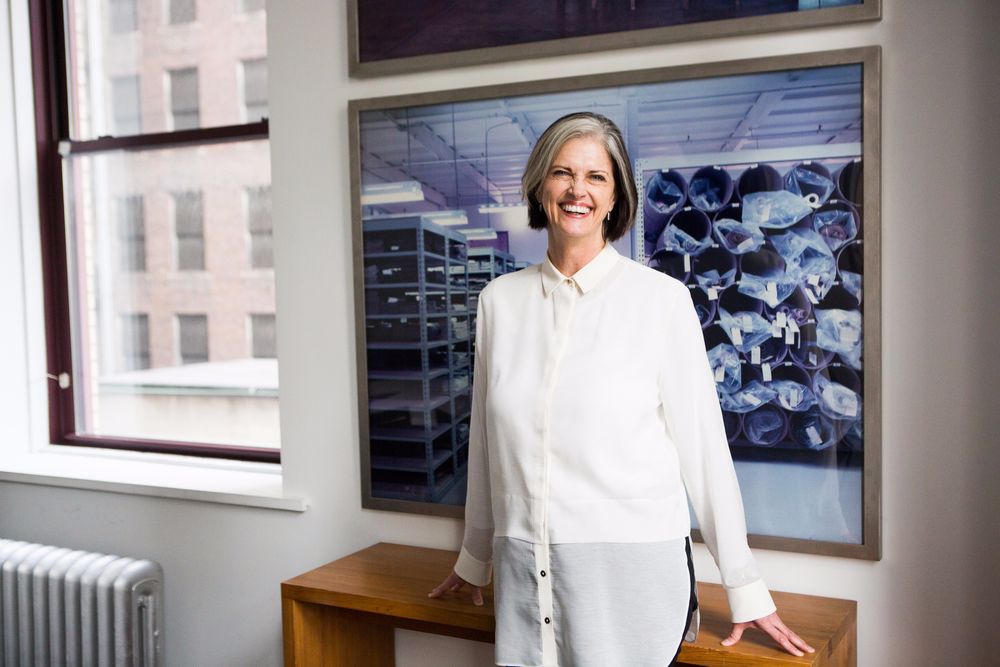 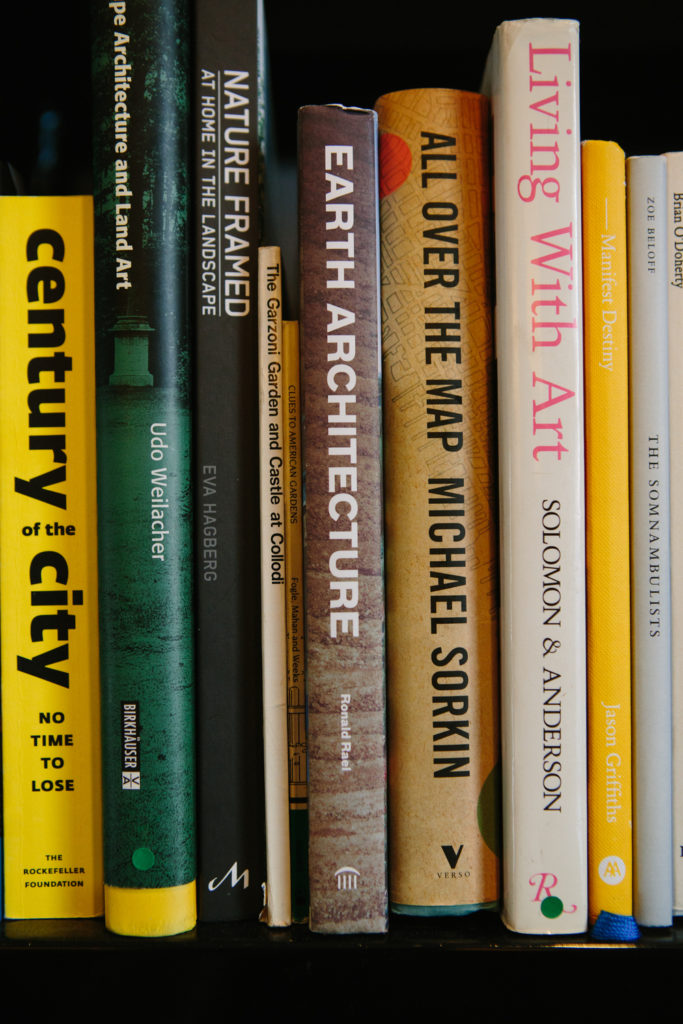 You championed “the architecture of the everyday.” What does this mean to you?
I championed this 20 years ago when I was commuting regularly up 1-95 to teach at Yale. This philosophy celebrated the beauty and inspiration in everyday life: from the diners we’d pass on the road, to new materials being used for construction. I still believe in unselfconscious design that we can all learn from, but I’m now most interested in designing buildings that are linked to where they are. So much of what gets built today could be anywhere. I’m arguing for architecture that’s specific to place.

You studied at London’s Architectural Association with Rem Koolhaas, Zaha Hadid, and Elia Zenghelis. What impact did this have on your work?
They are all completely fascinating people, but I would have to say that I was the AA that impacted my practice and opened my eyes to a different kind of architecture. There isn’t the same studio culture in the U.K. as in the U.S.—it’s much more about meeting with your critic over there.

How does living in New York inform your preferences for spare spaces and natural materials?
I love New York but because it’s frenetic, dirty, and busy, people want simplicity, clarity, and serenity in their environments. They seek an antidote to the city. In addition to designing minimalist spaces, I tend to gravitate toward natural, clean materials in neutral hues that have integrity to them.

You have said that you have a longitude interest in cities as places where things get made. What cities are particularly interesting and productive today?
Right now we are seeing an explosion in cities where things have traditionally been made or exchanged, and Detroit and Nashville are two prime examples of this. Boutique industries are thriving again—for the creation of musical instruments in Nashville, to the production of everything from belts to chairs to custom bicycles in secondary or tertiary cities. Small-scale production is really thriving again.

Has being a woman in a field dominated by men felt like an impediment? Is the playing field being leveled with time?
For all women architects I know, there is a glass ceiling of a kind. One example: I was recently sitting in business class on an airplane and was asked what I do by the man seated next to me. When I said I was an architect, he immediately asked, “Do you do interiors?” There are lesser expectations for women. In general, there is a lack of diversity in architecture, and women are certainly better represented than many other groups. Architecture is hideously underrepresented of society as a whole.

Your love of boutique hotels has led to an ongoing collaboration with 21c Hotels, a small chain of properties housed in restored historic buildings, in smaller cities. What’s important about these properties?
I came to 21c through an interesting set of circumstances: I had pitched for a project in Louisville that we didn’t get, but one of the principals liked what he heard and asked us to help revitalize that downtown That has led to work on a series of important buildings, from a conversion project in Buffalo that involves an H.H. Richardson building, to an addition to I.M. Pei’s Rockefeller Arts Center at SUNY Fredonia, to a hotel project in a Shreve Lambs & Harmon building in Durham, and an Albert Kahn building in Oklahoma City that were transforming from a Ford plant into a hotel. These are all great buildings that are of a place. We hope to transform them, yet keep them deeply grounded in their sites.

How did being a model influence your design aesthetic? Do you have an appreciation for fashion?
My mother was a lingerie designer and I’ve always had a love of fashion. She was a professor at FIT. Her creative life was an inspiration to me, as was her passion for teaching.

Are you still tied to that world? Narciso Rodriquez is a friend.
Narciso and I had drinks last night, and he gave me a beautiful book on Brazilian modernist architect Lina Bo Bardi. He loves architecture, so we always have that to discuss, as well as art exhibits at the MoMA, Supreme Court decisions, government policies, and politics in general.

Your firm hosts a rotating art program at the studio that showcases work by up-and-coming artists. How is this series curated?
A three-person curatorial committee selects work by older artists, young people, and artwork that runs the gamut from prints for paintings to sculpture and group shows. The common thread is that the art just has to interest us in some way. These exhibitions are good for office morale—very fun for parties, as they add to the studio environment. And they’re a great forum for emerging artists who don’t always have gallery representation.

New York’s Marianna Boesky Gallery, which you designed, is a combination of corrugated metal and concrete, juxtaposed against the High Line. How did the location influence your choice of materials?
The 6,000-square-foot building refers to the industrial, garage like composition of the West Chelsea neighborhood. It is composed of custom concrete blocks and also incorporates glazed white brick and corrugated metal. It was the first building built under the new High Line zoning, and it’s contextual to the surroundings. The interiors of the gallery are austere and muted, all to highlight the art within.

If you were to invite the greats of architecture and design to dinner, whom might you include?
By definition they’d all have to be dead—otherwise I’d just have a dinner party! I’d much rather invite poets, composers, and dancers, as I love talking to people who do things other than what I do. Gertrude Stein and Maria Tallchief would be right at the top of my guest list…

How has your design process evolved from early loft conversions in the 1980s to the collaboration with Rafael Viñoly on 431 Park, currently the tallest building in the western hemisphere?
We are living in cities in very different ways now and the definition of luxury has changed dramatically. Luxury is omnipresent. Much of the work that I do is “whole vision.” We design the building to the furnishings. This project was very different in that way.

Can you elaborate on the exquisite finishes, fabrics, lighting solutions and custom hardware at 432 Park?
Harry Macklowe, the developer, is an old-school modernist and came up to us because he wanted an elegant, understate, spare aesthetic that capitalized on the stunning views in all directions. We took inspiration from the classic apartments of Park Avenue for floor plans and layouts. We looked at the way spaces were traditionally used in terms of general lifestyle and the flow for entertaining in particular. Everything form the herringbone floors, to the baseboards, to the bathrooms with windows that can be seen throughout the half-floor model apartment references the work of historic Park Avenue buildings by the likes of Rosario Candela.

Which artists—and what kind of artwork—would you like to see in these spaces at 432 Park?
The walls here are vast and are designed to take art. In the model apartment there are “Seascape” photographs by Hiroshi Sugimoto, prints by Ellsworth Kelly and Donald Sultan, and the table by Yves Klein. Old Master paintings would work just as well as the light and spaces are so beautiful.

Which building or buildings do you think are the greatest of all time?
It’s hard to narrow it down, but I’m a huge fan of both Eliel and Eero Saarinen, and the First Christian Church in Columbus, Indiana, is among my favorites. The space, light, and materiality all make this sacred building feel not too precious. Louis Kahn’s library at the Phillips Exeter Academy is another great one. The materiality of it has influenced me forever.

What is one place that you’ve traveled to in the past year that really impressed you from a design perspective?
The attention to detail in Japan is incredible. It seems that everything is highly considered, from both a visual and functional perspective. This is true to the architecture, yes, but of every other craft, too. Fabric design, cooking, urban design—they all have a connection to quality and tradition, which is felt even if the idea or expression is new. Naoshima, an art-filled island, is a great example of this.

You famously eschew clutter. What’s an area of your life where you make an exception?
Books. I can’t get rid of them and they line the shelves in both my New York City apartment and at my home in Long Island. From art and architecture tomes, to fiction, to biographies to books about philosophy, I’m an avid collector.

What are the books on your bedside table?
Many at any given time. I’m currently reading the Alexander Hamilton biography by Ron Chernow; Between You & Me: Confessions of a Comma Queen by New Yorker proofreader Mary Norris; and James Salter’s A Sport and a Pastime. Next up will be 1939, a book about the failure of diplomacy to stop World War II. I always have a stack of magazines, too—everything from Vogue and Allure to The Economist and The Nation.