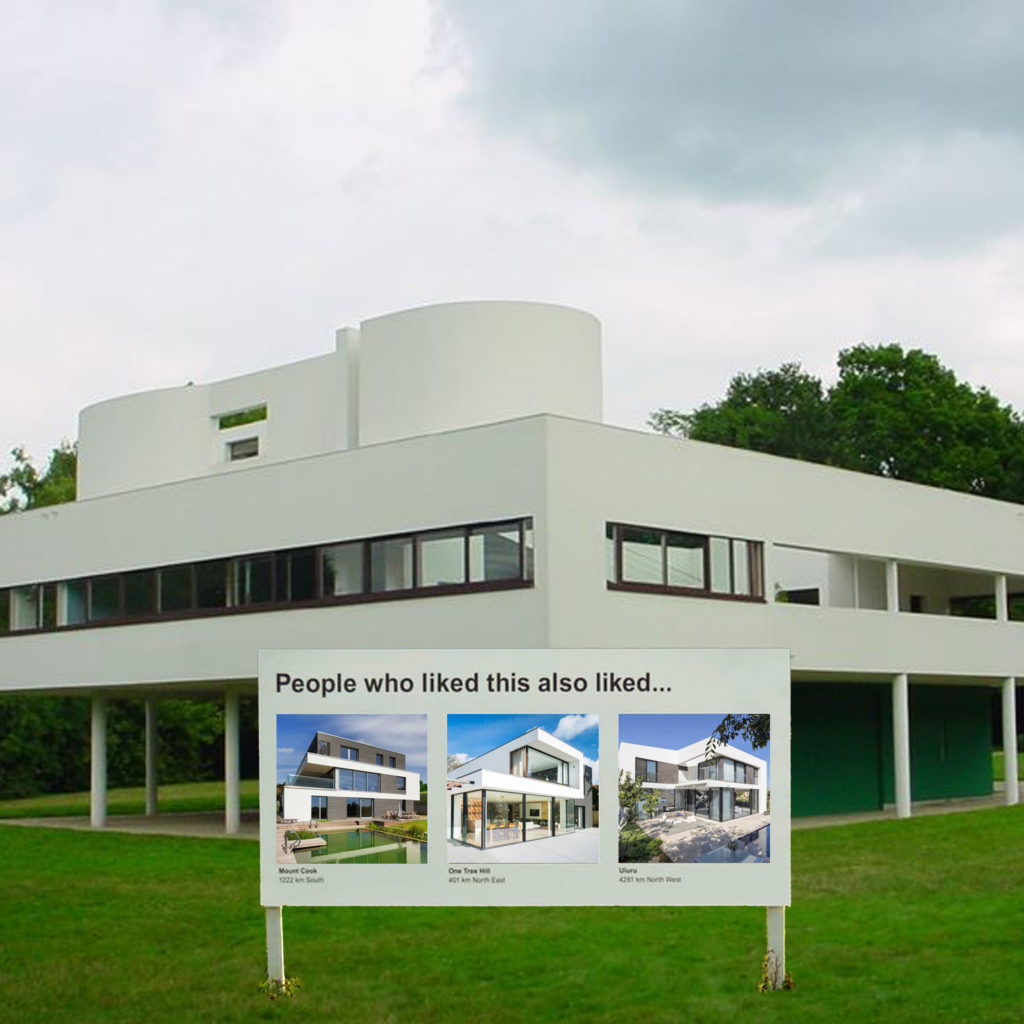 An Instagram meme account has achieved the unthinkable: it has made architecture funny. Now tag your fave Brutalist in the comments.

An Instagram meme account has achieved the unthinkable: it has made architecture funny. Now tag your fave Brutalist in the comments.

Ryan Scavnicky believes in the power of memes.

At first glance, @sssscavvvv looks like any other meme page on Instagram: clunky bottom text imposed onto stock photos, Bart Simpson, some obscure anime characters. But things get complicated when you realize his principal topic is modern architecture. Most of the memes are jokes, commentary, and critiques of architecture culture. Where does this odd-couple marriage of highbrow and lowbrow come from? And why is it still funny to someone like me who knows aggressively little about architecture?

As a practicing architectural designer, architecture critic, and faculty at the Ohio State University and Kent State University, Scavnicky sees himself as part of more than one service industry. He views architects as producers of culture, ideally in perpetual dialogue with the public. But for Scavnicky, architects have long had trouble extending the conversation beyond the four walls of their insular field. In a phrase, they need to get out more. “Oftentimes the issue isn’t that [the public] doesn’t understand. It’s that [the architects] don’t understand how to talk,” he says.

For most of us, contemporary architecture is both ubiquitous and remote. It surrounds us, yet we don’t feel equipped to discuss it. McMansions encroach on rural communities and multimillion-dollar condos homogenize our cities. There is an urgent need for a wider conversation about how buildings look and feel. Yet the language of architecture is academic, rife with jargon and seemingly arcane historic reference. For Scavnicky, new solutions already exist for these old problems. His scale model is the meme.

Memes are the ideal translators for dense, niche information. They exist as globalized in-jokes, contextualized only by the entropy of the Internet. They are infinitely accessible just as they can be marvelously irreverent. To meme something, be it Trump or Shrek, is to understand its component parts enough to reconfigure them into images imbued with new, but still culturally literate, meaning. For Scavnicky, memes are an architectural challenge of a different sort. His designer brain is deliberate in how it conveys information. His memes combine hyperspecific architecture jokes with formats you can find on massive accounts like @FuckJerry or @grapejuiceboys (“tag someone who…”, “nobody:”, pictures of Drake).

The many memes on @sssscavvvv satirize the mundane elements of the industry as well as provide succinct, lighthearted critiques that resonate ever more profoundly through their humor. Both serve to lighten their subjects by rendering them surmountable; to be able to meme something is not only to understand it but also reveal it to be subvertible.

For those of us outside the architecture ethos, Scavnicky’s familiar cultural images allow an understanding of what “that kid who builds the site model” means. We understand the positionality of Squidward and the Dragon Ball Z dude, and we are being given license to laugh; to see an architecture studio as an inside joke we are permitted to join.

On the flip side, Scavnicky’s more targeted memes seek to serve as a catharsis for students of architecture. In representing a Bjarke Ingels design as an assemblage of generic-brand sodas, Scavnicky puts forth that Ingels’s work represents “a highly recognizable stylistic position, evidence that his self-described avoidance of style is just empty pandering.” In gleefully skewering an architectural darling’s claims about his own work, Scavnicky rechristens the norm as able to be challenged. Anyone can decide what is good, what is unoriginal, and when a design is lacking cultural resonance and genuine creativity. We, the people of the Internet, are given the power to legitimatize the work by bestowing or withholding a like. Your MFA counts for nothing on Instagram.

What Scavnicky is doing on his page has broader implications for both architecture and the Internet. His memes prove that there is nothing so obscure it can’t be made relatable with just a teaspoon of satire or Redditt vernacular. As he brings architecture down to our level, he can’t help but elevate the Internet.