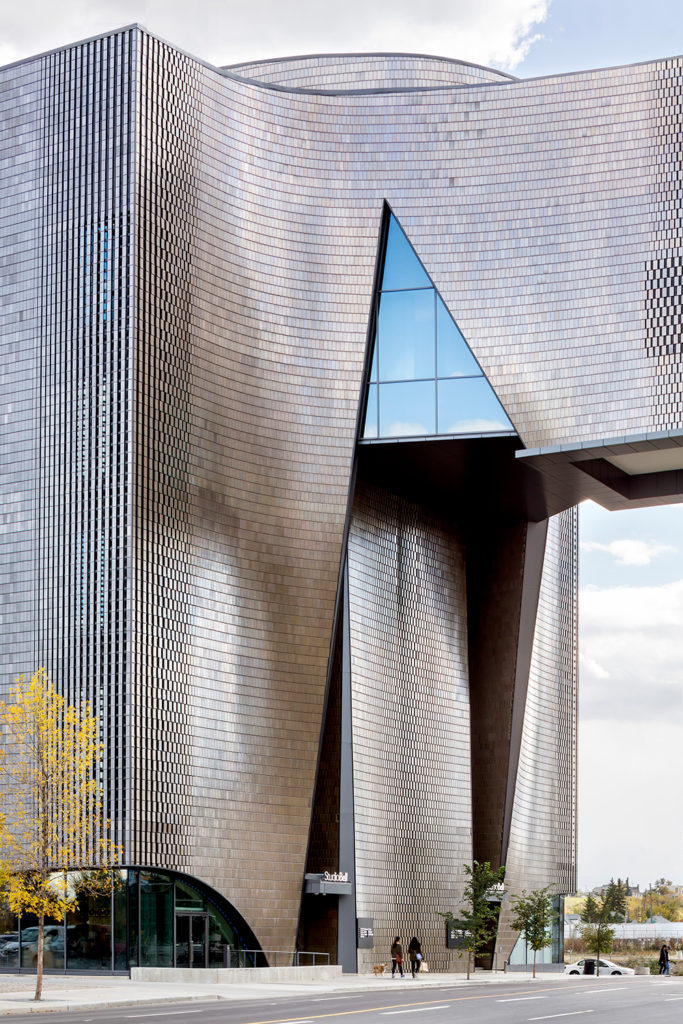 The stunning concert hall hits all the right notes.

By David Basulto, founder and editor-in-chief of ArchDaily February 06, 2017
Share
Back

The stunning concert hall hits all the right notes.

By David Basulto, founder and editor-in-chief of ArchDaily February 06, 2017

With offices in Portland and New York, Allied Works Architecture (AWA) is known for landmark-worthy cultural hubs, from the Clyfford Still Museum in Denver to the Contemporary Art Museum in St. Louis. Their latest project took them to Calgary, Canada, where their completed design for the new National Music Centre, also known as Studio Bell, was unveiled in November. Located in the city’s downtown, Studio Bell spans two city blocks, and is connected across the street by a sky bridge. The firm won an international competition for the commission in 2009, when AWA founder Brad Cloepfil initially conceived an abstract, concrete-and-brass model that, he says, “envisioned the building as a series of vertical instruments with an internal life of music, encompassing performance, exhibition, and education.” On the outside, the result is an elegant, terra-cotta-clad facade. The material, Cloepfil explains, provided a texture that “supported our concept of the building being rooted in the land of the northern plains.” The interior was designed around diverse programming demands, including a museum, a performance hall, a live music venue, and even a broadcast station. The main performance hall is an intimate space with 300 seats, but it can also open up to the lobby to fill it with music, and turn the complex into a living sound machine. 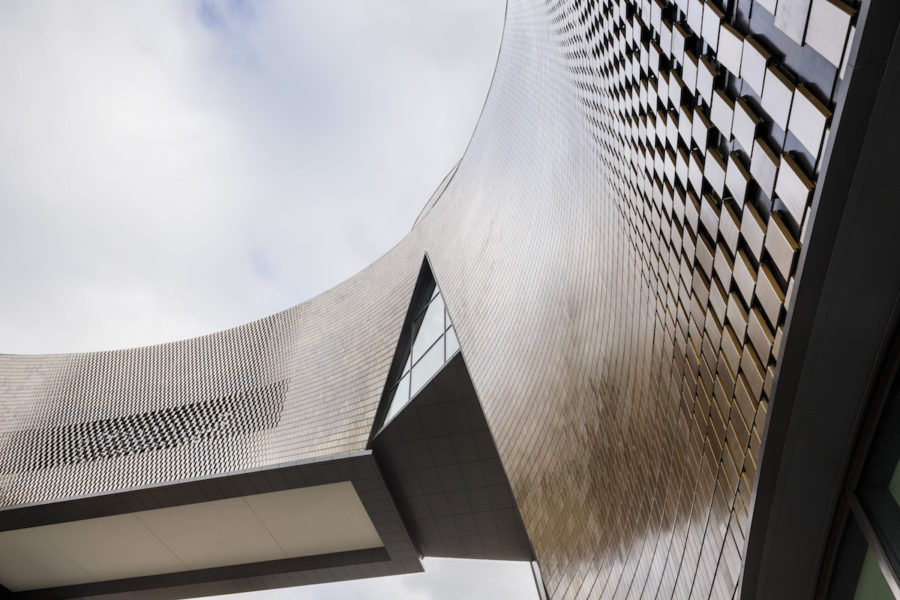