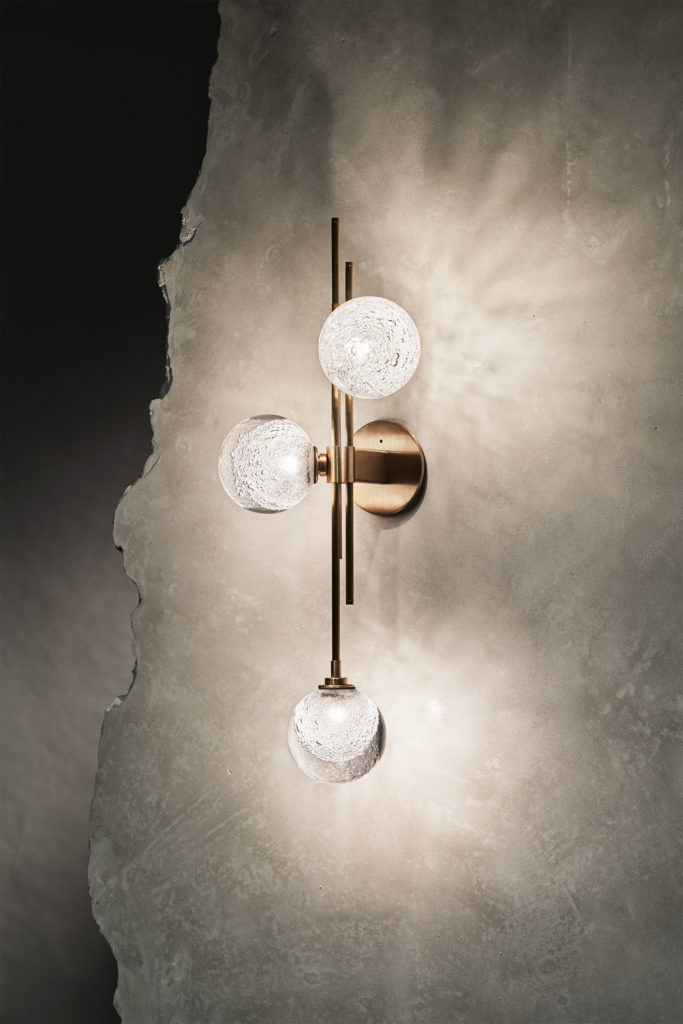 Articolo Shines a Light on the U.S. Market

Articolo is flicking on the light switch. The Melbourne-based lighting design studio opened its first U.S. showroom during NYCxDesign 2019, bringing its contemporary, streamlined forms to the American market.

Since 2012, founder Nicci Green has created over 15 collections that pair mouth-blown glass with understated fixtures and finishes made of copper, nickel, bronze, and matte black. And she’s bringing the same sensibility to the Studio Gross–designed showroom in the Madison Square Park neighborhood. “We’ve incorporated subtle curved walls with metallic bronze insertions, a monochromatic backdrop and chalky walls with a limewash finish that provide softness and depth,” Green says of the salon-style space.

Though Articolo accrued a good measure of visibility Stateside with past exhibitions at ICFF, a brick-and-mortar allows patrons to become fully immersed in Articolo’s world. “We felt opening a showroom was important for us to achieve our ultimate goal of further establishing the brand in the U.S,” Green says. “It allows us to further engage with the design community and gives us the opportunity to showcase the Articolo ethos, aesthetic, and, most importantly, the shadowplay of light that is so inherent in our fixtures.”

Eventually, Articolo plans on expanding to new markets and categories. On the horizon: furniture and home accessories, and a showroom in Paris. Where better for a next step than the City of Light?

Articolo’s showroom is in the St. James building located at 1133 Broadway in New York.