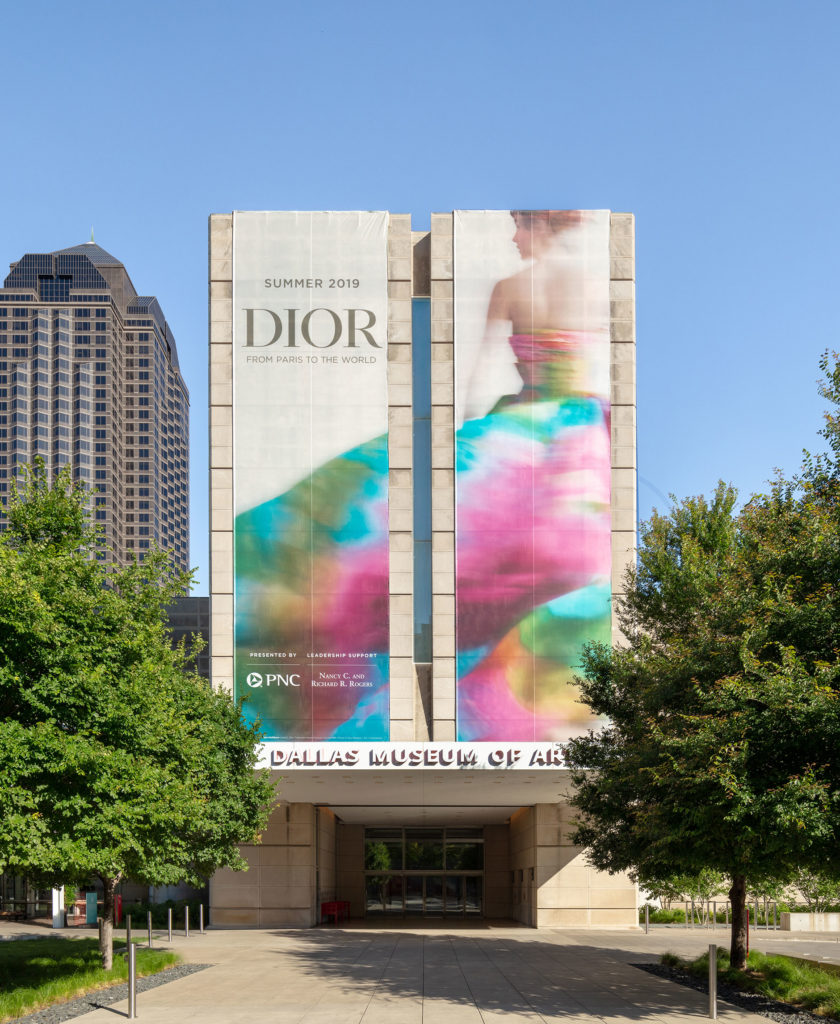 Dior Heads to Dallas with Its Traveling Exhibition

The Dallas Museum of Art opens its doors to the iconic French brand.

The Dallas Museum of Art opens its doors to the iconic French brand.

The Met’s “Camp: Notes on Fashion” isn’t the only exhibition presenting exuberant fashion. Dior, the famed French fashion label, is bringing its roving spectacle, “Dior: From Paris to the World,” to the Dallas Museum of Art (May 19-Sept. 1).

Debuting at the Denver Art Museum last fall to great acclaim, the show presents collections from all of Christian Dior’s creative heads: the eponymous designer, Yves Saint Laurant, Marc Bohan, Gianfranco Ferré, John Galliano, Raf Simons, and Maria Grazia Chiuri. It serves as an extension of the 70th-anniversary showcase, “Christian Dior: Designer of Dreams,” that premiered in Paris in 2017, and is currently housed in the Victoria and Albert Museum in London. And like its predecessor, “Dior: From Paris to the World” examines the maison’s influence on the fashion industry—but goes a step further, juxtaposing a coterie of designs with works from the museum and local private collectors.

From a large-scale baroque painting behind pastel ball gowns, to a splatter painting by Jackson Pollock adjacent to a sack dress cast in the same motif, to a Sterling Ruby work overlooking a selection of pieces inspired by the artist, curators Florence Muller and Sarah Schleuning makes it a point to highlight the brand’s close relationship with the fine art world. The duo also created galleries filled with sketches, photographs, and accessories.

It’s a monumental exhibition that relays Dior’s trajectory through the years—and proof that everything’s bigger in Texas.

Articolo Shines a Light on the U.S. Market