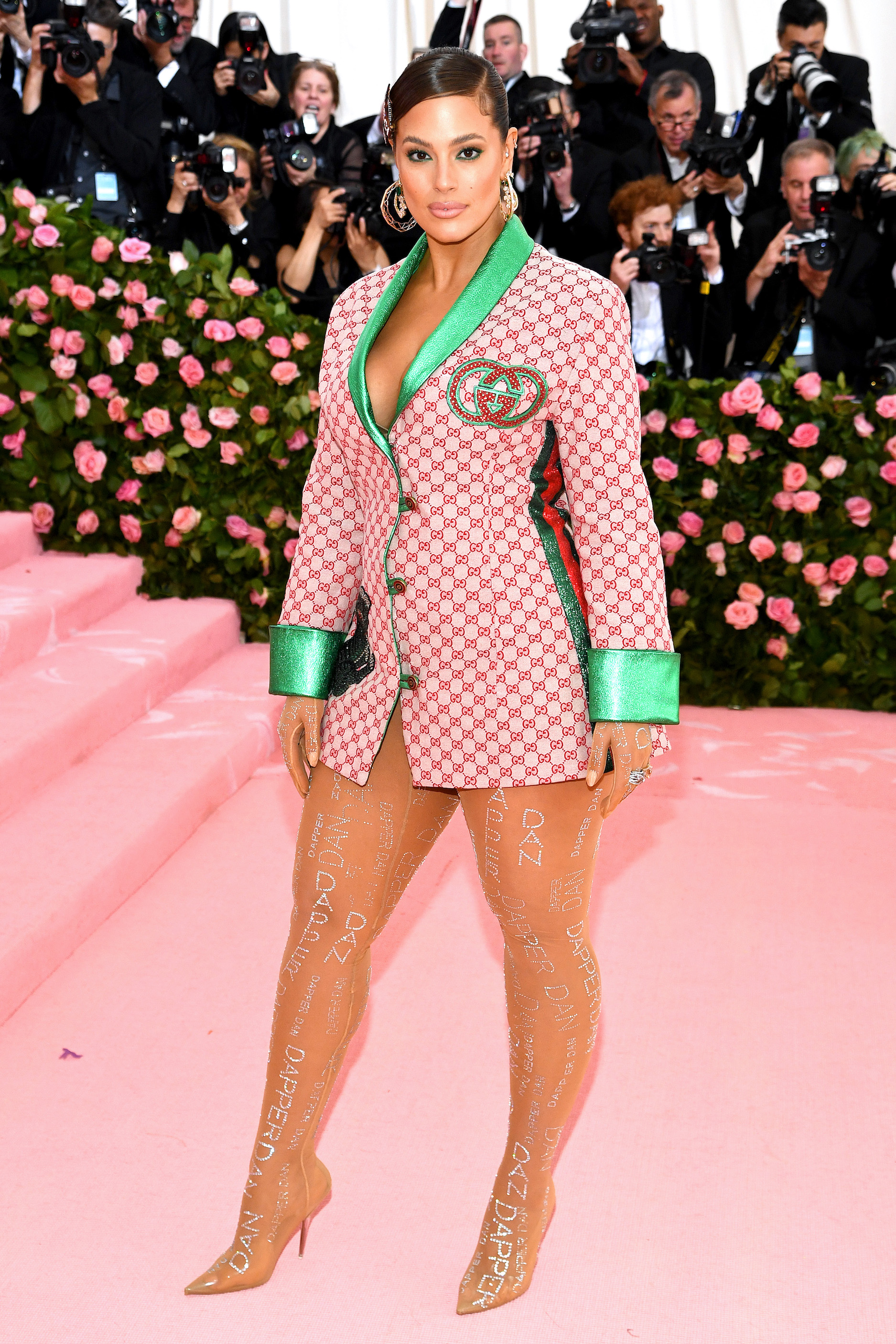 Jordan Foster Woodger outfitted her model client in a sleek, Dapper Dan suit with just the right amount of kitsch.

Jordan Foster Woodger outfitted her model client in a sleek, Dapper Dan suit with just the right amount of kitsch.

Upper East Side residents know that every first Monday in May, the circus comes to town. The annual Met Gala fundraiser for the Metropolitan Museum of Art’s Costume Institute has become a larger-than-life spectacle in which celebrities, influencers, and a who’s who of media notables flaunt extravagant duds whipped up to match the theme of that year’s exhibition. From Rihanna in a gold embroidered opera coat with a 16-foot train by Guo Pei for “China: Through the Looking Glass,” to Claire Danes in a blue ball gown covered in LED lights by Zac Posen for “Charles James: Beyond Fashion,” attendees seldom fail to astound. For 2019, the pomp and pageantry was taken to the next level.

This year’s theme—“Camp: Notes on Fashion”—gained inspiration from Susan Sontag’s “Notes on ‘Camp,’” an essay that helped classify a genre built on theatricality. And many that graced the gala’s red carpet followed suit. Lady Gaga made jaws drop with four outfit changes in the span of 16 minutes. Lupita Nyong’o spread her wings like Quetzalcoatl in a multicolored column gown with exaggerated shoulders. Céline Dion, in a showgirl getup, showed that her stint as a Las Vegas headliner has rubbed off. Kacey Musgraves came as Barbie, complete with a matching pink convertible. Katy Perry wore an actual chandelier. It was, to be sure, an elevated take on the fashion industry.

“It’s a totally different ball game, simply because of the eyes that are on the event,” says celebrity stylist Jordan Foster Woodger. “It’s the biggest stage in fashion. Not only does everything have to look perfect, but every single detail has to be well thought-out and have a purpose, as it relates to a theme and what that theme means to us.”

Woodger dressed model Ashley Graham for the event, putting her in a sequined suit by Dapper Dan and tights by Destiny Bleu of D.Bleudazzled. Covered in Gucci’s signature logo, the ensemble was emblazoned with the designer’s name across the back. Compared to the rest, her look was restrained—but it nonetheless fit right into the outré atmosphere. It is Woodger’s job, after all, to sift through collections and partner with fashion designers to find a piece that works for her client for a particular event.

“We did a custom look and it’s been very collaborative since the very first meeting,” she said. “We all brought inspiration images and discussed what each of us wanted and all landed on an idea that we were really happy with and proud of. Collaborating on something is a really fun process because you feel so much more connected to the look.”

As a stylist, Woodger has to find pieces that stick to her clients modus operandi, while also making sure that they are appropriate for the given function. Because Graham is known for wearing streamlined pieces that highlight her hourglass physique, large capes, layers of tulle and padding wouldn’t have been right for her. What did work was an elegant blazer with just the right amount of kitsch.

“Susan Sontag explains that camp is a sensibility,” Woodger says. “That is what has stuck with me. This meant encouraging Ashley to continue to do what she always does, which is to be her confident self and have fun with it—while also adding some rhinestones or feathers along with that.”