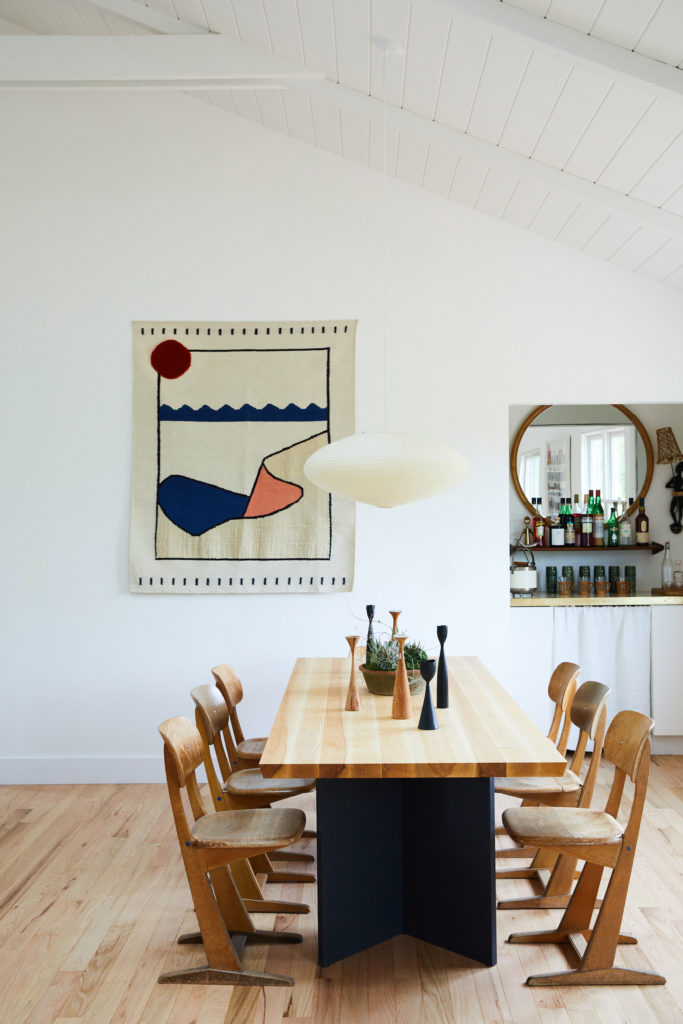 The boutique hospitality designer teams with Aelfie to dream up a limited-edition tapestry collection that evokes the stillness of sun-soaked coastal landscapes.

The boutique hospitality designer teams with Aelfie to dream up a limited-edition tapestry collection that evokes the stillness of sun-soaked coastal landscapes.

Robert McKinley knows a thing or two about boutique hotels—especially ones that employ clever design details to transport visitors to another place and time. His eponymous New York design studio has masterminded a recent spate of such need-to-know hospitality ventures, such as the Surf Lodge and Hotel Joaquin, that essentially serve as portals into halcyon moments. The latter property, a dreamy seaside retreat a stone’s throw from Laguna Beach, abounds with outdoor terraces, oceanic vistas, and rustic attributes that wouldn’t look out of place on the Mediterranean coastline.

You may need to look twice, however, to notice Hotel Joaquin’s most exciting feature. Enlivening the walls of each suite are handwoven tapestries that capture warm rays of sunlight washing dream-like coastal vignettes in the gentle glow of dusk and dawn. Designed by McKinley exclusively for Aelfie, one of Brooklyn’s most playful purveyors of graphic rugs and textiles, the limited-edition line of six tapestries “conveys moods of warmth and peace felt near the sea,” he says. Each flat-weave, which can also function as an area rug, employs varied textures to replicate breezes over the sea and sand.

Capturing the fleeting sensations of light on an unfamiliar canvas was a welcome challenge for McKinley, who credits the collaboration for helping fine-tune his weaving skills. “It was interesting to learn what we could or couldn’t do,” he says. “Certain line weights and curves couldn’t be achieved, but that’s what gives them their unique feeling.” It’s rare to see a debut collection so fully formed and cleverly crafted, but harnessing the hidden powers of light to enliven interiors has become almost second nature to McKinley. “It’s all about the angles light creates, its color, and how it changes the color of objects in a room.” Take Hotel Joaquin as living proof.

The Naked Truth: Carine Roitfeld on Post-Vogue Life, Her New Perfume, and Collaborating With Karl Lagerfeld