Highlights from a week of looking to the past and the future, if not the present.

Highlights from a week of looking to the past and the future, if not the present.

In the wake of the Brexit vote, many shows during London Fashion Week had a heightened sense of British identity tempered by a surprising feeling of ease. Both were on display in collections that were sometimes nostalgic and other times looked to the future.

Nods to the present were rare. Though notable exceptions included Christopher Kane’s 10th anniversary runway show, a melange of mod florals, marbled prints, and metallic lamé, paired with bejeweled Crocs (yes, Crocs). And the immediacy of Burberry’s see-now-buy-now collection, which set the bar high for the retail model du jour. The clothes themselves, however, took a cue from Virginia Woolf’s 1928 Orlando: A Biography. After a series of sleepy seasons, Christopher Bailey hit his stride in the gender-fluid mix of men’s and women’s printed silks and military jackets.

Meanwhile, subtle messages were delivered by designers like Erdem, who pushed his feminine agenda by way of Edwardian silhouettes, ruffled skirts and dresses, grosgrain details, and jacquards. Altogether, it amounted to a sophisticated—and slightly cryptic—collection fit for a women on a secret mission, as was an English Civil War countess who provided Erdem with his inspiration. Simone Rocha reconciled typically girly eyelets, balloon sleeves, and florals with rubber gloves and lucite-heeled Wellington boots causing a tension of social status.

On a brighter note, Roksanda Ilincic provided a glimmer of optimism with her signature use of color (though more subdued than usual), full-of-motion silk dresses and pants, and Matisse-like shapes. Interestingly, a pair of idiosyncratic accessories designers, Charlotte Dellal of Charlotte Olympia and Anya Hindmarch thrilled with their respective ready-to-wear collections. The former’s feel-good show started with white and cream separates paired with sunny, tropical shoes and bags, but ended with a twist: Models dressed as fruit—a strawberry, banana, pineapple, et al.—paraded down the runway before an exclamation point of synchronized dancers in gold bathing suits and Olympia’s stilettos. Hindmarch charmed with futuristic ladies who lunch carrying curiously adorned and ombre handbags as they circled the geometric runway. 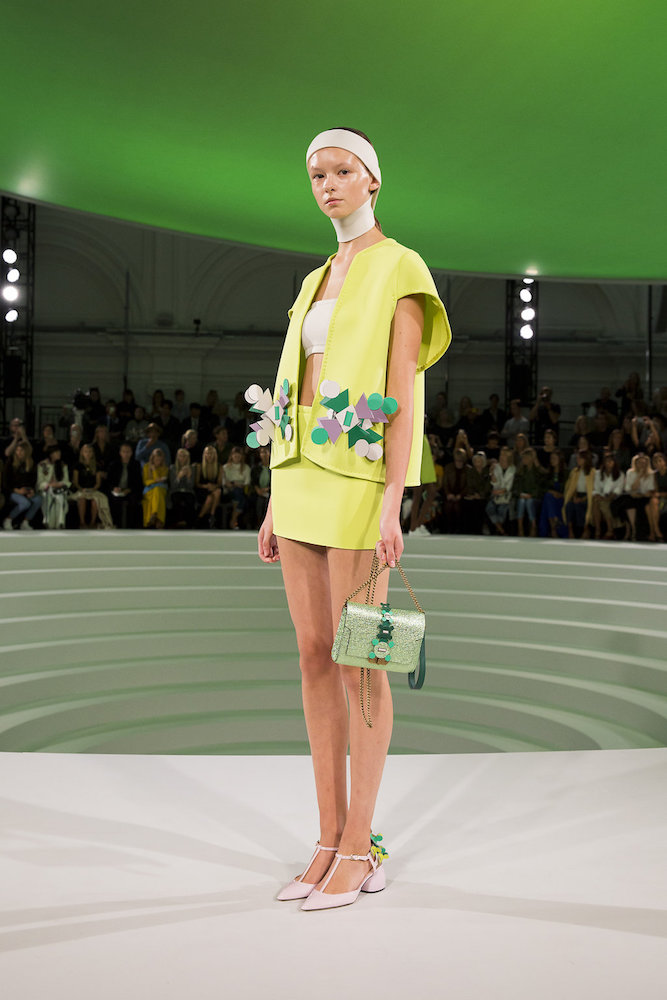 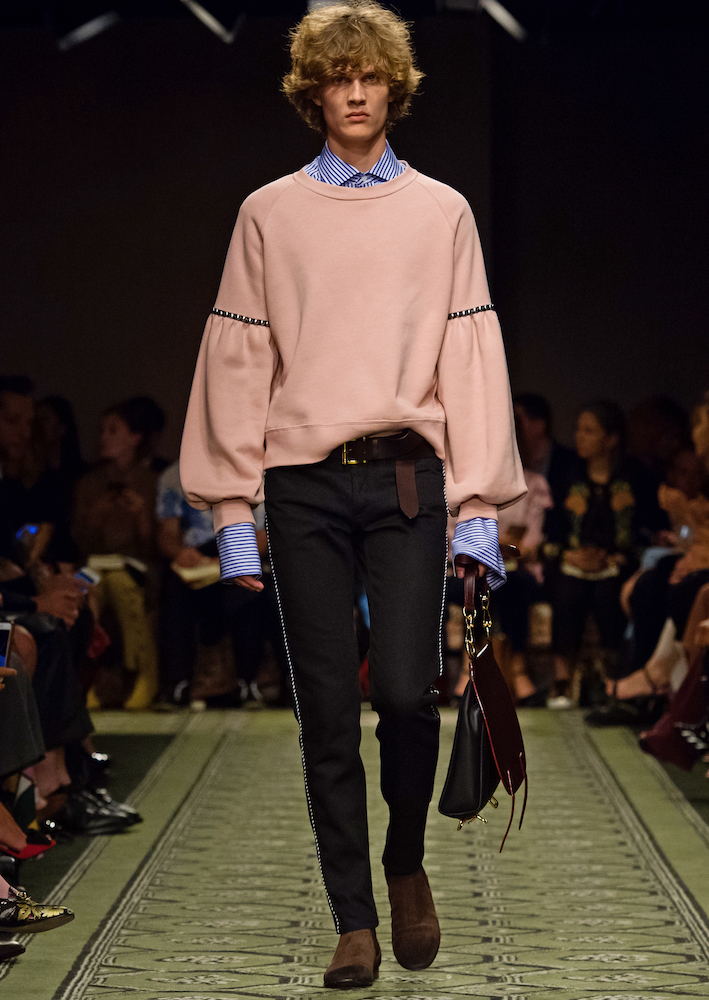 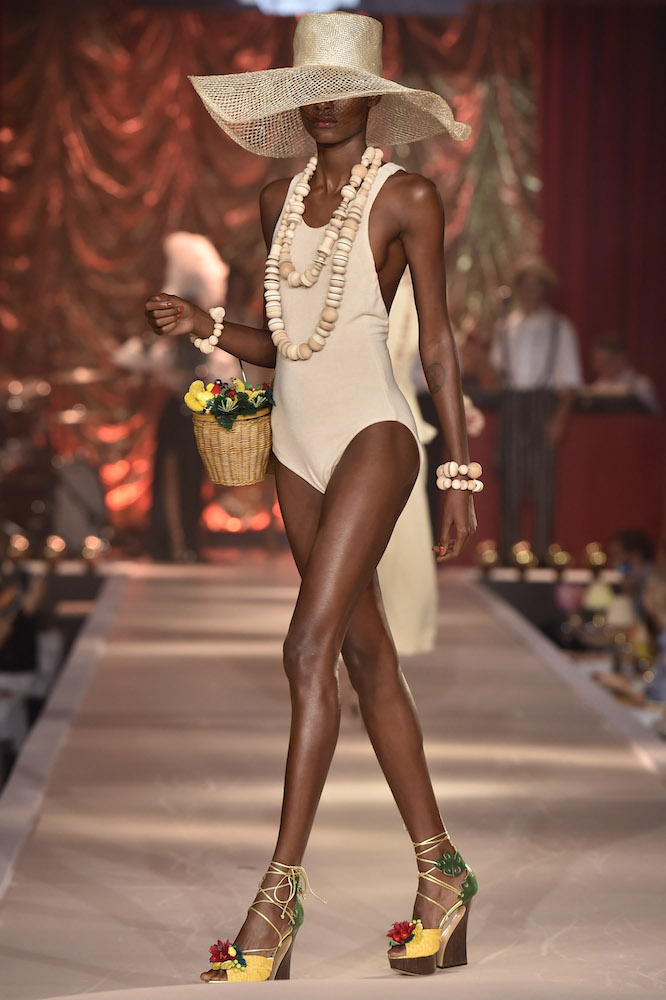 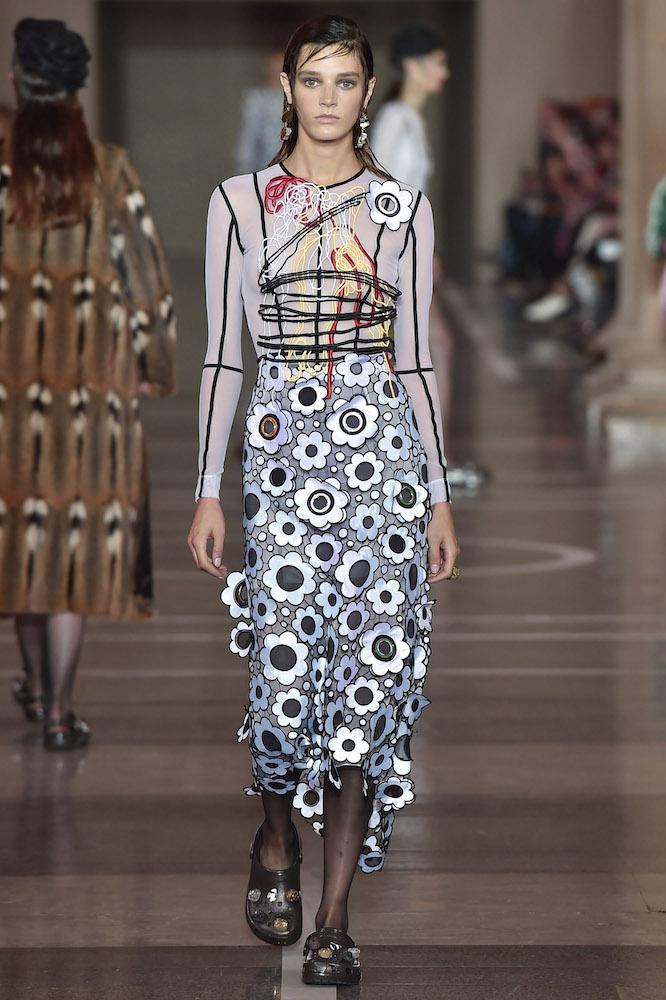 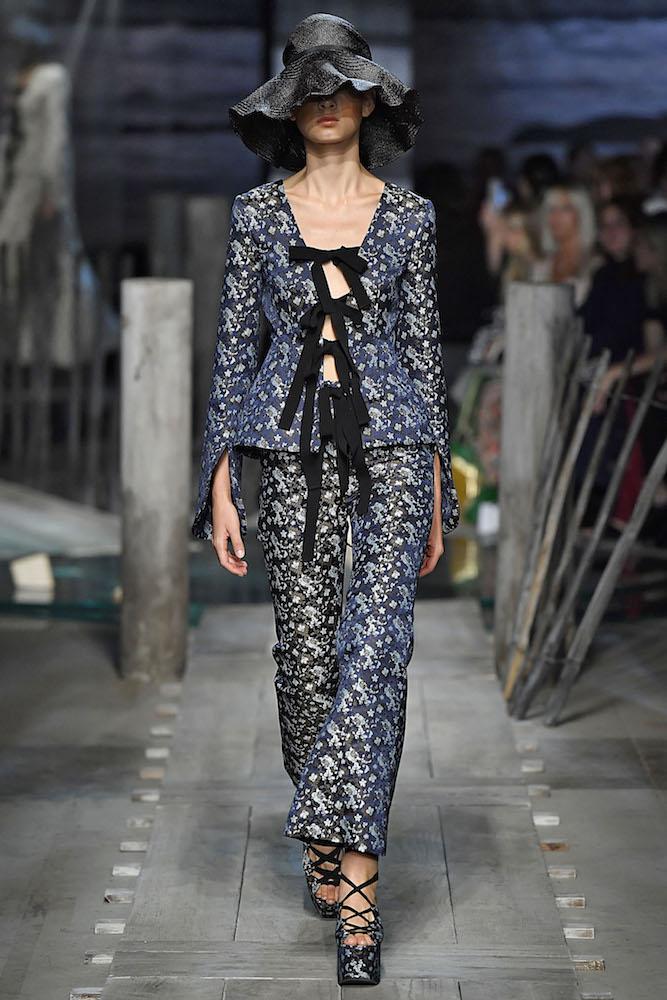 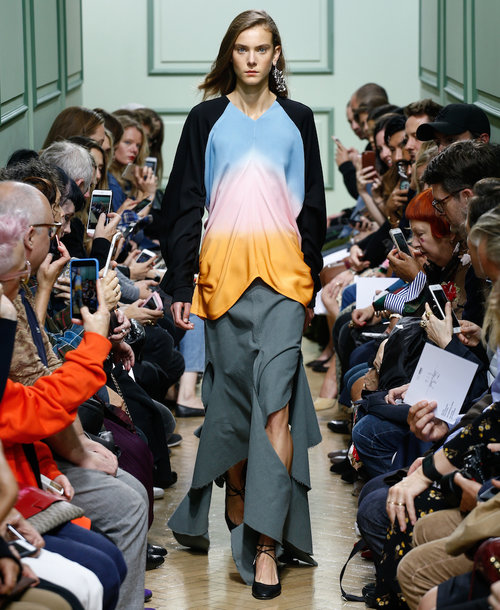 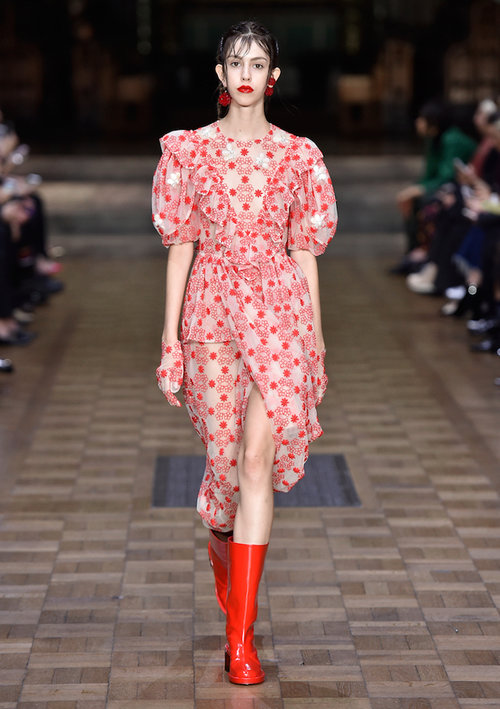