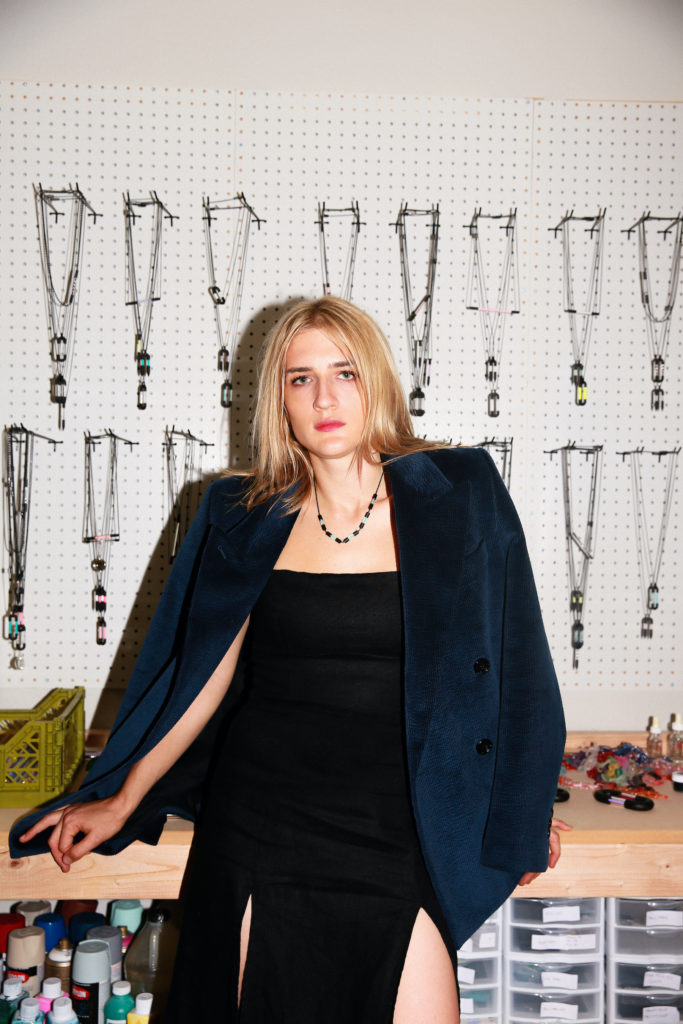 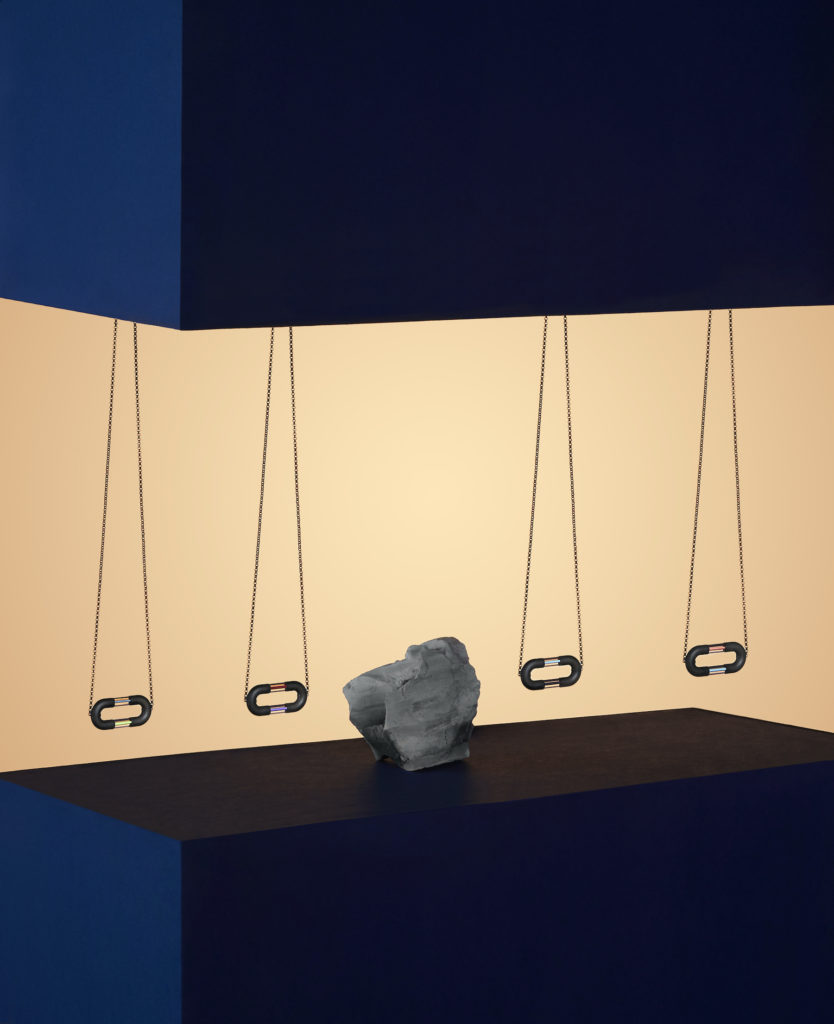 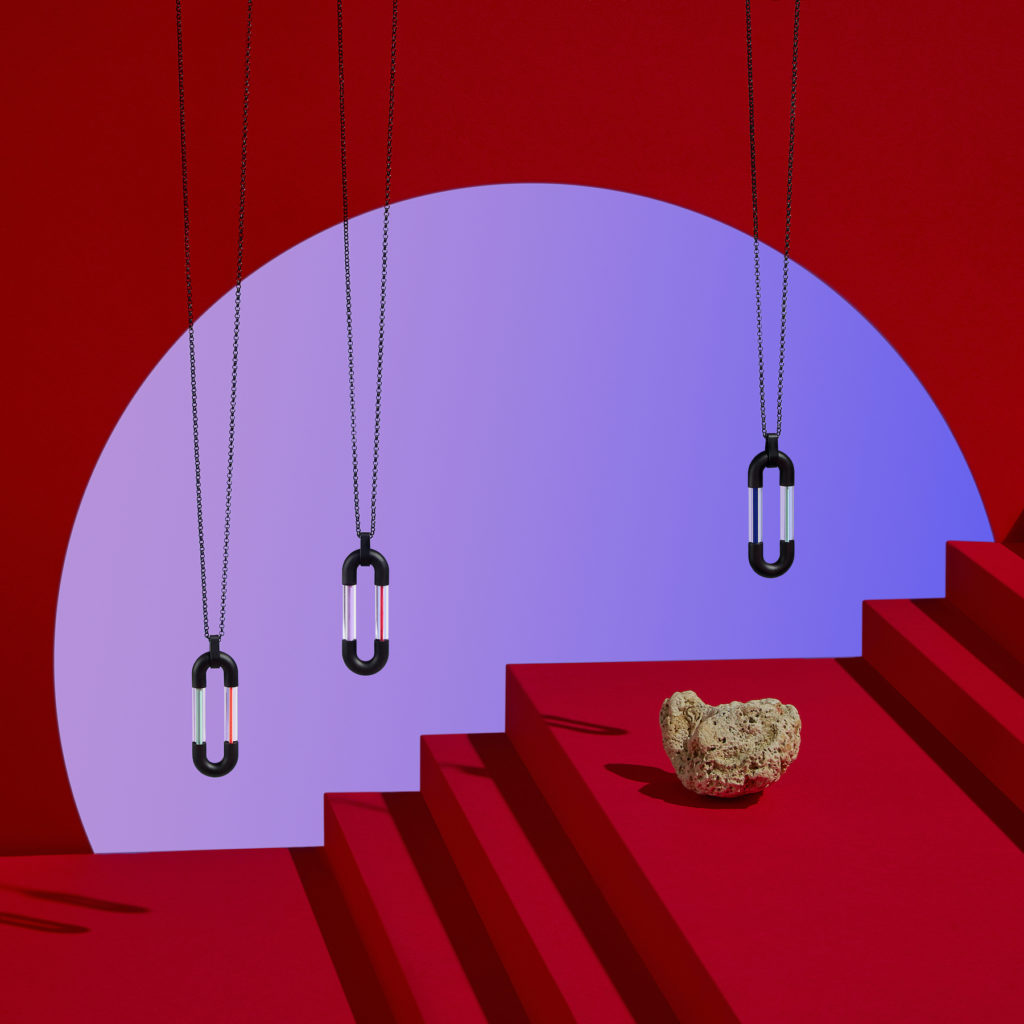 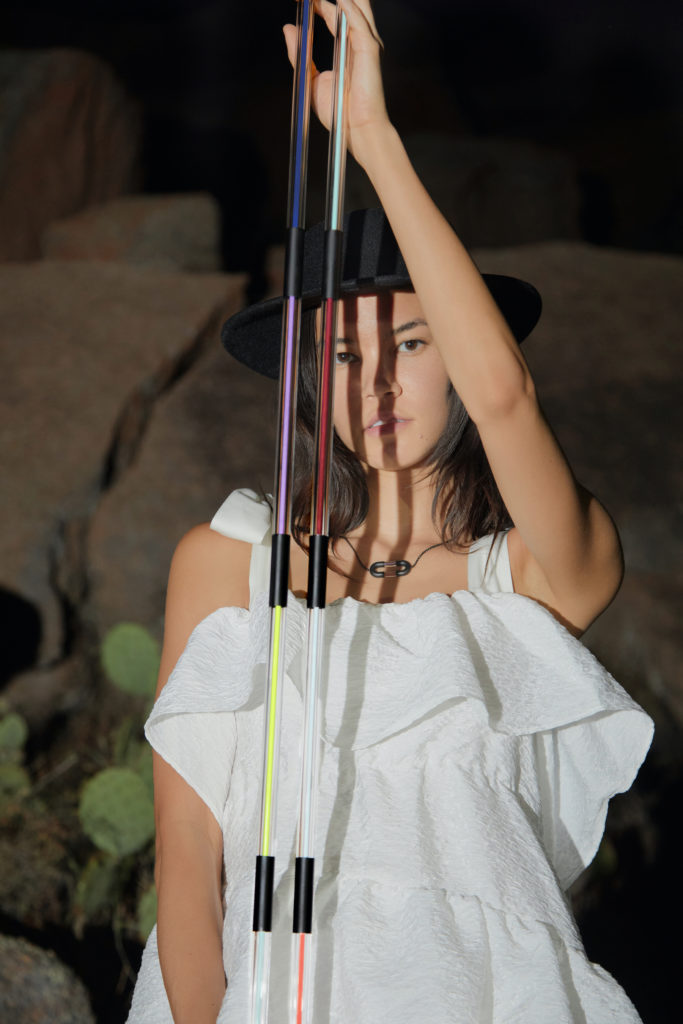 Designer of the Day: Cat Merrick

Describe what you make: I deconstruct traditional jewelry themes of light and color with experimental materials like painting pigment and scientific lenses. When jewelry is referred to as sculptural, it is usually in reference to traditional lost wax casting and modeling technique going back to antiquity. I don’t use a single construction technique in common with traditional jewelry, but I’m influenced by the experimental optics of contemporary sculptors like Olafur Eliasson. In other words, it is sculptural, but in a contemporary sense.

The most important thing you’ve designed to date: My current favorite is a deep mirrored crystal called Far Sight that reflects its own walls. Just as diamonds are cut to refract as much light as possible, Far Sight makes light the subject. It’s an object that disappears behind the light it moves.

Describe the problem your work solves: It provides a change in perspective. The point of art is renewed perception. The art object isn’t important. The minimalists wanted you to fall in love with a cast shadow so that you might notice cast shadows in your own daily life. Art is just a tool to bring the ordinary world around us back into focus.

Describe the project you are working on now: I’m putting together a line of sculptural objects made with painting pigment. Pigments have been refined to a tight family of colors over thousands of years of experimentation. They’re the purest physical expression of color. The work evolved out of my Pigment jewelry, sized up three times to enable exploration of more complex color relationships. I started out as a painter and know more about art than anything else. I often use design as a way to tease out an aesthetic idea from painting, clarify it, and display it. That doesn’t get more literal than containing pigment in glass.

A new or forthcoming project we should know about: My new jewelry collection is called Strange Days. The namesake piece is inspired by prayer beads used as timekeeping devices by a variety of cultures throughout history. Each pigment-filled bead represents a day, isolated and contained in glass. It was a poetic attempt to create order out of the anonymous days of quarantine. I spent that time in Texas, experimenting in psychedelic heat. I wanted to speak to how surreal that time was, and also what a redeeming act of hope it was to keep making new work. It’s now available at catmerrick.com.

I’m also putting out a line of minimalist bolos later this fall. There’s a long history of New York artists heading to the American Southwest to find creative freedom. The bolos came out of my time in Texas and will be my tribute to that legacy.

What you absolutely must have in your studio: My dog Obi. When I forget my mask I can steal his bandana.

What you do when you’re not working: Road trip to a museum in another city. It’s a confusing time to be an American, but a cathartic open road freedom fantasy is baked into all of us.

Sources of creative envy: Francis Bacon. As soon as he was good at anything, he tried to make it hard for himself again so that he wouldn’t become boring.

The distraction you want to eliminate: In our own minds, our new ideas are infinite. Only feedback boxes us in. I’m very protective of that space until the right moment.

Aliens or ghosts? Ghosts! The pandemic has me thinking about that sheet with eye holes that a ghost puts on to be seen—a boundary that presents it to the world, but also separates it. This time has been defined by physical boundaries around the ari between us, by walls that make the inside air more dangerous, by masks that contain my air from yours—and a total renegotiation of how visible we are to the people we know. A bed sheet ghost is a fitting visual. (I spent the quarantine containing things in glass. I had some time to think about these things.)

Designer of the Day: Adi Goodrich

Designer of the Day: Tara and Tessa Sakhi