Gordon Gill, a partner at Adrian Smith + Gordon Gill Architecture, describes the building’s look and feel as “one of tailored elegance,” noting that the firm “strove to develop an expression that was specific to the massing ensemble and orientation of the tower.” For the interiors, he explains that “texture, palette, and material selections were made in order to address a softer, more sustainable, and sophisticated expression.” 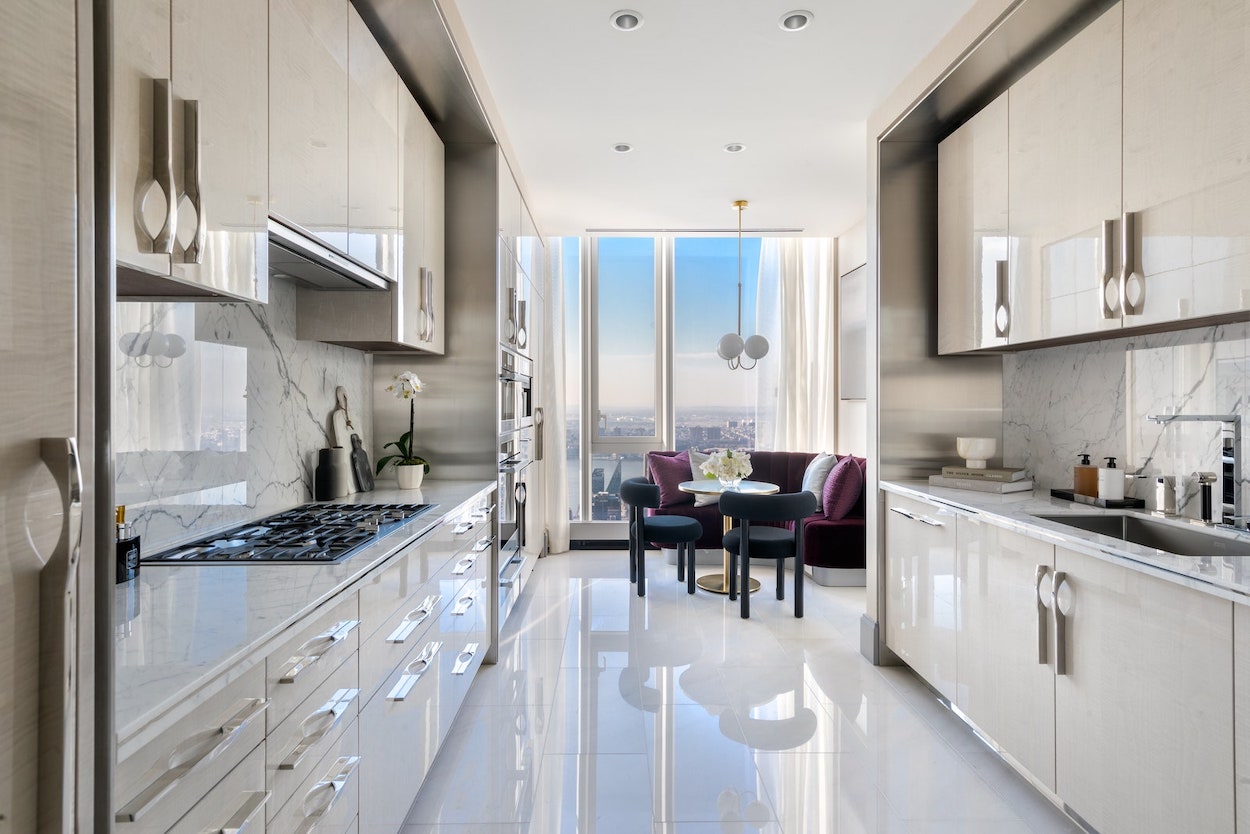 Extell Development Company, the building’s developer, predicts that the arrival of Central Park Tower may herald the resurgence of the ultra-luxury condo market after a period in which many wealthy New Yorkers fled to the suburbs and countryside for more spacious digs during lockdown. This is largely thanks to generous discounts that are helping sell a surplus of units sitting vacant following the high-end construction boom that followed the 2008 financial crisis. According to Pamela Liebman, the CEO of Corcoran Group, it’s “pretty clear there are buyers for these uber-luxury apartments, these apartments at the utmost high end of the market,” she tells Bloomberg. “We feel the momentum is with us.”

While that outcome still remains to be seen, Central Park Tower offers a range of top-notch amenities to attract buyers. These include the Central Park Club, a 50,000-square-foot dining room and kitchen with Michelin-star chefs, another private residential club on the 100th floor that’s touted as the world’s tallest, a health and wellness center, and a retail partnership with the seven-floor Nordstrom flagship that sits at the building’s base. With all these world-class amenities in tow, perhaps the building’s new residents will have a slightly better time than their neighbors over at 432 Park.

Adidas Sells Reebok for $2.5 Billion, and Other News