Colette Steckel has plucked motifs from her Mexican heritage for Penacho, a new collection inspired by the feather headdresses worn by Aztec warriors. Since founding her namesake brand in 1995, the Mexican-slash-French jewelry designer, who splits her time between Los Angeles, Paris, and Mexico City, has often riffed off her jet-set lifestyle, taking different aspects from both sides of the Atlantic to form pieces that give glimpses into her world. But with Penacho, Steckel’s roots are made more apparent.

“Some of my greatest inspiration comes from the different cultures that I’ve experienced throughout my extensive travels around the world, but surprisingly, I had yet to create a collection singularly influenced by my Mexican heritage.” she says. “Penacho adds a more personal piece of myself to my brand.”

The collection comprises of selection of open rings and bracelets, ear crawlers, studs, and bib necklaces, all of which come in a variety of metal and stone combinations. From a piece with white diamonds, onyx, and mother of pearl set in yellow gold, to one with malachite, lapis, and white diamonds set in white gold, the juxtaposition of materials are meant to mirror the vibrancy of hummingbird feathers. In fact, it was after seeing these stones together and noticing how they resembled the garb of ancient Mexican people that prompted Steckel to dive deep into the lore.

“The colorful feather headdresses were worn by Aztec warriors to honor Huitzilopochtli, the god of that sun and war, whose name translates to ‘hummingbird of the left,’” she explains. “Aztec legend told that warriors who lost their lives in battle would be reincarnated as hummingbirds.” And to highlight this theme even more, the silhouettes take after the long, jetting plumage, extracted from an array of colorful birds in the region, particularly the resplendent quetzal, which form these elaborate show-stoppers. “The stones are cut at such severe angles to create an array of geometric feathers,” she adds.

The most famous one allegedly belonged to Moctezuma II, and is currently on display at the Museum of Ethnology in Vienna, inside a glass case. Steckel’s Penacho collection, however, is much more accessible, allowing consumers to imbue the spirit of an Aztec emperor without all the pomp and circumstance. “A Colette woman is independent and willing to take risks, just like the warriors who the Penacho collection is inspired by,” she says. “It evokes this fearlessness, and shows that with beauty, there is endless power.” 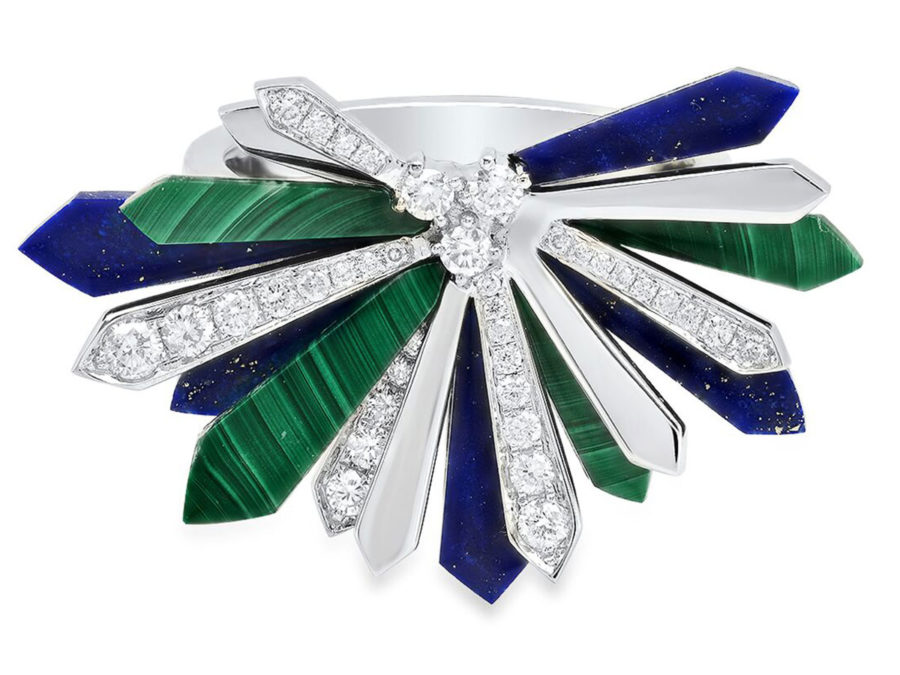 The Penacho collection retails from $1,600 to $42,000, and us available at Colettejewelry.com.