This designer is giving objects a chance to speak.

This designer is giving objects a chance to speak.

Inside a period room at Hotel Cabrières-Sabatier d’Espeyran in the South of France, Constance Guisset’s modern objects are talking to their antique counterparts. Their dialogues underscore the designer’s latest exhibition, “Les Formes Savantes,” on view at the hotel until Sept. 30. In what she calls a play between objects, a prerecorded script sits in for the imaginary voices of chairs, lamps, tables, and decorative pieces.

When one of Guisset’s desks asks an 18th-century one what it’s going to become, the conversation takes a theoretical turn, to the industrialization of art and art collecting. “Most objects from the nineteenth century are in main collections and are exemplar typologies” she explains. In the play, Guisset gives antique objects a pretentious tone, with lines that playfully snob newer designs: “I’m in the collection,” they brag. But the modern pieces respond with wit: “We don’t care about being in the collection,” they say, even though some of them are in fact owned by national museums.

When Guisset first started conceptualizing the show, she noticed similarities between her pieces and antique ones, and wanted to—quite literally—play that out. “In three thousand years nobody will see a difference,” she adds, referring to similarities among the objects. “Just as we don’t see the difference between something from the middle ages and something from a hundred and fifty years later.” The play-exhibition hybrid is not only a commentary on contemporary design, but a curiosity suppressor for those imagining what their furniture would sound like if it could talk—and had a good sense of humor. 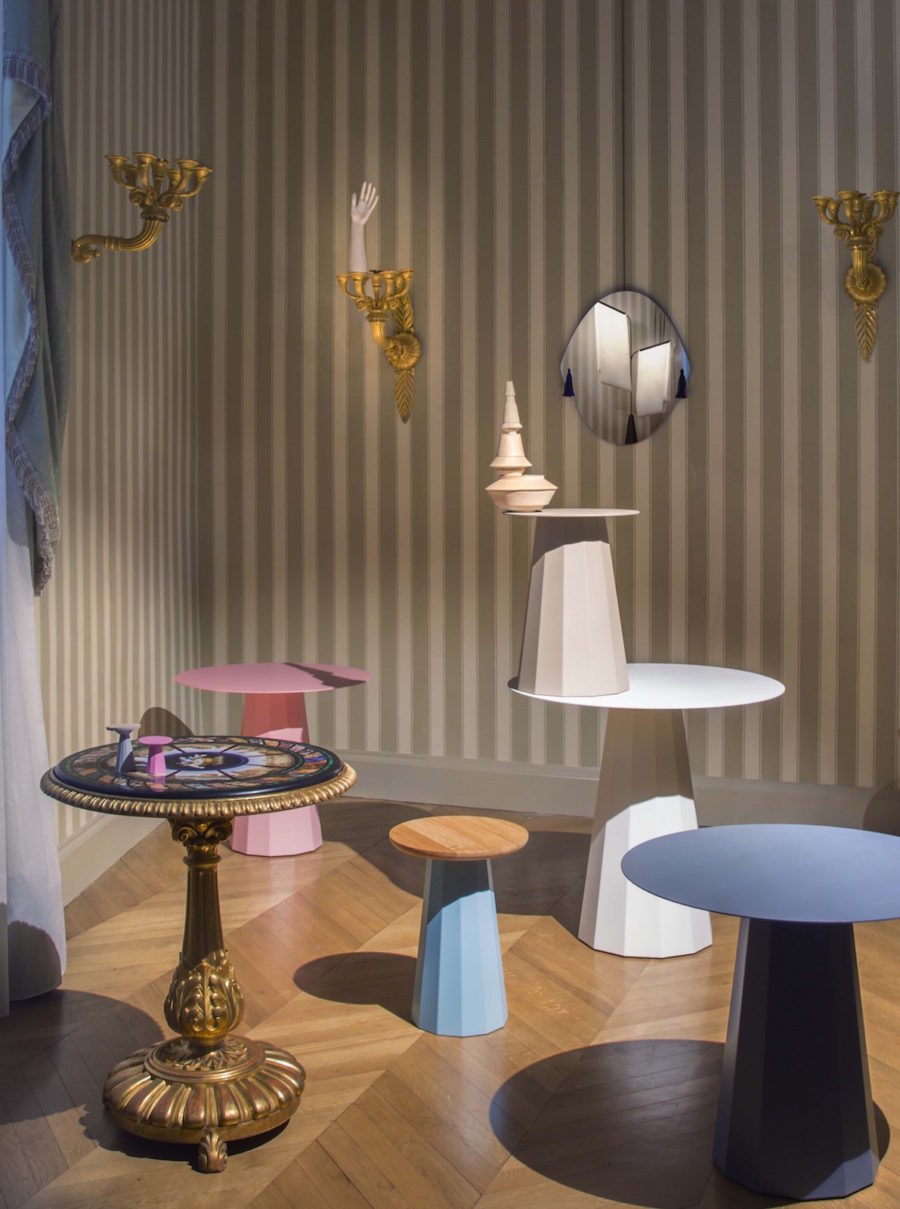 Designer of the Day: Brit Epperson

Designer of the Day: Atelier Caracas

Designer of the Day: Helena Clunies-Ross

Designer of the Day: Lally & Berger

The Malin Makes a Splash in SoHo