This Furniture Collection Is Like a Cast of Characters

There’s something undeniably anthropomorphic about Ultraframe, UM Project’s new six-piece furniture collection. Consisting mostly of curved masses set atop four legs, the objects demand a type of attention usually reserved for conscious beings. “Often, we’ve been described as designing characters,” admits François Chambard, founder of the multidisciplinary firm. Indeed, UM Project’s previous designs often feature circular, friendly shapes, sometimes clustered together so as to hint at a face. It’s furniture with a personality. Still, this collection was a departure. Instead of their usual bold colors, the team restricted themselves to a neutral palette, allowing only the occasional touch of blue. Materials are presented in their natural states, unadorned. Each variant of aluminum, cork, fabric, and steel has been thoughtfully selected so as to simultaneously evoke naturalistic variability and machine-made exactness. “Our work transcends the handmade and the mass-produced,” says Chambard. “We combine the digital and the analog.”

Inside one piece, I find another piece of the digital made analog: an anime figurine, standing en garde on a honeycomb aluminum shelf. After I prod a bit, Chambard lets me in on the joke: it’s Ultraman, a cult character, and its inclusion is a tongue-in-cheek reference to the name of the collection. Chambard smiles. “You should check it out, he’s a pretty great character.” 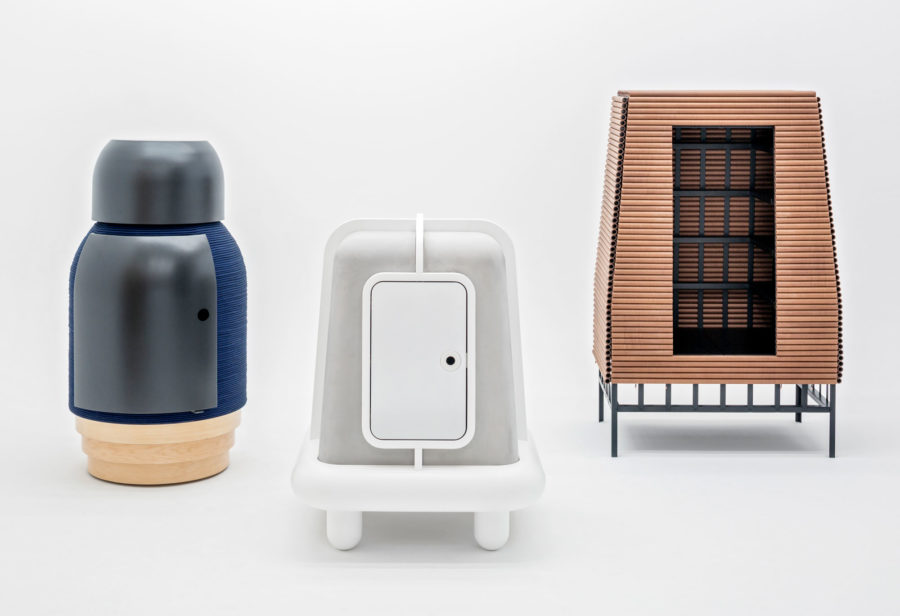