This Design Firm Puts Top Projects in the Best Light

By Paul Leow
Produced by Surface Studios August 30, 2018
Share
Back

A minute before midnight on December 31, 2007, the world watched as the Times Square Ball began its countdown descent for the 100th year in a row. The centenary of the New Year’s Eve ritual was especially spectacular in large part due to the modifications made to the ball itself: a brand new circuit of LEDs and mirrored panels that reflected the dazzling light through Waterford crystals cut on both faces. These updates were designed and implemented by Focus Lighting, an architectural lighting design firm based in Harlem, whose varied portfolio ranges from museums and monuments to hotels and nightclubs. 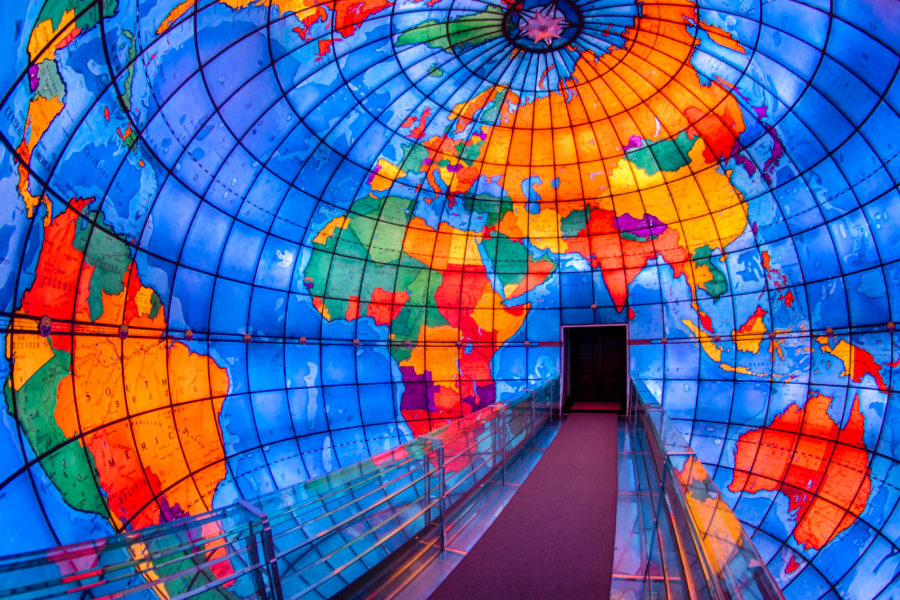 Over the years, Paul Gregory, who founded Focus Lighting in 1987, has built a strong team around himself, including Brett Andersen and Christine Hope, both design principals at the firm. “One of the things we tell people,” says Andersen, who is also a partner, “is that they have to spend time playing with light. Have a light fixture in your hand and try to light something so that you can start building a visual library, a memory of how light works.” This hands-on design philosophy is evident in Focus Lighting’s “lightlab,” a dark, two-story room in which the team experiments with and perfects different techniques, lights, and materials. The firm’s office space in Harlem is another realization of this philosophy, utilizing a series of mirrored tubes that funnel sunlight into the spaces, making even a windowless room feel connected to the diurnal movements of the sun.

Both Andersen and Hope come from theatrical lighting backgrounds, a practical and technical training which they say has influenced their current work. “[In theater,] you’re looking at a composition on stage, and you’re creating one emotional state after another,” says Hope. There’s a similar level of drama that they aim to achieve in each project that they work on, from the Mapparium at the Mary Baker Eddy Library in Boston, to the Ocean Wonders: Sharks! exhibition at the New York Aquarium. “That’s another parallel with what we did in theater and what we bring to our architectural work—the idea of coming up with a central concept, a theme for the design.”

One of the company’s most prominent upcoming projects is happening a few blocks from where the Times Square Ball drops, at the Waldorf Astoria, where they’re designing the lighting for the renovation of the famed hotel. With the hotel interiors recently having been designated a New York City Landmark, the challenge for the firm is to modernize the lighting with new technology and techniques while maintaining the iconic art deco atmosphere of the spaces. At the other end of the spectrum, Focus is lighting the displays and live specimens for an upcoming exhibit on BioArt—an art practice that uses microorganisms to create patterns, designs, and images—at the Liberty Science Center in New Jersey. “There is a commonality to how we approach all those different types of projects and the diversity keeps us excited day to day,” says Andersen. “It doesn’t matter if it’s a big project or a small project—we just want to make a difference with lighting.”

After 10 Years, Ventura Projects Draws to a Close

Designer of the Day: Nazara Lázaro

Designer of the Day: Cody Hoyt

Designer of the Day: Paul Chan

What A/D/O’s Closure Means for the New York Design...