As a child, Emily Adams Bode became enchanted with objects from bygone eras. Monthly trips with her mother to antiques shows around their hometown of Atlanta, Georgia, fueled Bode’s obsession with early-1900s dolls and their miniature beds, which her maternal aunt outfitted with doll quilts from the same period. Years later, in New York, Bode’s appreciation for vestiges of times past evolved with her menswear and philosophy studies at Parsons and Eugene Lang College, and eventually led the designer to rethink how to preserve heirloom fabrics. Since establishing her eponymous label last year, the 28-year-old has reimagined antique textiles—from 1920s French bed linens to Victorian quilts from New England—as soft, workwear-inspired separates. Though Bode’s mostly one-of-a-kind styles incorporate just a small percentage of new textiles, the designer ensures that these materials are handmade in ways that are comparable to their antique counterparts. From her Lower East Side apartment-cum-design studio, Bode expounds on the familial stories central to her practice and how they fit into the fashion sphere.

What interests you about using antique textiles?

I want to archive histories and family narratives for future generations. We need a new way of holding on to these beautiful items. We don’t put heavily embroidered quilts on our beds anymore or have linen closets as large as our parents had. I’m trying to evoke sentimentality for the past by creating new heirlooms.

How do you facilitate an emotional connection between a historic fabric and a modern wearer?

Each season is inspired by a personal story. The spring 2018 collection was about my uncle and his mother in the South of France and their relationship to [their] attic. She told me that the happiest moments in her life were when her son lived there as a teenager. His friends would hang out there; many had their first kisses there. It was called the “love apartment.” It also holds her mother’s old linens. Her mother lived in the attic for a while as well. It’s a vault of memories.

Where do your textiles come from?

Most come from dealers and flea markets in the Northeast, and represent woman-centric traditions of making: mending, sewing, and creating textiles. These techniques, which represent how women relate to each other, are prominent in the way that I make clothes.

Why apply this traditionally female craft to menswear? Is it to soften the male figure?

It goes against traditional notions of masculinity, but that doesn’t mean men feel less powerful when they wear Bode. My friend’s boyfriend wore one of my quilted shirts to an event where he was the youngest one in a crowd of artists and composers. He felt confident wearing a conversation piece that attracted attention from others.

Was it difficult to find a manufacturer to produce your one-off and limited-range styles?

Thankfully, I have a great relationship with a factory that’s fine with cutting my one-of-a-kind pieces. I order fifteen of the same style and size shirt; the fabrics vary. They cut each shirt by hand. I also work with a number of tailors. They take more time to place the pattern and really consider my feedback. Each item receives a lot more care than items in a usual production run. Eventually, I’d like to create an in-house atelier.

Your approach doesn’t fit neatly within the fashion system’s norms. Why show your collection in a formal presentation?

It’s important to show on the men’s schedule so I can present Bode alongside my contemporaries. Collectively, we’re informing what fashion culture is right now. It’s interesting to be a part of a group of people who help each other become better artists and designers. It isn’t interesting or challenging to stand alone. 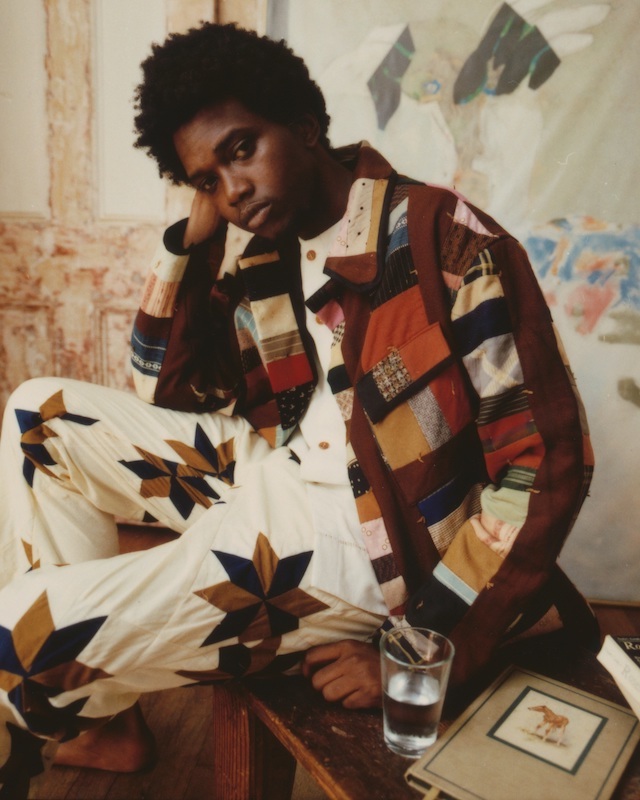