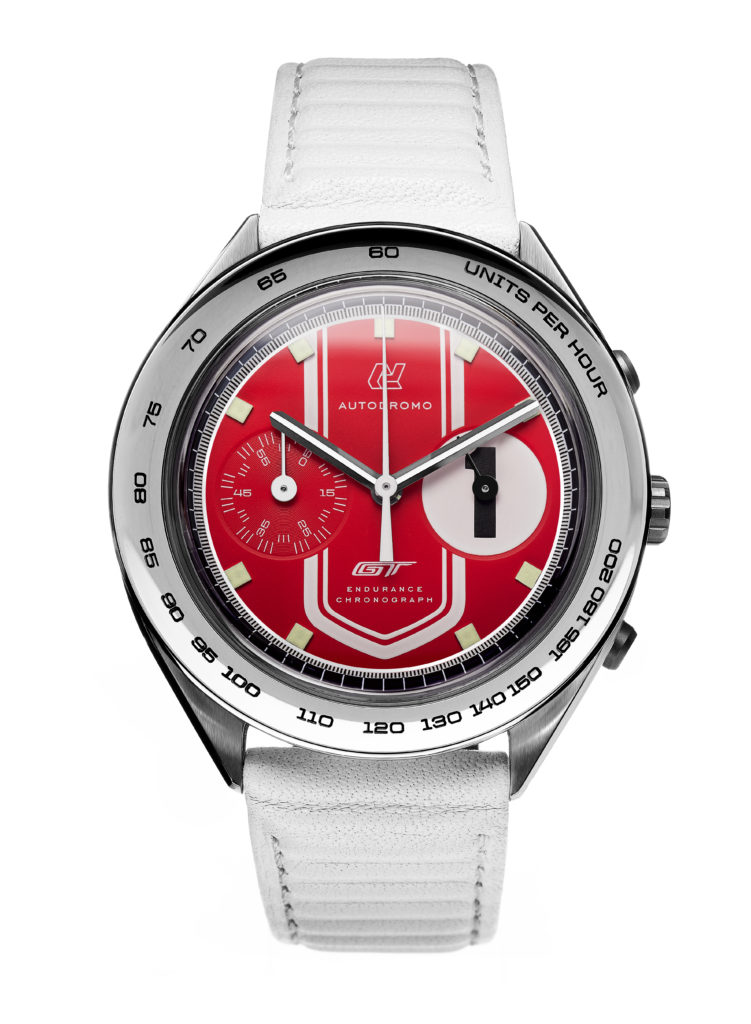 The fastest Ford ever built is commemorated with two new watch series.

The fastest Ford ever built is commemorated with two new watch series.

Bradley Price knows the Ford GT supercar in a way that only its builders—and the occasional “friend of the brand”—are allowed to. “I saw prototypes taken apart,” Price, 37, recalls of his visit to Ford’s performance skunk works in Dearborn, Michigan. “I got to see them on a lift. Those sights really stuck with me.”

Not long after the Ford GT blindsided the world’s pleasure receptors in 2015, its maker began scheming on a commemorative wristwatch. The GT nameplate evokes Le Mans, France, where, in 1966, Ford’s GT40 embarked on a historic run of Ferrari-stomping in the French countryside. The GT, a 647-horsepower, $400,000, hand-built missile limited to just 1,000 examples, would seem commemoration enough, but Ford thought otherwise.

“They reached out to me,” Price says. Surveying his Autodromo brand from its home in Brooklyn, it’s not hard to see why. Autodromo chronographs are steeped in motorsport without stooping to boy-racer clichés like faux-carbon fiber or italicized, blocky type. It also helped that Chris Svensson, now Ford’s global head of design, was a fan.

“He actually wore the prototype of the red-and-white watch, the ’67 Heritage, last summer when they unveiled that colorway of the car,” Price says of his patron.

The Autodromo Ford GT Endurance series consists of five color and graphics treatments, each intended to evoke not only the GT40s of old, but also the hypermodern GTs. “It’s all about the continuation of the sixties through today,” Price says. “This watch is really about telling that story.” And at $695, it’s a relatively accessible yarn.

But another, more exclusive chapter is baking: a line of Owner’s Edition chronographs limited to buyers of the car. Price is not revealing numbers, though he demurs that they will cost “significantly more.”

“The hour and minute hands are sapphire crystal,” he says of the Owner’s Editions. “When I tell people in Switzerland, they’re like, ‘What?! That’s bold.’”

Purchasers of $400,000 supercars would have it no other way.