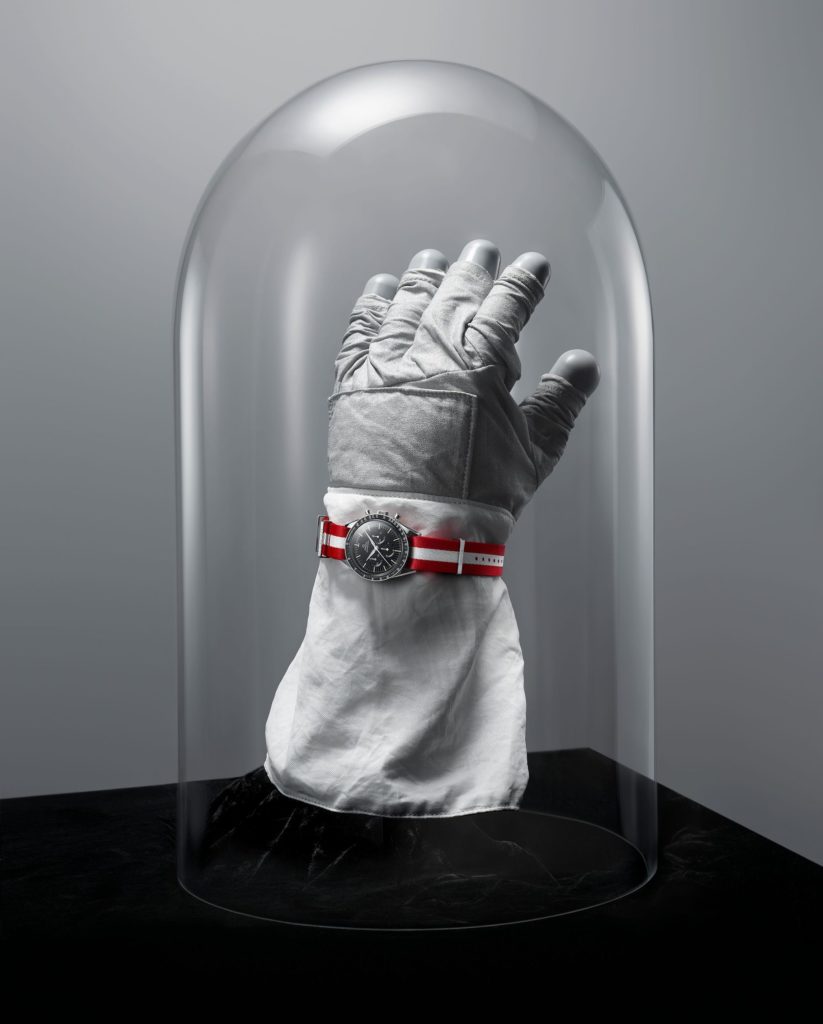 In celebration of the 50th anniversary of the moon landing and a new exhibition about the Apollo 11 mission at the Met, Omega re-releases its iconic Speedmaster watch.

In celebration of the 50th anniversary of the moon landing and a new exhibition about the Apollo 11 mission at the Met, Omega re-releases its iconic Speedmaster watch.

Space exploration is back on the clock. From NASA’s recent announcement of sending a man to Mars by 2020, to many independent companies creating liners for commercial transport, to this year being the 50th anniversary of the moon landing, skyrocketing to the stars has come front and center, again. For Omega, however, it is a path already traveled. To whit, the Swiss watch brand already had one of its designs reach the outer limits of Earth’s atmosphere.

In 1962, astronaut Wally Schirra wore his Omega Speedmaster watch, also known as CK2998, during the Mercury Sigma 7 mission. It was then resurrected in 2012 as the Speedmaster “First Omega Watch In Space,” giving the timepiece greater resonance to collectors. Now, to celebrate this landmark year, the “FOIS” is back on the market and on view.

From July 3 to September 22, the Metropolitan Museum of Art will exhibit “Apollo’s Muse: The Moon in the Age of Photography,” a showcase of astronomical instruments, cameras, films and prints from the Apollo 11 moon landing. Also on hand will be Omega’s will be new, numbered editions if the “FOIS,” which will be exclusively available at the museum’s store and the brand’s 5th Avenue location.

This restored version has a 39.7 mm case in stainless steel, with a black anodized aluminum bezel and black varnished dial. The NATO straps come in the Met’s signature colors of red and white (an extra leather strap is also found in the presentation box); and the caseback is engraved Omega’s Seahorse medallion, which sits under the date of Schirra’s Mercury mission, October 3, 1962, and its name, “The First Omega In Space.”

Designer of the Day: Casey McCafferty

How Giovanni Bedin Is Reinterpreting the Rules of Couture