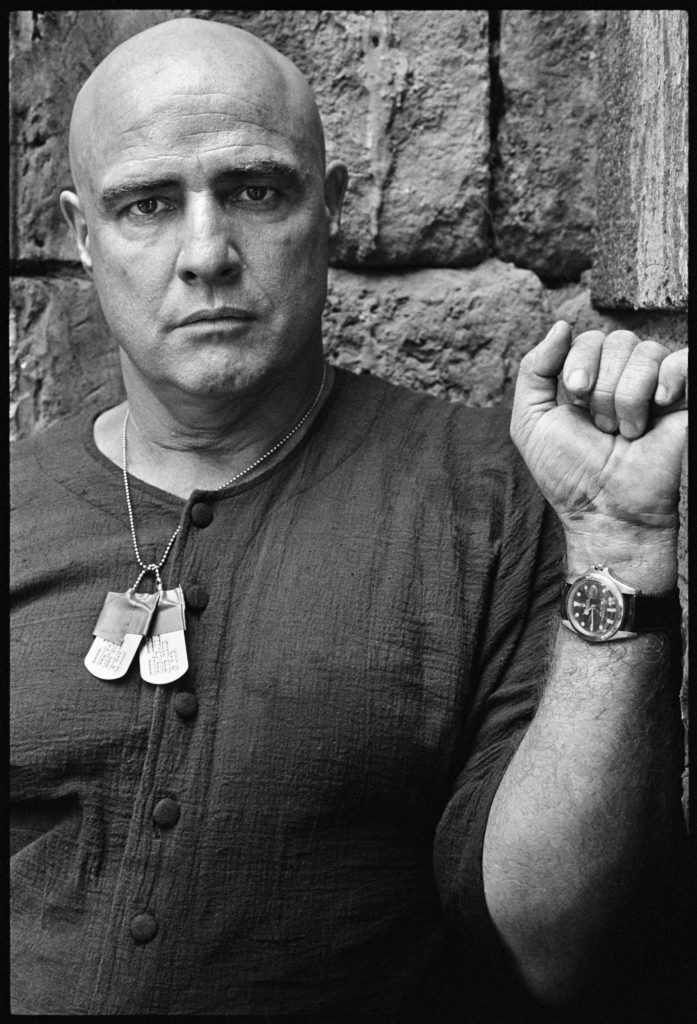 The famed actor's watch from the 1979 film goes up for auction at Phillips in December.

The famed actor's watch from the 1979 film goes up for auction at Phillips in December.

The myth of Marlon Brando has fascinated generations for decades. Throughout his lifetime and beyond, the Academy Award-winning actor has been celebrated for his artistry, besmirched for his raucous sexual escapades, and venerated for his political stances advocating for the disenfranchised. He reputedly didn’t waste any time, living his life to the fullest. Now, fans and collectors can obtain some semblance of what made him tick—literally.

Brando’s personal watch—the Rolex GMT-Master that he also wore in his role as Colonel Walter E. Kurtz in the 1979 film Apocalypse Now—will be up for sale in “Game Changers,” a thematic auction, conducted by Phillips and Bacs & Russo, of timepieces owned by luminaries. Taking place in December, Brando’s watch is certainly one of the biggest draws.

“The Rolex GMT-Master is the holy grail of watches, owned by Marlon Brando, and one of the greatest long lost watches to finally surface after years of speculation,” Paul Boutros, Phillips’ head of watches in the Americas. “As this year marks the 40th anniversary of Apocalypse Now, the film that brought this watch into the spotlight, we are thrilled to work with Marlon Brando’s daughter, Petra Brando Fischer, and her husband, Russel Fischer, in offering collectors an incredible opportunity to acquire this historic watch.”

Legend has it that after being told to remove the watch because it was distracting during the filming ofFrancis Ford Coppola’s epic movie. Brando refused, arguing: “If they’re looking at my watch, then I’m not doing my job as an actor.” He did, however, remove the bezel, giving the timepiece its distinct appearance—thus making it one of the most iconic in film history. He also hand-engraved the caseback with “M. Brando.”

In 1995, 20 years after Apocalypse Now was released, he gifted the timepiece to his daughter Petra after her college graduation, along with a note that read: “This watch is like a tank. You can do anything you want to it, and it will keep on going.” She then gave it to her husband on their wedding night in 2003. And come December, someone else will be part of this storied trajectory.

As Fischer says: “Russel and I believe this watch is a piece of movie history that belongs in the hands of a collector who will give it the prominence it deserves.”

Designer of the Day: EN Studio

Designer of the Day: Morgan and Jaclyn Solomon of AGMES

The Golden Light of Gina Love

Designer of the Day: Sapir Bachar