The Italian design legend Enzo Mari, who has died at 88 during a landmark retrospective at Triennale Milano, refused to abide by the rules of his industry.

Surface is saddened to learn about the passing of Enzo Mari, the acclaimed Italian furniture designer who refused to abide by the rules of his industry. Across a prolific six-decade career, Mari created memorable products for a multitude of Italian brands, including Alessi, Driade, Zanotta, and Artemide. Underscoring his work was a lifelong motivation to democratize design and make unfussy, well-designed items accessible to ordinary people—themes that Hans Ulrich Obrist explores in Mari’s recently opened retrospective at Triennale Milano, “Enzo Mari curated by Hans Ulrich Obrist with Francesca Giacomelli,” which features 250 of his creations and was originally scheduled for this past spring but is now on view until April 2021. In February, before the coronavirus pandemic delayed the opening, Obrist sounded off via phone on Mari’s indelible impact on Italian design and reminisced on attending Salone del Mobile with the iconoclast, who was never afraid to tell you how he truly felt.

The curator Hans Ulrich Obrist has many fond memories of spending time with Enzo Mari, the iconoclastic Italian designer he interviewed more than 10 times. “One of my favorite games was to go with him to the Salone del Mobile,” Obrist says warmly by phone from London, where he directs the Serpentine Galleries. “We would go to an opening or we would go see a show, and he would start to scream about how bad it was.” One of Mari’s favored exclamations was “Merda pura!” Pure shit!

Even though Salone never opened in Milan this year due to the pandemic, the 88-year-old designer was slated to be one of the stars of the proceedings. Obrist is organizing a Mari retrospective at Milan’s Triennale, telling the story of the designer’s inimitable career through more than 200 works. “I think it’s extraordinary that he’s not a household name,” the curator says, “because there are so many dimensions to him.” (The show was originally set to open in April; the Triennale said it is planning to announce new dates.) 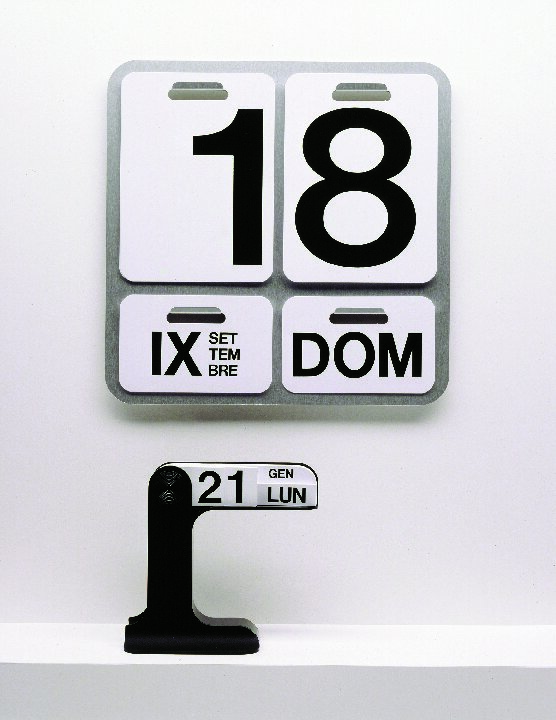 Always fighting against the idea of design as a rarefied object for the wealthy, Mari created industrial products, exhibitions, books, children’s games, and, most famously, his 1974 Proposta per un’Autoprogettazione (Proposal for a Self-Design), a set of diagrams that allow anyone to build sturdy, angular furniture with cuts of pine and some nails. He’d mail the instructions to all who sent him postage. (That project was an inspiration for Obrist’s own Do It project, which, since 1993, has invited artists to write instructions for artworks that others can realize.)

An avowed communist, Mari was also an artist, and showed 44 abstract sculptures at the 1976 Venice Biennale that, when pieced together, form a hammer and sickle. That work will appear in the Triennale show alongside his elegant and streamlined furniture, early artworks he made in kinetic and abstract modes, and even recreations of exhibitions he designed, like a 2008 retrospective of his own work in Turin, Italy. Artists such as Danh Vo, Rirkrit Tiravanija, and Dayanita Singh are also readying contributions that pay tribute to Mari.

If Mari is less well known than he should be, it’s because “he refused to play the game of galleries, of the commercialization of his designs into fetishes,” Obrist says. Mercifully, the show will travel (those logistics are also still being worked out), providing an opportunity for the designer, who quit working a few years ago, to reach a much wider audience.

But those who are unable to see it may have to wait a great deal of time to make Mari’s full acquaintance. Much of the work for the exhibition is coming from his own collection and archive, which he has donated to the city of Milan with an unusual condition: After Obrist’s show wraps, it cannot be shown for 40 years. “He’s so devastated about the current state of design,” the curator says, by way of explanation. The artist Hilma af Klint famously decreed that her abstract work go unseen for 20 years after her death, reasoning the world was not ready for it. With Mari, Obrist explains, “It’s kind of the feeling that the world has been made unready.”

That said, Mari’s philosophies may find a sympathetic audience right now. “He really wants to get rid of this idea of profit, of finance, of industry, of brands, of advertisements,” Obrist says. “It’s a very timely moment.”

Banksy’s Latest Mural, Steph Korey Departs Away, and Other News