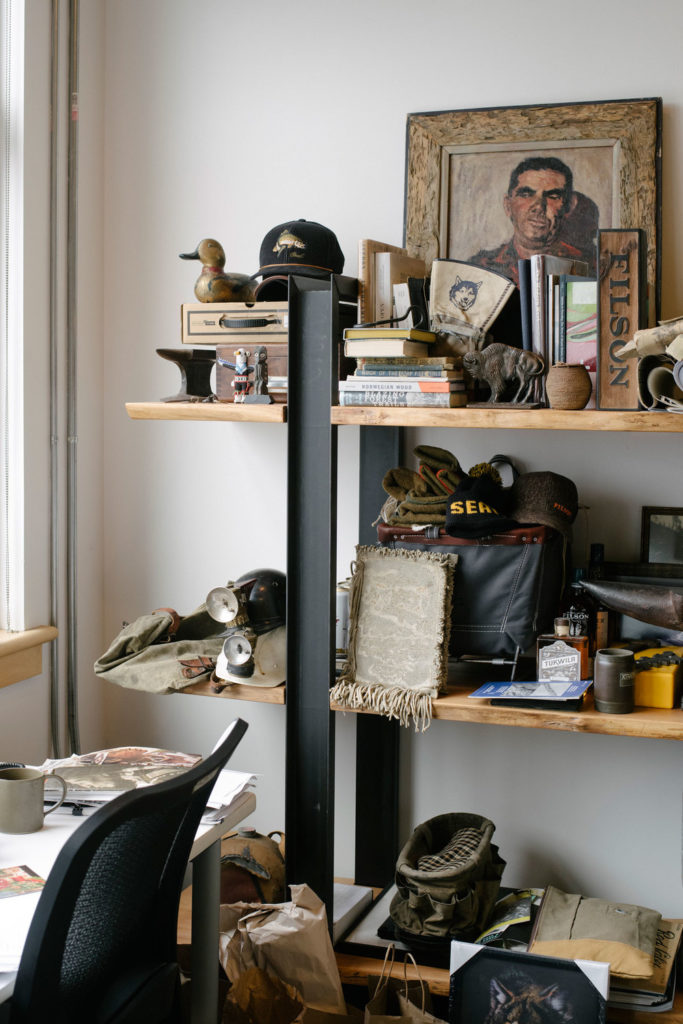 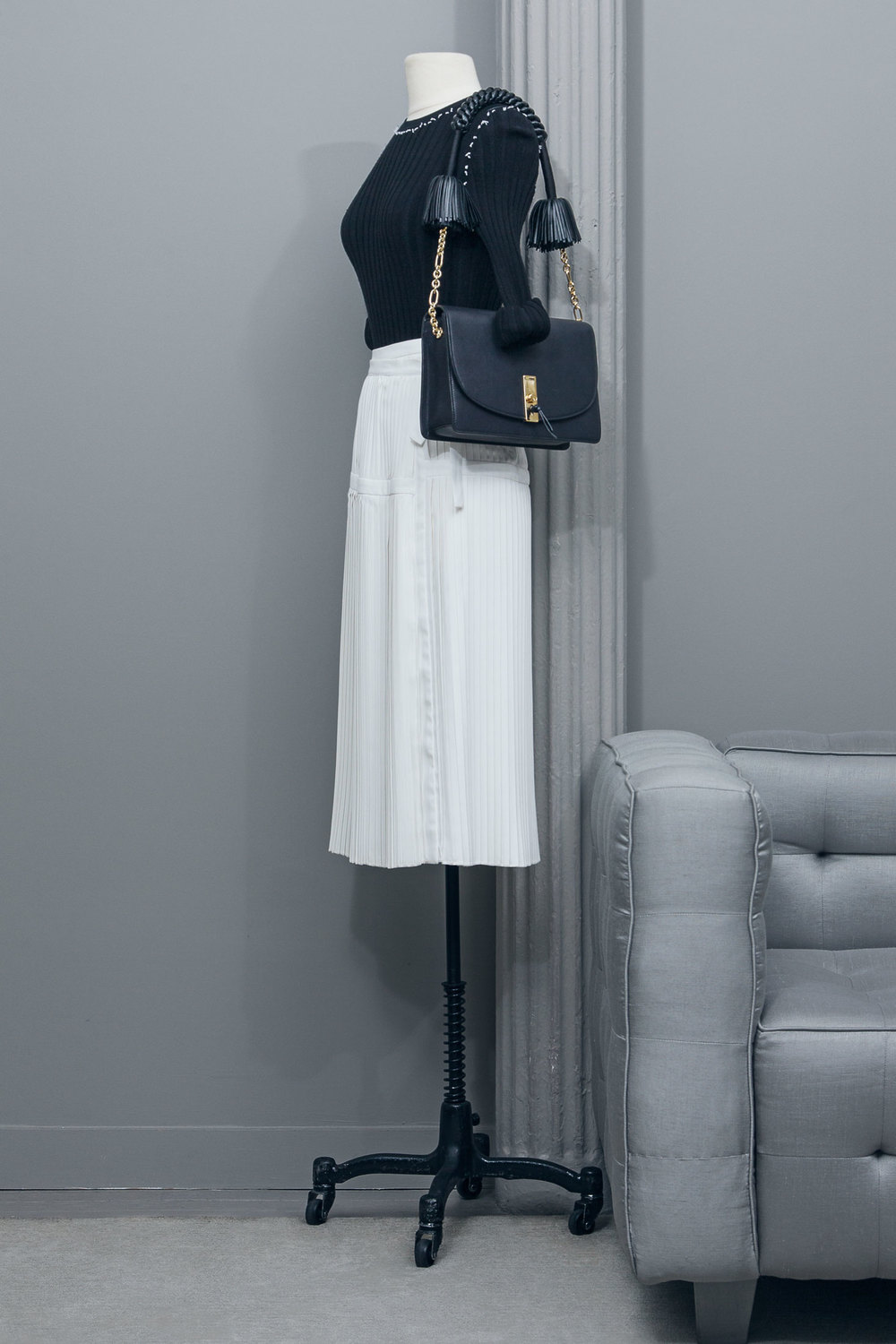 There was never a question that the new flagship would be located in Seattle. (Photo: Ian Bates/Surface) …
EXECUTIVE

How the southerner steers the 119-year-old Seattle outfitter with a Startup Mentality.

How the southerner steers the 119-year-old Seattle outfitter with a Startup Mentality.

Where did you grow up?

Mostly in the South. I was born in Louisiana and was raised there and in Texas. When I first moved to Texas, I got to live in this really small town, in the very center of the state, with a population of 425 people. Basically that just meant we were never inside. We spent all of our time outside: fishing, hiking, and running around. In Louisiana, living near the lake and then being in Texas, I came up as an outdoor bug. That always kind of stuck with me.

What types of activities were you involved in as a child?

I was in the church choir, Boy Scouts, and all that stuff you do when you’re a kid. I was always in team sports—I really enjoyed that group dynamic. At some point in my late teens, I switched to more individual sports— cycling, running, the kind of stuff that you’re doing on your own. It was interesting that my team-sport dynamic switched to more of striving for solo victories.

Now, as a manager, are you a team or individual sports guy?

You have to have that team mentality. It’s [like being at] a 119-year-old startup. Filson is now three years into a rebranding. It’s interesting to call it rebranding because we’re not trying to change very much. [The brand has] a lot of great history and a lot of great roots to rely on, but we’re starting over. Everybody has to have that entrepreneurial spirit. We can only do it if we’re all doing it together. We’re at 500 people. We need all 500 of those people, whether they’re sewing operators on the floor or on management teams, to understand our goals.

Do you or the company have a way of celebrating goals once they’re reached?

You described Filson as a startup. Why?

We have the opportunity to really grow a business. We feel like we’re starting at square one. We’ve only just scratched the surface of how big this company can be and what kind of impact it can have in the world, not just in the U.S., but globally.

The center of it all is in Seattle. How did you choose the location for the new flagship, which opened in November?

We realized that we had this great space inside of our headquarters, and we coupled that with the fact that you could see manufacturing on the first floor. All of our corporate visitors got such a charge out of getting to see manufacturing when they came to the office. We said, “Well, we’ve got the space, let’s put our retail store here so that we can give our consumers the same charge.” Now, when consumers walk in from the ground floor, they can see all of our bags being made. We couldn’t have been able to replicate that anywhere else. The business is nuts. We’re already on track to doubling what we did in our old location, and it’s clearly not double the space.

And this means keeping jobs in Seattle…

We have 70 thousand square feet of manufacturing in the Pacific Northwest, but 45 thousand of that is new within the last three years. By adding more Seattle manufacturing space, we knew we needed to attract more talent. The good thing is, we’re a great shop: It’s a union shop and a world-class place to work, with all the benefits that these guys deserve, because Seattle is an expensive place to live. The minimum wage in Seattle is going up to $15 an hour over the next two years. That doesn’t scare us away at all. We’re invested in our people.

While we’re on the subject of talent, what do you look for when you’re hiring people?

We need people with a lot of energy because it’s that startup mentality. Nobody who comes to work with us can feel like they’re going to be siloed into a set of responsibilities. Everyone has to be flexible, and be willing to pick up additional responsibilities, and figure out different problems. We look for people who want to be a part of the bigger business and not just sit on the sidelines.

I think the guy here who has made such an influence on Filson is our creative director, Alex Carlton. Alex understands fashion, but doesn’t think fashionably. He always has his head on straight about what a rugged outdoors company needs to look like.

You mentioned both fashion and the outdoors. Filson spans so many different lifestyles. How do you keep a broad circle of customers around the brand?

We know that there’s a guy who takes the train into the city from Brooklyn going to his job, and and he’s got his Filson bag. He’s not the guy who’s camping on the weekend, but his bag represents to him that idea of this outdoor life. The bag that the guy from Brooklyn is carrying on the train is as durable as the bag for a logger in eastern Washington. They both want the same sense of quality and that same sense of adventure.

One of our chief merchants said to me, “You know, it’s amazing to me, because I think I know our customer, and then I see such a wide array of people walking in the store.” He then said, “There have been people who have been buying this brand for 60 years who have to take the elevator up because they can’t use the stairs, and then there’s young hipsters who flock in here with their iPads out showing me pictures of product that they want to buy.”

If you look at the whole farm-to-table movement in restaurants, everybody wants to know where their food comes from. Now people want to know by who and where their products are made. The fact that Filson is made in the U.S. is really, really strong for us. Making our products here in the Pacific Northwest is a big part of the reason why we sell this stuff.