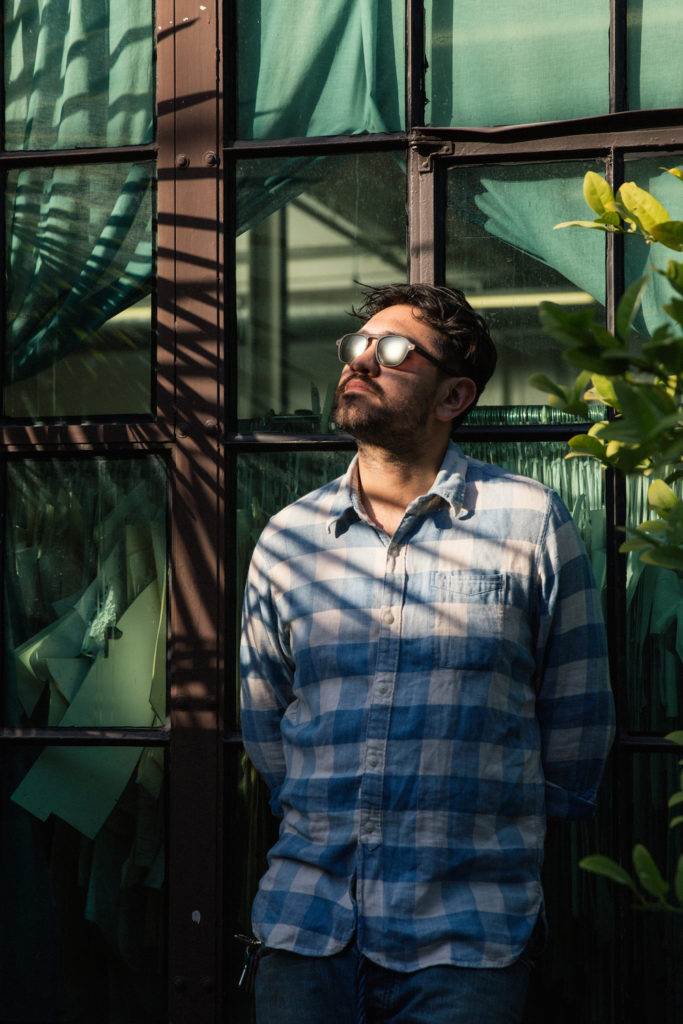 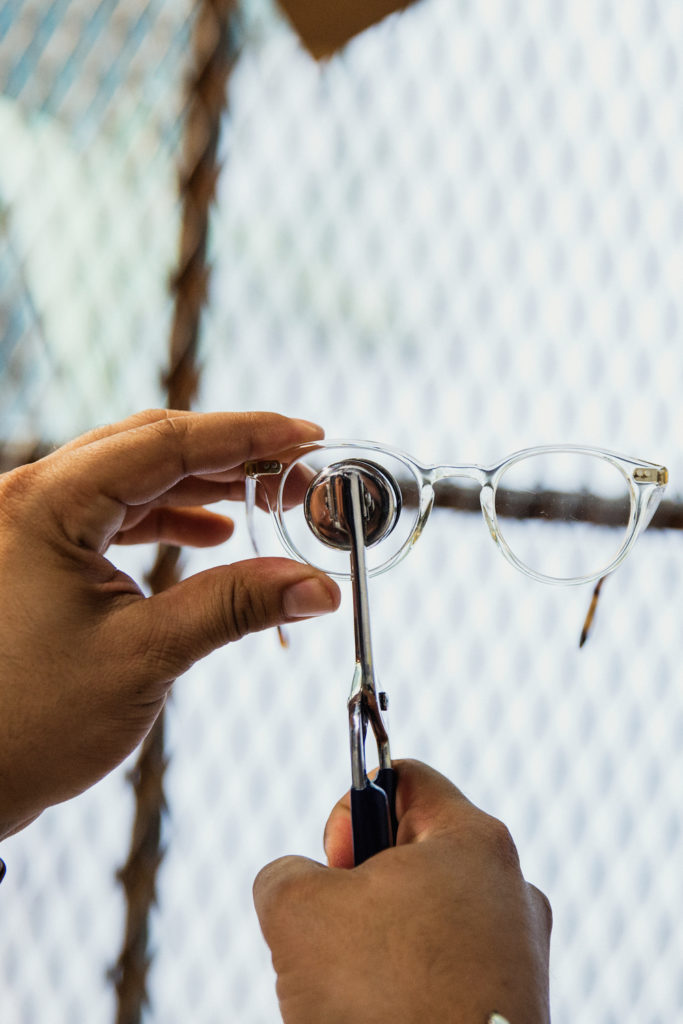 The thoroughbred Angelino eyewear designer talks with us about where inspirations comes from (or not).

The thoroughbred Angelino eyewear designer talks with us about where inspirations comes from (or not).

Let’s start with your roots, specifically Los Angeles. How has the city been influential?

I won’t make this story about Oliver Peoples, but their name does inevitably come up from time to time. I mean, Oliver Peoples was created [by my dad, Larry] when I was 2, so it was always part of my life. My parents are Angelinos; their parents are Angelinos. The history of my family in Los Angeles is deeply rooted, from my grandfather working at the post office to us all being crazy Lakers and Dodgers fans. The weather. The beach—my dad’s a surfer. The music. L.A. is all I’ve ever known. [My parents] didn’t travel with me a lot when I was young, so I wasn’t exposed to their New York and Paris trips. All the stereotypical adjectives that people might say about an Angelino or a Californian, that’s probably me.

[My father] was always pushing me to move back to L.A. [after college]—which I’d wanted to do—and work for him. At the age of 22, I took the easy road, just like, “Okay, I’m going to [eventually] get a job in music or journalism, because that’s what I want, but I will take this job for now because it would be a good experience.” At Oliver Peoples, I fell in love with some things I didn’t really know could be a career. I fell in love with the company. I fell in love with the people, the culture, and all the departments: marketing, design, development, PR, sales, finance.

Then I realized I really just needed to start my own thing. I knew early on that I wanted to go to work somewhere that made me happy, and where other people were happy. I started to take the steps I needed to do that. Which, more or less, was sort of reverse engineering Oliver Peoples. I opened up a store on Abbot Kinney [Boulevard]. There, I had a circle of friends with great style and interesting hobbies—musicians, artists, writers. That all eventually influenced my first collection, which I launched in 2011.

We have 800 accounts in 35 countries. It’s crazy. I never thought I could be one degree of separation from that many people. If you want the cool answer: Colette, Bergdorf Goodman, Mr. Porter, Barneys. And there are four Garrett Leight stores in two states—two in L.A., one in San Francisco, and one in New York.

Los Angeles is probably our biggest market because that’s where we’re from. Lots of movie people, artists, musicians. It’s a crowd that’s not necessarily working 9 to 5—they’re traveling a lot, on that three-month gig sort of pattern. The brand seems to be of interest to people in the creative fields. At the end of the day, it’s hard to answer, because we’re 50 percent an optical company. Anyone who can’t see who’s in our price point is potentially a customer.

Walk me through the manufacturing and design process of a single pair of glasses.

To be honest, I think very rarely does anyone just sit and dream up never-designed-before eyewear. We take risks with colors, and we have a really huge library of them. The process specifically is: First you come up with the frame design, make and send a CAD drawing to the factory, they prototype it along with many other designs that we’re prototyping, and you start to pick out the ones you like for a season. Then you start to pull the materials. Then we piece it together on a color board. My design director puts together a mood—like Pinterest, but in a physical form—on the design board. From there, we try to find materials that are available as well as fitting to that mood, and simultaneously sign off on that prototype, making sure it’s everything we want it to be. You send back your notes on the prototype to the factory along with your purchase order with the colors you want. Next they get back to you with the timeline and start to go into production.

Where are your glasses made?

We have multiple factories. We’ve made eyewear everywhere from San Francisco to China to Japan. Ninety-five percent of our collection is produced in China, or at least it’s stamped in China. Two frames a year are made in San Francisco, and they’re part of our “Made in America” collection.

You feature monthly mixtapes on the Garrett Leight website.In what ways, if any, does music influence your design work?

I’m always listening to music in my office. I was a reggae DJ in college, so I have a wide knowledge of Jamaican music. I kind of grew up on hip-hop. My parents grew up on classic rock, so I’m very familiar with Jimi Hendrix and Led Zeppelin and still go back to them often. I’ve never really nailed this sentence: Musicians wanna be designers and designers wanna be artists. You see that so much now, like with Kanye West having successfully started a fashion, um, experience—I don’t know what else to call it. If I was the best guitar player in the world, I would wanna go hang out with a bunch of artists, to inspire me a bit. These worlds totally inspire each other. Everybody always asks, “What inspires you?” It’s a hard question to answer because I could be sitting in my Jacuzzi at home, and, I don’t know, inspiration comes to me. I don’t know why, but I just thought of a great idea. Maybe it’s because I was talking to someone an hour ago.

You recently collaborated with Clare V. Who else have you partnered with?

Want Les Essentiels, Thierry Lasry, Robert Geller. I should just create a list of these somewhere.Any dream collaborations?Ralph Lauren, who I feel like everybody loves. Kanye, if he ever wanted to. I have such a vision for what he should be doing if he ever does decide to create eyewear.

I can see really great out of my left eye, and my right eye is really bad. I can only wear hard contacts, so I never [wear glasses]. I go months without wearing prescription glasses. I think my right eye is getting worse. I actually have to set up an appointment. Strange for a guy who makes eyewear, right?