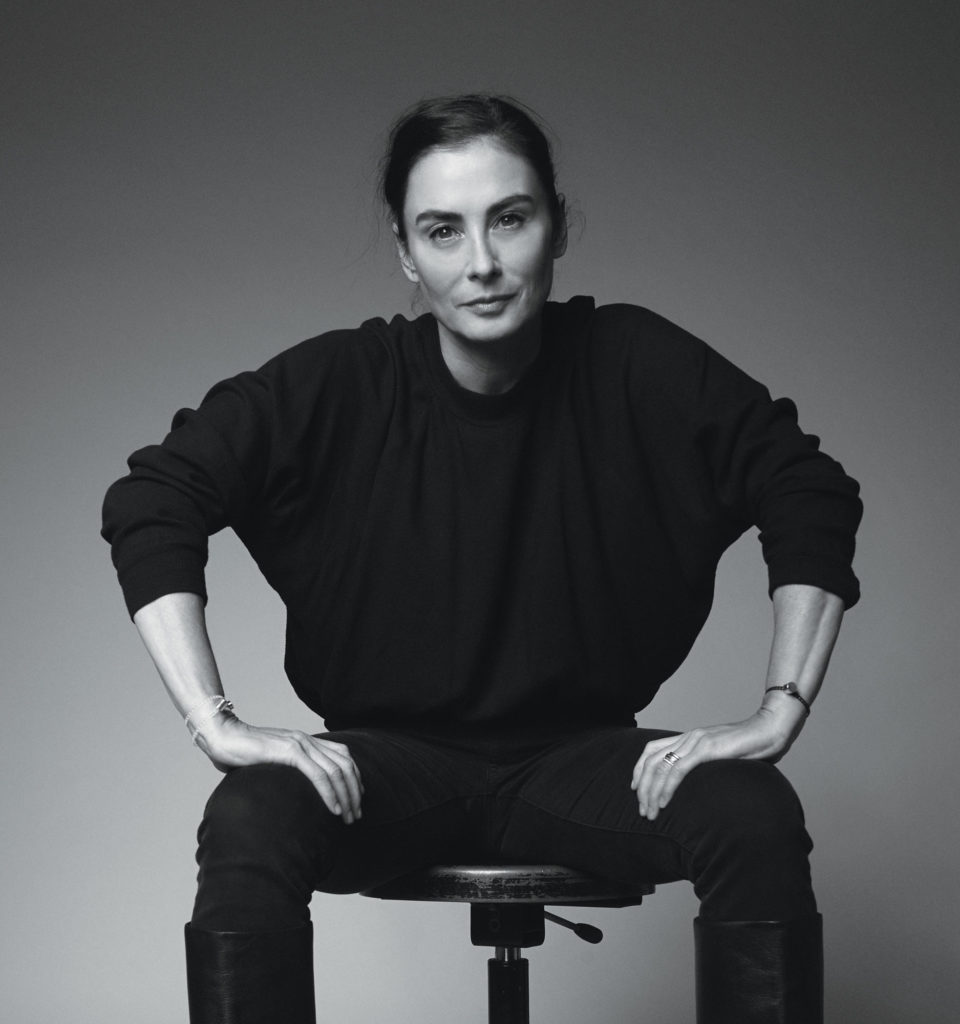 Francesca Amfitheatrof Questions the Emotion of Jewelry with Thief & Heist

Goldman Sachs bankers are going tieless, haute couture houses are peddling biker shorts, and clunky dad sneakers are more coveted than Manolos. The rules of fashion as we once knew them have gone out the window.

Now this new anything-goes irreverence is coming to your jewelry box, courtesy of jeweler Thief and Heist, which is helping to redefine what it means to adorn oneself. Rather than a standard range of gem-studded bijoux, Thief and Heist debuted in April with one deceptively simple design: the tag bracelet, a nylon band resembling a zip-tie that’s secured with a sterling silver clasp. It’s more than just an accessory: Once it’s on, the bracelet can only be removed by cutting it off.

The concept was created by Francesca Amfitheatrof, a seasoned veteran who formerly served as Tiffany & Co.’s design director and is currently Louis Vuitton’s artistic director of jewelry and watches. Amfitheatrof first launched the tag bracelet in the late ’90s, when it quickly gained a cult following—well before the internet was there to help fuel a viral craze. Eventually giving the idea to Alessi, for whom she’d designed everything from fruit bowls to toothbrush holders, Amfitheatrof left the tag bracelet behind to pursue other endeavors. Some 20 years later, she decided the time was right to revisit her roots.

“After leaving Tiffany, I wanted to do something myself, to approach things in a fresh way,” she recalls, having realized that the tag bracelet was perfectly suited to our current zeitgeist. “Especially today, when so many things are being looked at [anew], a lot of traditions are being questioned…It felt like the right time to bring it back.”

The bracelet challenges conventions of how we define jewelry and, in a larger sense, preciousness. Where jewels are typically pretty bibelots rendered in haute materials, the tag bracelet is a frills-free, utilitarian object mostly made of humble nylon in either black or white (Thief and Heist’s nylon uses 40 percent reground plastic; a portion of the proceeds of its sale are donated to Plastic Bank). Its modular nature means that the tag bracelet needn’t just be a bracelet—retrofit it smaller to make it into a ring; make it larger to be a choker; string a few together to create a chain. The tag bracelet, designed with permanence in mind, is a constant reminder—of a lover, an accomplishment, a special moment—becoming a part of the wearer. It’s truly a 21st-century talisman.

“Jewelry has been very traditional, dictated by certain things that you are told to have at certain points in your life,” Amfitheatrof observes. “I think that’s wonderful, but I also think you can play with that without taking away from the power that jewelry has.”

For Amfitheatrof, preciousness isn’t defined by karats or rarity, but by the quality of design: “I’m interested in doing things that aren’t on the market, that are unique in their own right. When you put a lot of thought and care into design and materials, that says luxury.”

On the Heels of Fashion Month, Ukrainian Designer...