The enigmatic musician launches Homer, a collection of handmade jewelry ranging from enamel pendants and diamond-encrusted bracelets to 18-karat gold rings inspired by childhood obsessions and heritage as a fantasy.

Lately, it seems as though Frank Ocean has been creating and existing on his own terms. Following the release of his critically acclaimed 2016 album Blonde, the famously private artist has been experimenting with a range of non-musical creative output. Besides releasing a handful of singles, Ocean threw a series of queer-friendly dance parties in Queens, launched a voter registration drive before the 2020 election, became the face of a Prada campaign, and even bought a modular Dune sofa by Pierre Paulin.

Unbeknownst to us, Ocean has also been hard at work designing jewelry. From his studio on the Bowery in Manhattan, Ocean recently announced the launch of Homer—a line he describes as an “independent American luxury company.” The inaugural collection encompasses dozens of bracelets encrusted with lab-grown diamonds, poppy hand-painted enamel pendants, patterned silk scarves, and 18-karat gold and recycled sterling silver rings sculpted into words such as “A-OK.” (An anticipated collaboration with Prada is also forthcoming.) 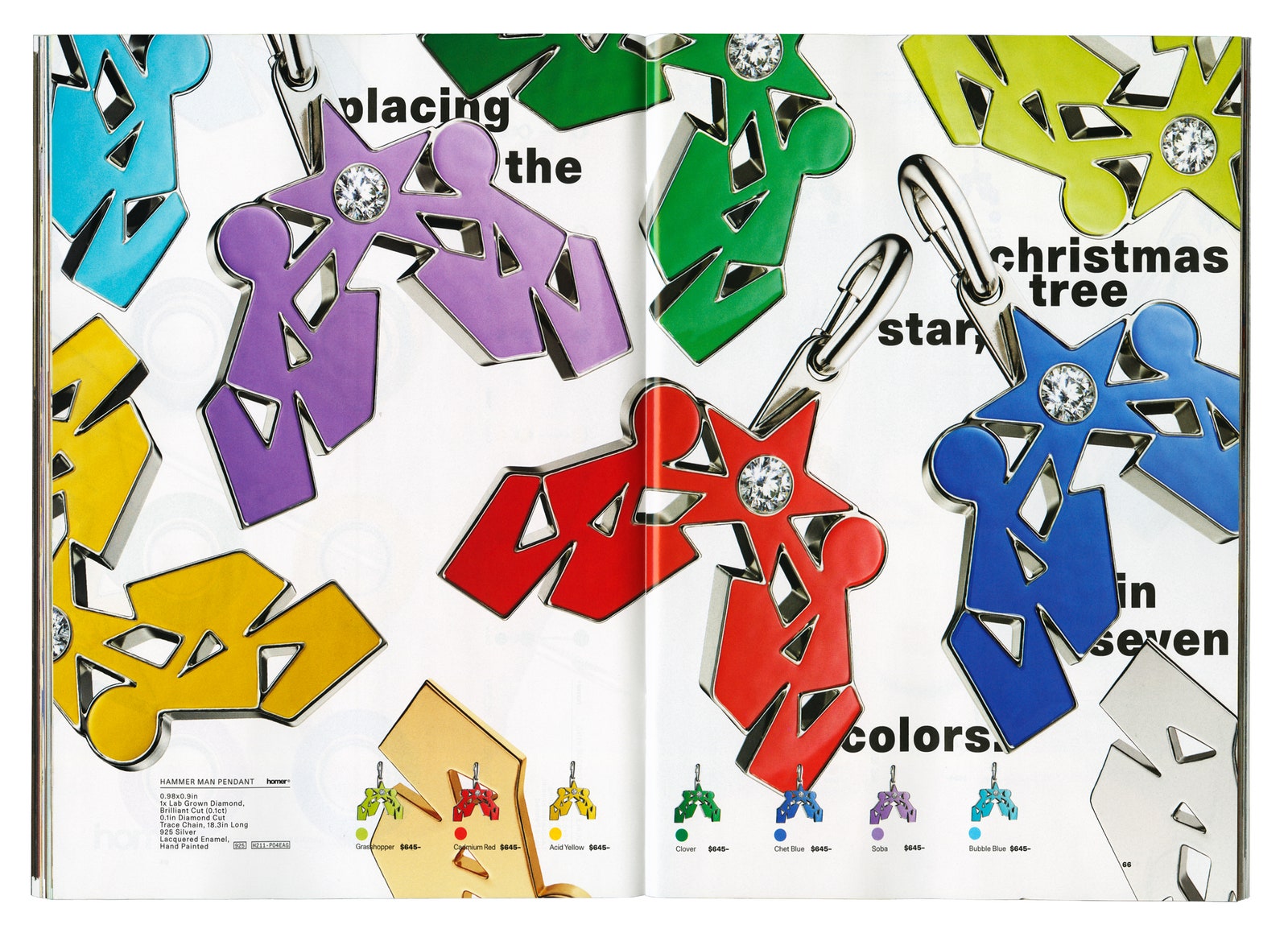 Though the collection radiates personality and joy à la “Takashi Murakami and the graphic energy of ‘90s club flyers” according to the Financial Times, it’s clear that Ocean takes craftsmanship seriously. He recently said that he “didn’t want our work to be any less expensive than Cartier,” making it clear that Homer’s scope ventures far beyond another ham-fisted celebrity collection. Prices also range from entry-level ($435 for an enamel pendant) to extravagant ($1.9 million for a “sphere legs necklace). The entire line stars in an 84-page catalog shot by frequent collaborator Tyrone Lebon, who directed Ocean’s video for “Nikes.” The collection is only available for purchase in-store—above The Jewelry Exchange at 70-74 Bowery in Manhattan—by appointment starting today, August 9, by calling or texting the store using the encrypted app Signal.

While the pivot to jewelry may seem unexpected from the outset, Ocean’s new venture follows an ongoing trend in which artisanal jewelers and fresh-faced designers have greatly expanded their offerings for men, from pearl necklaces to dangly earrings, as the lines between masculinity and femininity within fashion are becoming less clear. “Hand on my heart, this project has kept my mind moving and my imagination turning throughout it all,” Ocean wrote in a now-expired Instagram story. “My hope is to make things that last, that are hard to destroy, set in stone. This is three years in the making and there’s so much I’m excited to share with all you strangers.”

Designer of the Day: Morgan and Jaclyn Solomon of AGMES