A music industry tastemaker seeks moments of stillness in the bustling city.

By Lily Wan
Portraits by Mark Cocksedge November 25, 2016
Share
Back

“I’m not a morning or a night person,” Caius Pawson says, squinting in the soft, milky light filtering through the back room solarium of Manhattan’s Bowery Hotel. It was almost noon on a rainy day, and both of our respective mornings had gotten off to rough starts (missed alarms and other usual suspects). I tried to remedy mine with espresso, and he went for a green juice and bacon.

The London-bred Pawson, 30, finds himself traveling quite a bit these days. I caught him on a pit stop in New York, before he was off to San Francisco and L.A., the next cities on a tour with electronic musician and prolific collaborator Sampha, who has worked with artists such as Solange, Kanye West, and Drake. Since Pawson founded the independent record label and artist management company Young Turks in 2005, at age 19, he’s signed more than 30 musicians and DJs, including FKA Twigs and Sbtrkt.

It’s as if he’s a musical architect, pairing a talent for sound—the ability to identify the type that will succeed—while amplifying the personalities of those who create it. “A lot of why people fall in love with music is the design around it, from the record sleeves to the obsession with format, concept of the sound system, and feel of a room,” Pawson says. Applying design thinking to an audio craft might seem unusual, but it should come as no surprise. His father is John Pawson, the minimalist architect behind London’s recently unveiled Design Musem.

In 2007, his big break came with the discovery of The xx. Pawson helped the quartet, now a trio, grow into critical acclaim, with more than three million record sales to date. In them, he saw a beautiful delicacy. The sound from each member was equally as powerful as the next—a rarity, he says—but the group had an almost cripplingly timid stage presence. Pawson played coach. Managing A&R (artist & repertoire), he became their water and sunlight. “It was like watching a flower very slowly and awkwardly grow, and then finally open,” he says.

While he’s always had an ear for music, the story of how Young Turks came to be is rather unusual. In his late teens, Pawson had been hosting popular club nights and throwing illegal raves, until one night a party was shut down by the police. He lost his sound system and money, and his friend, Milo Cordell, whom he now works with, was arrested. Pawson stepped outside for some air, head in his hands. Across the street stood Richard Russell, owner of the British record label XL Recordings, who was slated to deejay that night, but hadn’t even made it inside the abandoned building before it was raided. “I thought my life was coming to an end, he thought it was all really brilliant and offered me a job,” Pawson recalls. Russell tapped him to head A&R for XL. Before long, he was starting an imprint, Young Turks.

For someone whose career grew from the club scene, Pawson’s London is surprisingly tranquil, though he notes that local nightlife is being suffocated by numerous forces. “The good stuff is getting pushed out by the big stuff,” he says. “You can’t talk about bars and clubs in London if you don’t talk about the fact that [new developments] are shuttering them. That’s the elephant in the room.” Nowadays, his weekends are ideally spent around his home turf of Hackney. “London is so vast, I like to stay in one neighborhood. It’s a luxury.” When he ventures out further, it might be for a long walk from the east side of the city to the west, weaving through the Royal Parks of London with stops at his favorite bars, restaurants, and record stores (Intoxica Records, he says, is one of the best). Another favorite route is along the canal, from Birmingham to the English Channel. He warns of rush hour, though, when cyclists pound through.

The city pulses through what seems like a hundred centers, each with its own rhythm to tap into. For Pawson, he’s most at home in the duality of stillness within chaos, the space between morning and night. “London is busy and manic,” he says. “But I like finding the little bit of peace.”

“The National Gallery is the most famous museum in London, so it gets super busy and rank. My favorite thing to do is go early and walk through several centuries of the greatest masterpieces ever made; being alone in a room with Gainsborough and Turner—it’s phenomenal.”

“There’s a nightclub in the Haggerston area of Hackney called Brilliant Corners. It’s run by two brothers and has the most beautiful sound system. The front bar  has amazing drinks, and there’s a great line-up of DJs, one of whom happens to be a really good sushi chef. So, if you want to hear good music, have a drink, and eat some Japanese food, it’s a very unique spot. I don’t think there’s anywhere else in London like it.”

“My favorite thing to do is walk, and that includes many of the Royal Parks of London. There’s a bunch of stuff to do along the way. Go through Holland Park, cross into Kensington Gardens, and then Hyde Park—you can visit Hans Ulrich Obrist at the Serpentine Galleries on your way.”

“There’s a courtyard on Ezra Street where you can drink outside all times of the year. I get a negroni sbagliato at a small bar called Printers and Stationers. That place on a Thursday, Friday, or Saturday night is perfect.” 21A Ezra St.

“Right around the corner, Brawn is one of my favorite restaurants for its simplicity, and I love the wine. It’s also near the Columbia Road Flower Market, open on Sundays.” 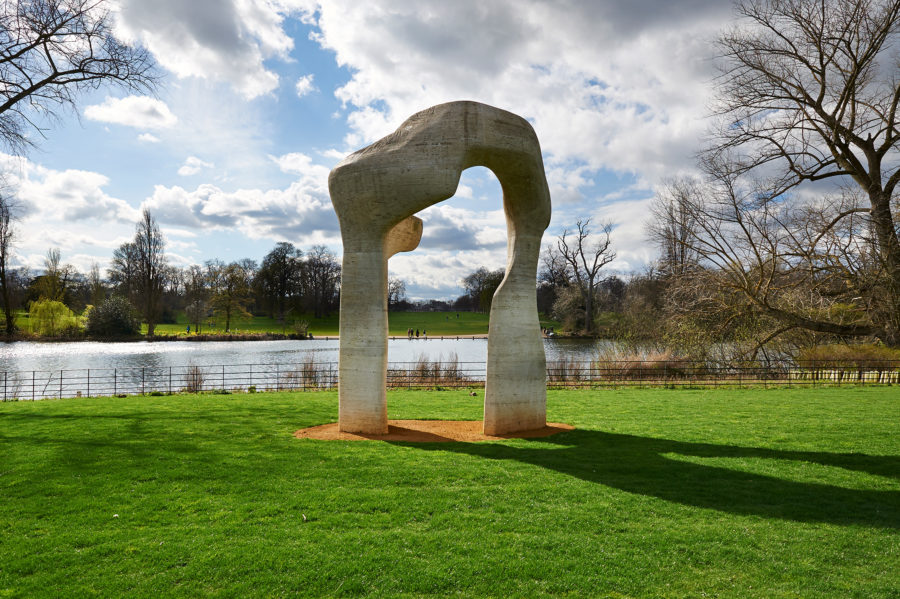