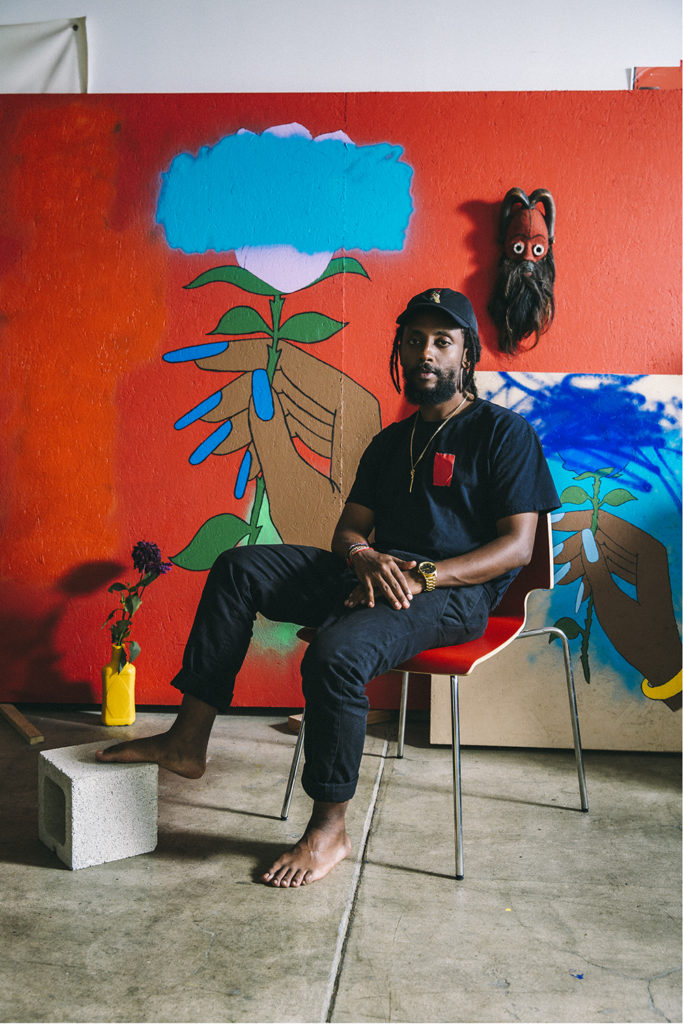 Awol Erizku at his studio in Los Angeles. … 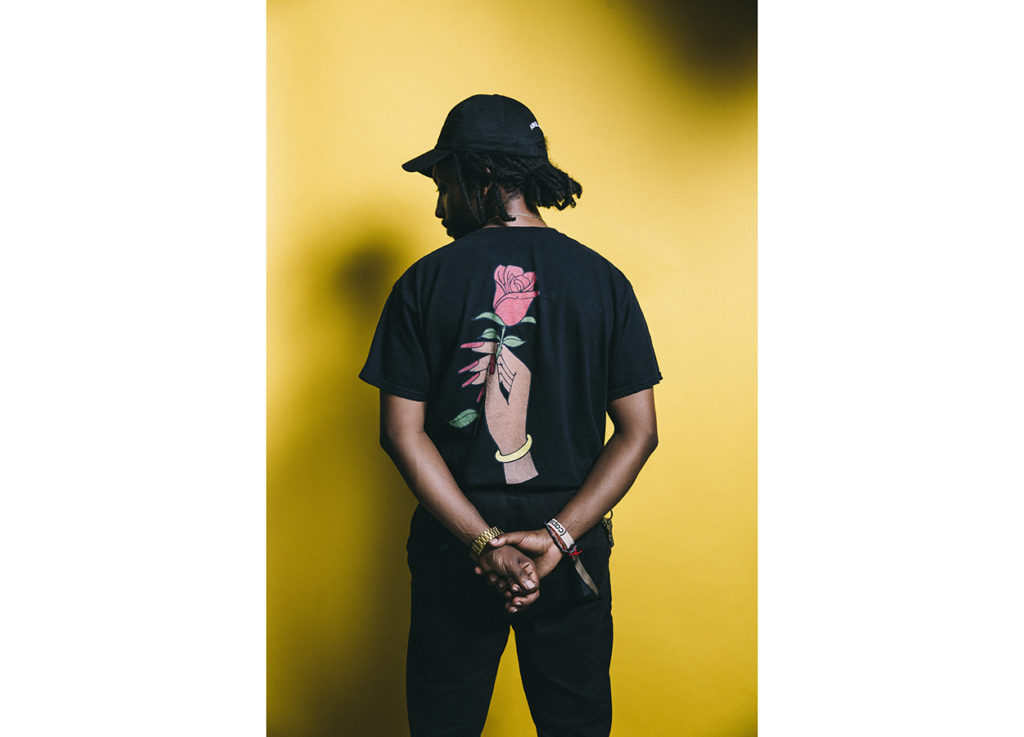 Not content with the limits of a single medium, the Ethiopian-born artist is expanding his horizons.

Not content with the limits of a single medium, the Ethiopian-born artist is expanding his horizons.

Awol Erizku won’t have it one way.

When the Ethiopian-born artist began his studies at Cooper Union, in New York City, he wanted to be a painter, but by the time he left he was focused on photography and film. When he pursued his master’s at Yale, he applied with a photography portfolio, but ended up making sculpture and installation works. “It started this trend of rebellion in the program,” says Erizku, 28, “challenging what it means to be in the photo department, and it caused a ripple effect.”

This malleable approach to his practice has resulted in photographs, film, paintings, installations, and even music playlists that are all part of his characteristically colorful output. Whether capturing Ethiopian sex workers in an odalisque pose—a reference to Manet—or reconstructing historical paintings with powerful black figures, or using his Instagram feed as a digital gallery, Erizku makes it difficult for critics to pigeonhole him.

Over the last four years, since his breakout show at New York’s now-defunct Hasted Kraeutler gallery, Erizku has been garnering the popular attention of the art world and the music industry alike, both as a DJ and for his appropriation of music into his own oeuvre. “Every painting I finish gets a title from a song,” Erizku, who grew up in New York, tells me over breakfast at a restaurant in Manhattan’s NoHo neighborhood. “And every time I do a show, ahead of that show I put together my thesis in mix-tape form.” He adds, “The music is not only some conceptual aspect, but also eases the tension in that space.”

For his upcoming exhibition at Nina Johnson gallery in Miami—which runs concurrently with Art Basel Miami Beach—Erizku will be wearing his heart on his sleeve. The show, entitled “I Was Going to Call It Your Name But You Wouldn’t Let Me,” refers to the rocky romantic relationship that brought him to Los Angeles, where he’s now based. “This show came after this idea my girlfriend and I had, which was to convert an old ice cream truck into a flower truck,” he tells me. “We were going to make a flower shop accessible to people in neighborhoods like Compton.” The series takes this as a central theme, as well as the presence of Queen Nefertiti, whose hand you see in all the brightly colored, large-scale paintings. “That’s where the color for the hand came in and the idea of using this ubiquitous symbol, but then appropriating it so that it’s ours,” says Erizku. The works will be accompanied by a music mix that includes artists like Drake, Future, and Party Next Door—“artists who are making contemporary love songs,” he says.

Though he has successfully proven himself to be a multi-hyphenate, he is staying focused. “I don’t want to be a guy who’s trying to do everything,” he says. “I’m an artist first, and that’s always what I’ll do.”