How to Digitize Your Drawings in Real Time, Using Actual Paper and Pens

The Slate 2+ operates just like a traditional sketchpad, and incorporates digital tools.

The Slate 2+ operates just like a traditional sketchpad, and incorporates digital tools.

About five years ago at France’s celebrated micro- and nanotechnology-focused institute, the CEA-Leti, three young men met in an innovation lab; they started talking and soon found themselves asking one vital question: How could everyday objects interface naturally with the digital world? Drawing on their combined expertise in engineering, user experience, and marketing, the trio eventually came up with a solution. Called the Slate, it operates just like a traditional sketchpad, where any writing instrument can be used on any type of paper, with a twist—drawings materialize on a connected device in real time. Its most recent iteration, the Slate 2+, is available exclusively at the MoMA Design Store.

“We like to say it’s magic, even though it’s not,” says Maeva Revellin, brand content manager at Iskn, the company behind the Slate. The way it works comes pretty close: simply place a piece of paper onto the lightweight, portable Slate, slip a special ring onto a pen or pencil of choice, and start drawing. The sketch instantly appears on a connected device’s screen via Bluetooth or USB thanks to the magnetized band, which tells thirty-two sensors embedded within the tablet the exact position, orientation, and stroke of the pen. Since its 4GB memory can store up to 400,000 drawings, the Slate can also be used without a connected screen—just like a normal sketchbook—and doodles can be exported later. (The Slate is compatible with a broad variety of devices, including Mac, PC, iOS, and Android.) Drawings can then be enhanced on other software, or on the Slate’s complimentary Imagink app.

The project has come a long way since 2013, when its first iteration, the iSketchnote (a protective smart iPad cover that digitized handwriting), was launched as a Kickstarter campaign. In just 30 days, the project raised nearly €350,000 (about $412,500)—ten times its fund-raising goal. The first Slate made its debut in 2015. Today, in its fourth iteration, the device is fueled by a team of 38 in Grenoble, France. “We have more than twenty patents behind this technology,” Revellin says. “There were years of research and innovation involved in making it work.”

Understanding how the Slate could fit within the creative process, as well as exploring an artist’s relationship with paper in a contemporary context, was a major part of Iskn’s research. “We’ve taken two worlds that aren’t necessarily compatible and found a way for them to work together, without sacrificing the integrity of either,” Revellin says. With what Revellin and her team have created with the Slate, the transition between the physical and the digital is seamless. 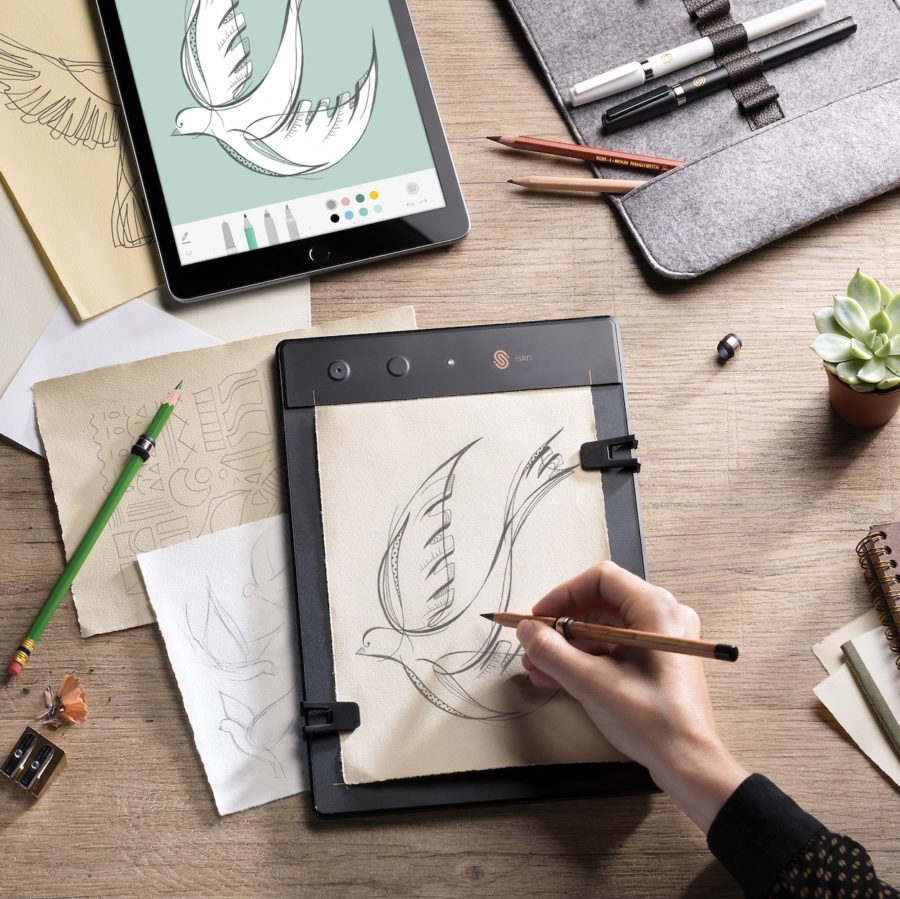 Having Dinner at This L.A. Restaurant Feels Like Being Transported to the Future