DJs spinning vintage tracks and Finnish gin spritzes are on offer at Jackie, a throwback to 1970s Milan.

Before designer Joanna Laajisto went about conceptualizing Jackie, a cocktail lounge in Helsinki’s Punavuori neighborhood, she received a rather unconventional brief: a playlist of vintage Italian and French disco tunes. Owner Antti Eerikäinen, an avid record collector and former DJ, compelled Laajisto to listen to moody tracks such as Stelvio Cipriani’s “Dangerous Flight,” until she was immersed in the seductive world of 1970s Milan. The outcome is a place whose retro mystique is conjured through dark-green walls, Gae Aulenti’s circa-1965 Pipistrello telescopic lamp, and a tan leather sofa that wraps around almost the entire space. Even the name signals a nostalgic vibe: It’s a reference to baritone Scott Walker’s jazzy 1968 tune.

Along with Finnish gin spritzes and chef Antto Melasniemi’s slices of chili-anointed pizza, music is what fuels Jackie. The DJ booth, like the bar, is a standout crafted from African sapele mahogany, complemented by walnut Medici lounge chairs from Konstantin Grcic for Mattiazzi, and Laajisto’s custom striped-marble tables that are “a little bit funky, but high-end and look good under a cocktail glass,” the designer says. “They will age beautifully.” Not unlike the timeless tracks that serve as the project’s muse. 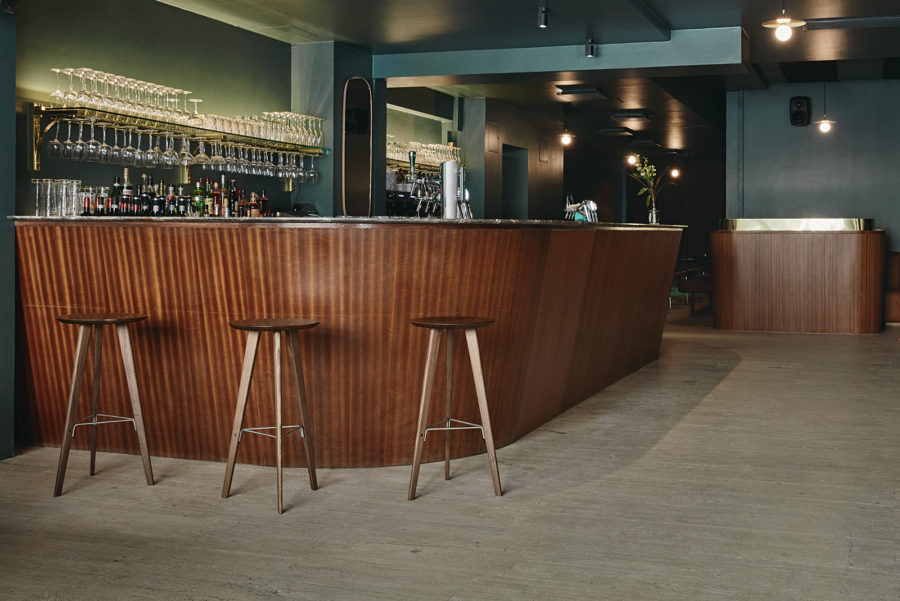 A Look Inside the Parrish Art Museum's Midsummer Party