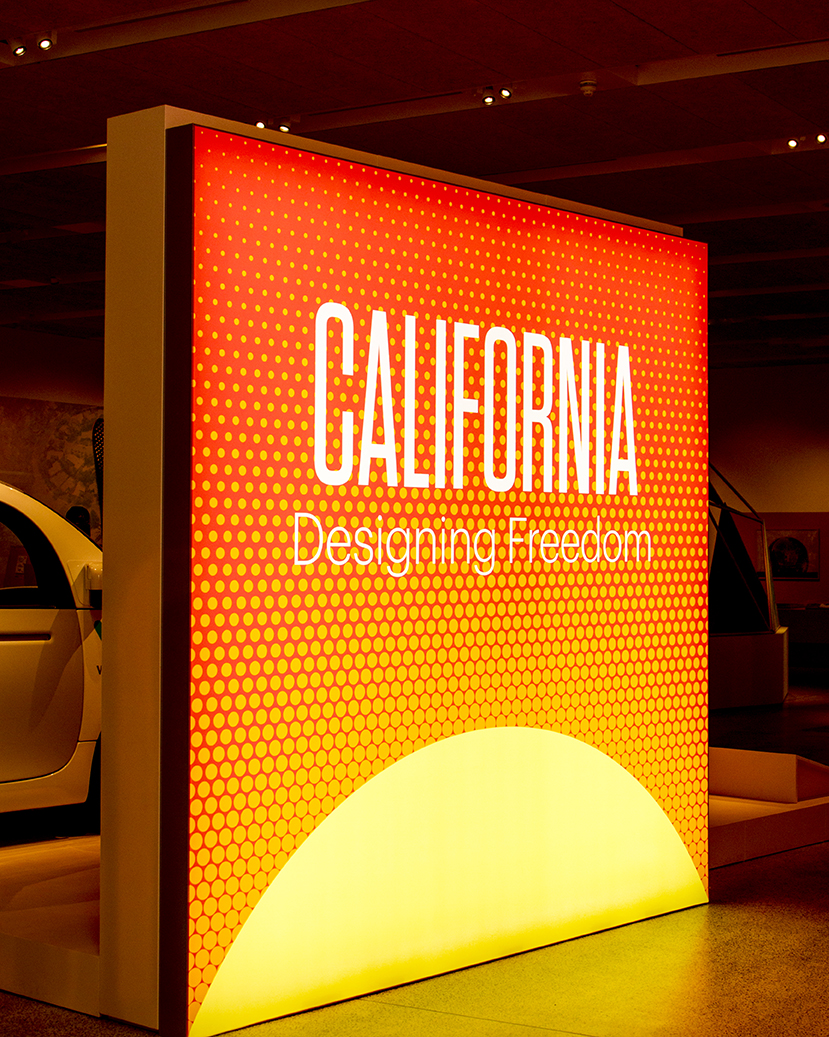 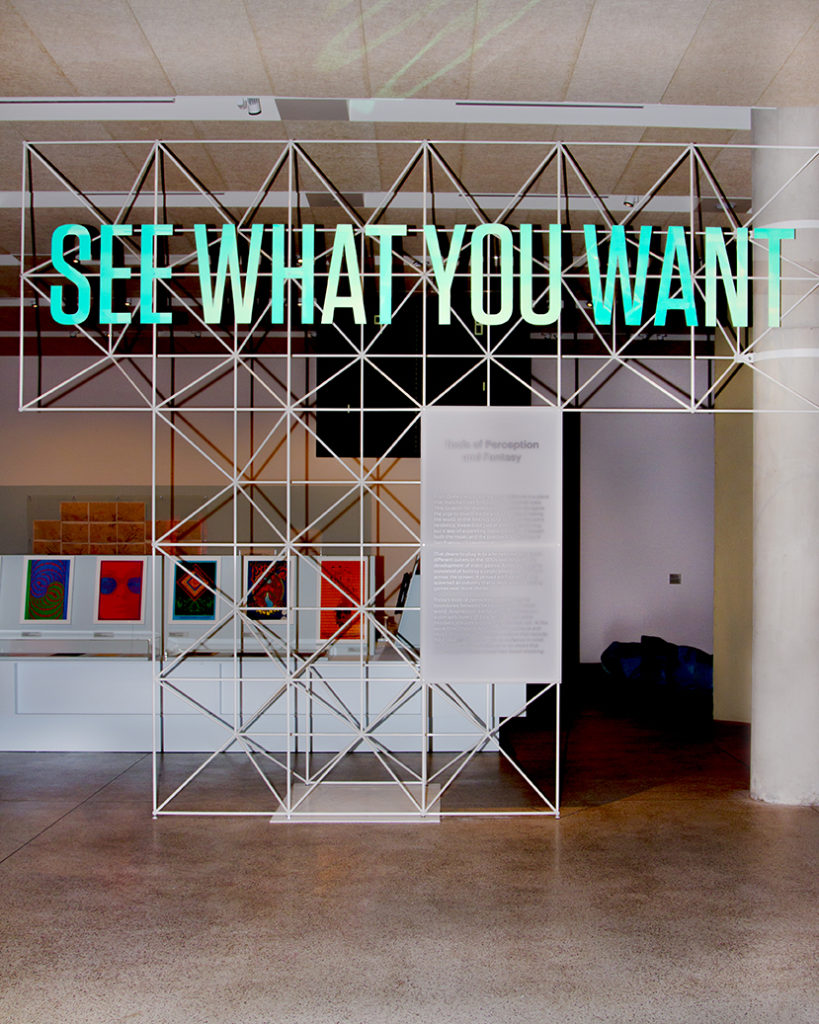 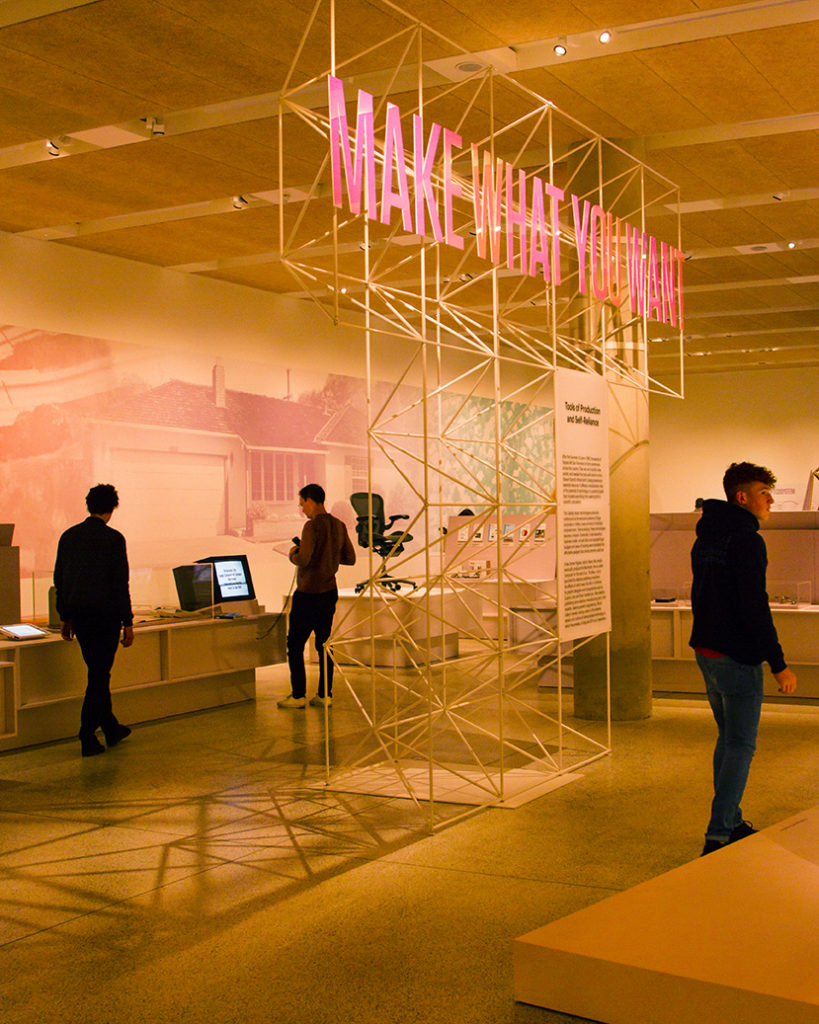 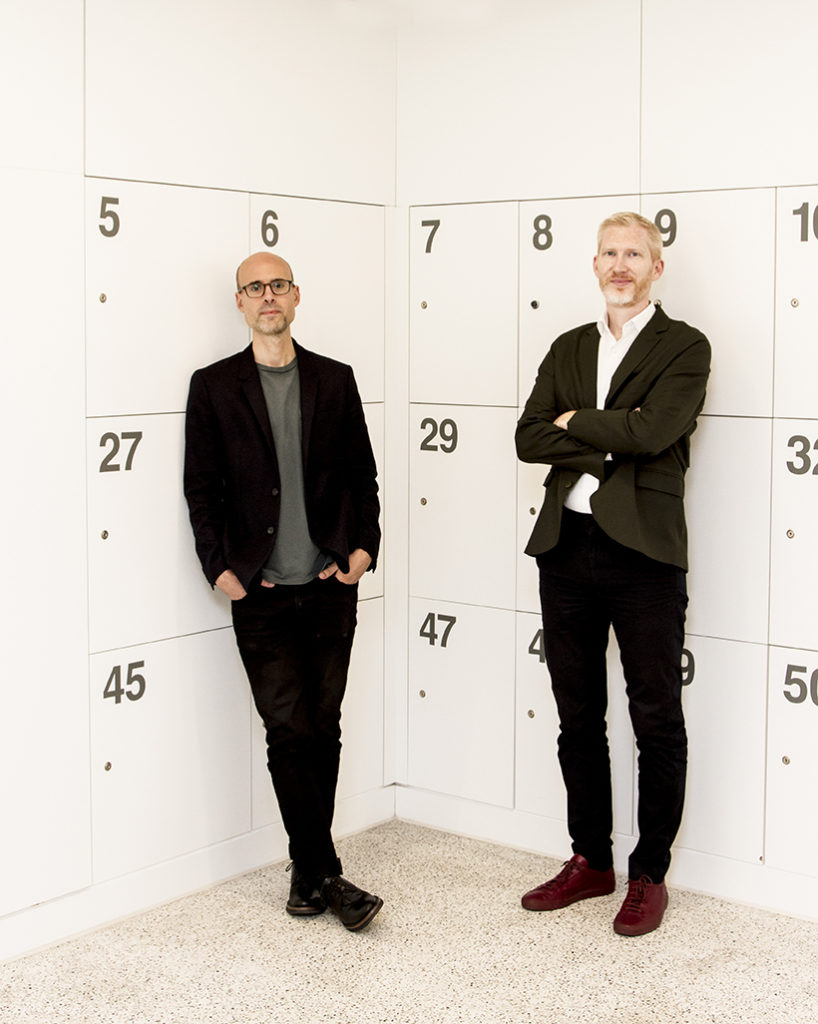 Justin McGuirk and Brendan McGetrick, curators of the exhibititon. …
Design

Everyone Is a Californian Now

A London Design Museum exhibition makes the case that the innovations of the Golden State are a part of all of us.

By Nonie Niesewand
Photographs by Kalpesh Lathigra July 19, 2017
Share
Back

A London Design Museum exhibition makes the case that the innovations of the Golden State are a part of all of us.

What powerful forces brought about the technologies that have forever changed our lives and reshaped our culture? London’s Design Museum answers this provocative question with its current exhibition “California: Designing Freedom” (on view through Oct. 17), curated by Justin McGuirk and Brendan McGetrick.

“California is where it all began, and it continues to drive our lives and thinking,” McGuirk says. “We are all Californians now.”

Contrary to popular belief, the 20th century’s Garden of Eden didn’t put down its roots in a garage in Silicon Valley, nor did it do so with the launch of the Apple 1, in 1976. The exhibition places this revolution firmly in the California culture of the 1960s, which promised personal freedom to millions through art, drugs, music, and a slew of antiestablishment movements. These enablers made all the rest possible.

This is not an exhibition of technological artifacts, but rather a journey through ideas and influences through California-born social and cultural objects. Among them: 1968’s Whole Earth Catalog (which Steve Jobs once described as “Google in paperback”), a Captain America chopper from the 1969 movie Easy Rider, the groundbreaking HP-35 calculator from 1972, and on and on, all the way to the Amazon Echo, essentially a voice-activated computer without a screen, and the self-driving electric Waymo car, with no pedals or steering wheel.

Here, McGuirk and McGetrick offer Surface an exclusive inside look at the show, highlighting several of the standout objects.

“As part of the Free Speech Movement, students at the University of California, Berkeley, manipulated punch cards to protest against the dangers of computers and the dehumanizing potential of turning people into data,” McGetrick says. “The punch cards printed messages that challenged the computerization of education and turned people into raw material. Passionately discussed today, this idea has its origins in the protests of the 1960s.”

“The Whole Earth Catalog showed people how to build sustainable houses and how to grow food,” McGuirk says. “It empowered the individual to exchange information with like-minded others in communities. It’s almost impossible to overstate its influence on the development of California’s computer culture. It celebrated small-scale technologies as a way for individuals to improve their lives. But it also offered up those tools—and itself—as prototypes of a new relationship between the individual, information, and technology.”

“HP-35 was the first pocket-size scientific calculator. It was so successful that soon after its launch HP was selling 1,000 a day. It records an important moment in the story of miniaturization technology in Silicon Valley,” McGuirk says. “Until that point in 1972, engineers traditionally worked on consumer electronics, with designers putting a skin around it. The design decision to make a machine that fit into the pocket meant that the designer determined a piece of consumer electronics more than the engineering. Design became the key driver of consumer electronics in Silicon Valley.”

“A lot of work in the show concerns civil rights and political empowerment. One of the key pieces is this gay-pride flag,” McGuirk says. “We know it as a universal symbol of gay pride, but it started as a piece of craft, hand-dyed and stitched. There were two more colors originally. It’s a very important piece of graphic and political design—we acquired it for the Design Museum’s permanent collection.”

“The iPhone made possible a revolution in human behavior,” McGuirk says. “In a decade, Apple has sold more than a billion iPhones. The smartphone started to be almost as versatile as our computers. Its ecosystem of apps—squares of digital real estate—opened up to become maps, cameras, calendars, TVs, music, and thousands of other tools. The invention of multitouch display made the touch screen both precise and robust. No longer reliant upon a keyboard and mouse, its interface design operated with fingertip gestures.”

“Side by side,” says McGetrick, “the chopper and the driverless car represent another kind of freedom manifest in this show, from the late ’60s and Easy Rider to the driverless car in the near future. The Captain America chopper represents the freedom of two wheels, the open road. Beside it, the Waymo ‘Firefly’ prototype, which Google developed to be the first self-driving car, will take you from A to B, without any intervention, at the push of a button. Placed on its curved exterior to maximize its field of view, sensors and software can detect objects in all directions. Inside, there is no steering wheel or pedals. Built from the ground up, it represents another kind of freedom from driving: to put yourself in the hands of artificial intelligence.”

“The next frontier in the ‘maker movement’ is biohacking. This DIY gene-editing kit from ODIN gives amateurs the ability to engineer their own species. The kit, available for $100, includes everything a novice would need to design a new species and edit DNA in bacteria at home, including a DNA template for an experiment. It represents the trend that runs through the exhibition—the ways that Californian technological development made by the military, government, and large corporations is democratized and spreads through society,” McGetrick says.

“The California branch of the American Civil Liberties Union gives people with smartphones and the Mobile Justice app the ability to upload to a database any videos of police misconduct,” McGetrick says. “If your phone is confiscated, the video recording of the incident is secure. With its history of political protest, California got [with this app] a new tool that embraced new technology in defense of civil rights.”

“These Snap sunglasses have a built-in camera next to the lens, to record what we see and to upload it to Snapchat’s social media feed,” McGuirk says. “The effect has been to normalize wearing a recording device on one’s face; the specs cater to the growing popularity of video content on social media. It’s interesting because when Google Glass introduced a camera people worried that we were under surveillance. It’s less about the state surveillance than the fact that we are recording ourselves more and more. We’re willing participants in self-surveillance.”

“This inscrutable-looking black cylinder is the most recent object in the show,” McGuirk says. “It marks the next big shift in computer interaction, when the screen is removed from your computer. With digital voice assistance in your own home, you can talk to your computer, turn up music, and get weather, traffic, and other real-time information. The ubiquitous screen disappears as a computer device. This is the most interesting development in computing since the iPhone launch, ten years ago.”

“This original self-help wall graphic was made for the exhibition at the Design Museum after a researcher pointed out that the most important design issue to emerge from Silicon Valley wasn’t technology or a company. It was Silicon Valley itself,” McGetrick says. “The ecosystem it generated set ways to reproduce world-changing innovations. The diagram shows the constellations of the many ways in which people exchange information and interact in a vast ecosystem of investors, universities, incubators, government bodies, billion-dollar companies, media organizations, mentorship programs, and lawyers.”

What Will Image Generators Mean for the Creative...

One of New York’s Last Public Payphones Finds a...

What If Your Phone’s Notifications Were...