On July 19, Surface hosted the 37th installment of our Design Dialogues series. This edition featured June/July issue cover subject and fashion designer Thom Browne and journalist Alina Cho. The conversation, which spanned Browne and Cho’s respective paths to fashion, and major moments in their careers—including those at which they intertwined—took place at Dover Street Market New York. The space recently debuted its largest interior transformation since the store opened, in 2013. 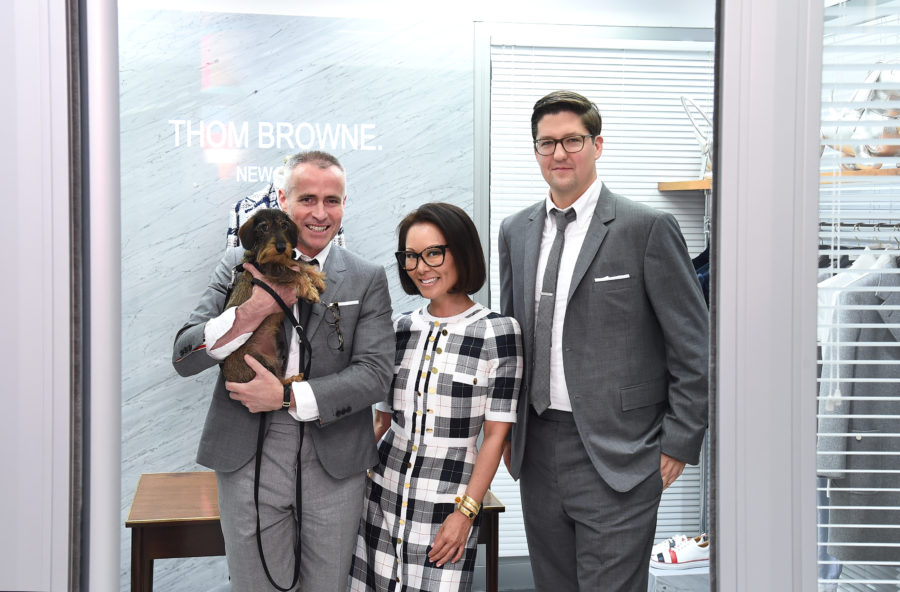 On moving his shows to Paris, Browne observed, “Paris is approached maybe as a little bit more conceptual. It’s just a different way of approaching the shows. I am very old-school though, in that I do think the shows are important to fashion.”

“It’s not just about the audience.” said Cho. “Let’s be honest, there are hundreds and hundreds of shows in New York. One writer said you almost can’t catch your breath between them. You can’t savor or enjoy the moment from your show because you’re off to the next one.”

Cho, a former CNN correspondent and an editor-at-large at the Ballantine Bantam Dell publishing house, also explored the mainstream media’s relationship with the often exclusionary fashion world noting “I’ve highlighted the spectacular Alexander McQueen show at The Met, but in the same show I’ve talked about how Jessica Simpson is a billion-dollar brand. It might not seem like the two go together, but in that kind of show for that type of audience, where so much of main street is being introduced to fashion, you have to have a little bit of both.”

Filmed and Edited by Alexia Adana
Sound by Artem Kulakov

Everyone Is a Californian Now