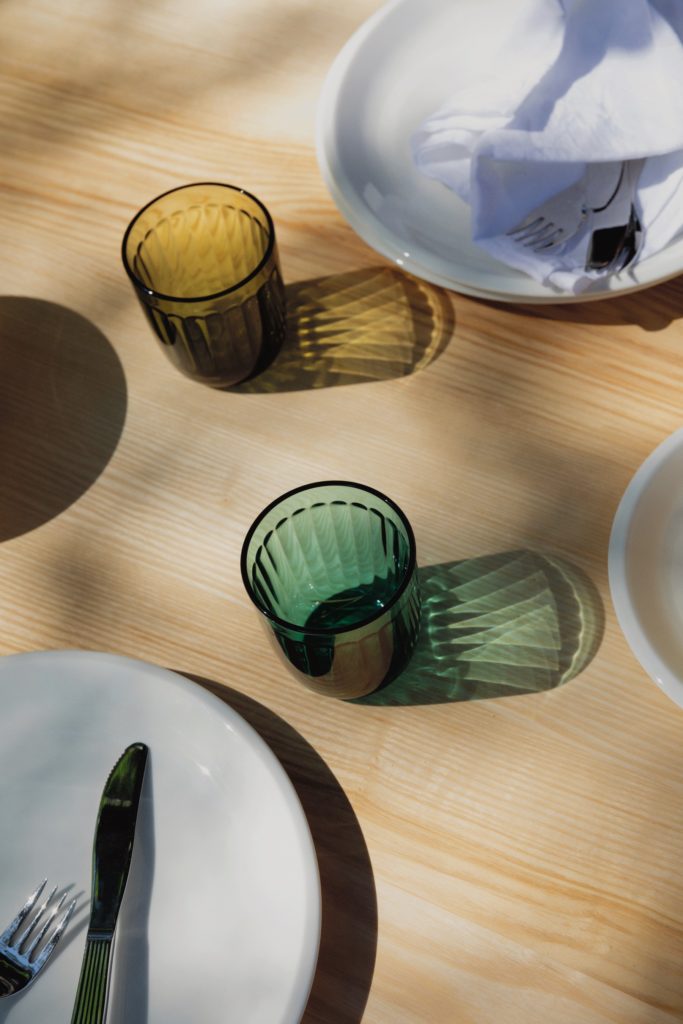 Jasper Morrison’s name has become synonymous with inclusive, intuitive design that prioritizes utility over excessive ornament. But don’t be caught off-guard by the simplicity of Raami, his new tableware collection for Iittala.

Jasper Morrison’s name has become synonymous with inclusive, intuitive design that prioritizes utility over excessive ornament. But don’t be caught off-guard by the simplicity of Raami, his new tableware collection for Iittala.

Jasper Morrison once spent the equivalent of a presidential term designing a single piece of cutlery. His other feats? In 2017, he applied Emeco’s proprietary 77-step hand-building process to create the softly contoured 1 Inch Chair (it looks like a time-honored staple of the venerable furniture brand’s catalog). He also leverages his lengthy list of collaborators, which includes Muji, Cappellini, and Vitra, into explorations of the super-normal: his idea of no-frills, thoughtful design that proves its worth through use. Along the way, he has placed items in the collections of MoMA and Cooper Hewitt; in 2016, the Tate Modern devoted an entire room of its Switch House tower to his work.

Morrison now turns his eye to tableware with Raami, an understated new collection for venerable Finnish manufacturer Iittala. A wooden serving board’s simplicity belies its utility; porcelain plates and bowls curve to frame their contents. Stemware is delicate but sturdy, clearly intended to be held. And a group of translucent, gem-toned drinking glasses paired with a carafe and tea light are irresistibly charming.

​Here, Morrison sheds light on his influences, the Raami collection, and what Super Normal means in these abnormal times.

Do you remember the first object whose design really attracted your attention?

It was Dieter Rams’s and Hans Gugelot’s record player/radio—the white box with wooden ends and transparent acrylic lid. My grandfather had one and it kept catching my eye, though I was too young to really know about design. My parents eventually gave it to me. Though it looks dated now, it was such a fresh-looking object at the time. It stood out from its surroundings wherever you put it.

Raami, your tableware collection for Iittala, is designed to be mixed. Do you find the concept of matching tableware slightly outdated?

If you design a complete range of tableware with one look, some of the pieces inevitably become worse than they should be because you’ve forced them into the look. Then, when you set the table, it’s not as pleasing unless there’s variety among the pieces. It helped that Iittala offered so many material options, so the colorful glass meshes well with ceramic and wood to bring something informal but rich to the table.

The colored glass in particular is lovely—how did you determine its tones?

Choosing glass colors is fun, but not easy! Warmer colors are less reliable in production and can cause flaws and rejects, so the balance needs to skew toward blues and greens. The beautiful colors used by designers such as Kaj Franck at Finland’s Iittala Museum definitely influenced me. I hope to add more colors to forthcoming editions of Raami.

How does this collection fit into your idea of the Super Normal?

“Super Normal” refers to design that does its job without exaggerated looks or functional tricks, but nevertheless successfully convinces the user of a superior performance. Those designs acquire something like an aura which sets them apart from other objects. They’re the objects we reach for—in preference to others—without really knowing why. If you use a set of unpretentious tableware for a couple of years, and still appreciate its value and atmosphere afterward, it’s probably super normal.

Have you seen the collection in action yet?

We’ve used it at a few launch dinners and I’m very pleased with how it works! The Iittala team recently dined at one of my favorite restaurants in Helsinki, Atelier Finne, which is helmed by visionary chef Antto Melasniemi. It was a super discrete launch—we were the only table that used Raami. But the restaurant plans to use it exclusively in the future, which is a great result.