As any good matchmaker knows, unlikely pairings often make for the best results. So when British designer Jasper Morrison (known for his stripped-down objects devoid of superfluous flair) and Madrid-born Jaime Hayon (whose playful, candy-colored work is a reliable source of joy) joined forces to launch a menswear brand at the London Design Festival last month, its success was pretty much a given. Called Jijibaba, it operates under a decidedly not-fashion conceit: a cast of industrial designers will apply their approach and aesthetic to clothing, which will be released as an evolving range of items in lieu of seasonal collections. Last week, the first thirty-eight pieces landed at New York’s Dover Street Market, where garments hung on sculptural, off-white racks the designers created themselves. Morrison and Hayon made 19 pieces each. It isn’t hard to guess who designed what: Morrison’s gentlemanly, mostly monochrome shirts, blazers, and trousers feature angular collars and superb materials, while Hayon opted for more adventurous hues, rounded silhouettes, and quirky details. On the day of Jijibaba’s New York debut, Surface sat down with Hayon to learn more about the ideas behind the project, his thoughts on designing clothing, and the future of the brand.

Designers often get flack for trying their hands in other disciplines—like architecture, for example. For you, is designing a chair the same as designing a teapot, or a T-shirt?

It is. Because it is about using the same methodology. You know my work—I do furniture, art, sculpture, all different kinds of things. But I always try to play with a concept. I have a theme in my head, and I go for it. The theme is putting into understanding exactly what would be the creativity for the project. This is always the same. At the end of the day, the real creative is able to do whatever.

So if you have a clear concept, you can apply it to anything?

Jijibaba is now available at Dover Street Market shops in London, New York, Tokyo, and Singapore. Were you nervous about presenting the concept to the shop, as someone from outside their world?

I was so nervous. But they actually made me feel very secure, because they are people who really like variety. Our thing is different. We’re non-fashion people making garments. Why not? That’s the point. Why do you have to be aware of what’s happening on the catwalk? We’re not that type. For us, we’re really trying for this to be a natural progression of what we do.

Other designers will be invited to to design items for Jijibaba. What kind of brief will you give them?

Our aim is to have creativity be the main thing. We’ve made a fashion company that’s like a design company, based on a concept in which designers we like will make something for us. The only thing we’ll tell them is they’ve got to be a mirror of their own style. The most important thing is to believe in the ideas of people and as for the rest, we don’t care. Because we’re confronted with that all the time in our careers: people telling you things are not possible. They are possible, and we don’t care if we fail.

Did you ever think you’d design a ready-to-wear collection?

We are a reflection of what we do. That’s why it’s actually no problem for us to do this. Not only can it work, but it can bring something new and energetic to the fashion market, which is actually not always as exciting as people think. 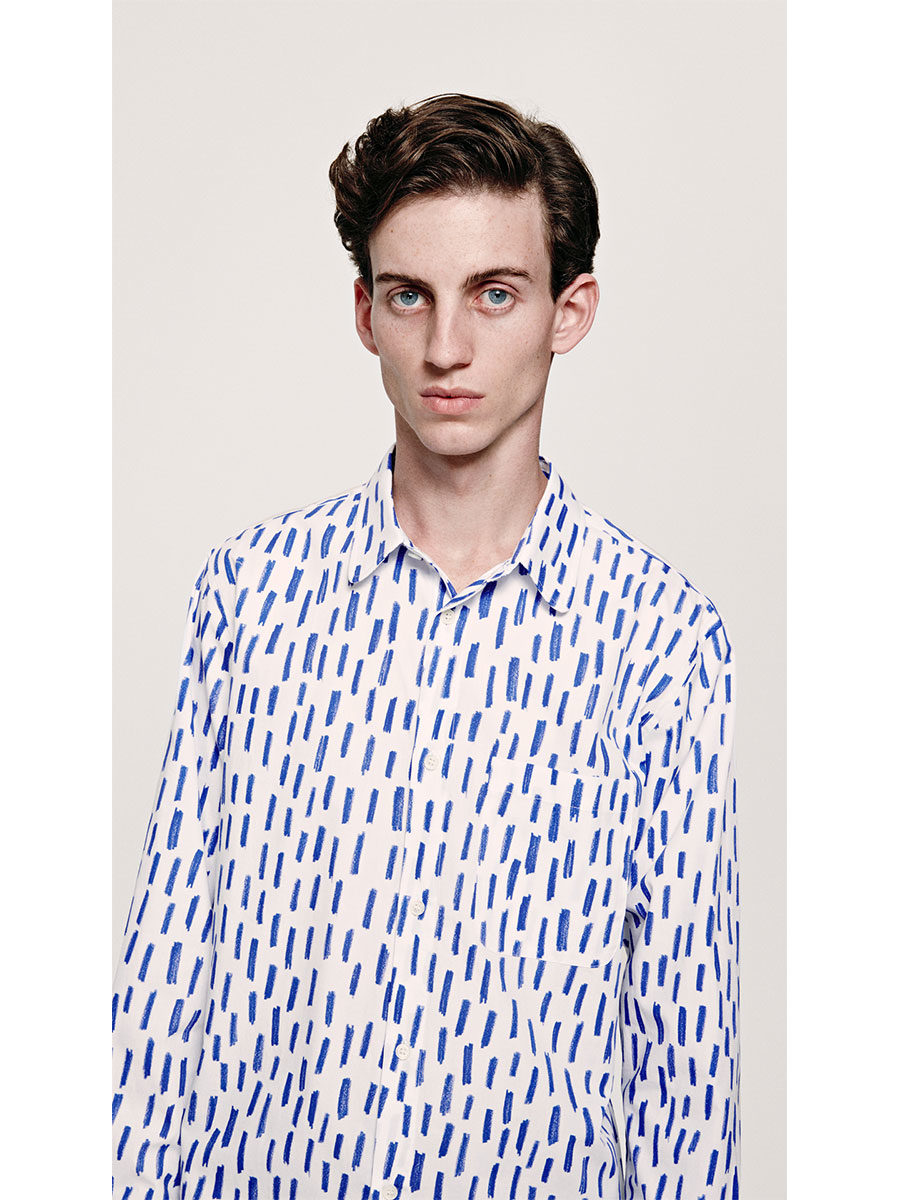 9
Slideshow
Garments by Jaime Hayon and Jasper Morrison for Jijibaba
…