Photographer Iwan Baan captures the human side of the architect’s work.

Photographer Iwan Baan captures the human side of the architect’s work.

At 92, many architects would be satisfied with a standard monograph filled with glossy pages and archival images. But not John Portman. In Portman’s America & Other Speculations (Lars Müller Publishers), editor Mohsen Mostafavi has instead paired an interview and assortment of essays—one written by Portman himself—alongside a candid series of photographs by Dutch photographer Iwan Baan. Mixed in with Baan’s purely architectural compositions are unexpected pictures of people using Portman’s buildings. The photographer captures them inside the designer’s signature atriums, where they stare at their phones, sprawl out on benches, and check themselves out in mirrors. In front of the Hyatt Regency in San Francisco, they gather to play cornhole. At the Americas Mart building in Atlanta, they sip soft drinks while riding down escalators. What’s pictured doesn’t feel like Portman’s America; it feels like America inside a Portman. And the architect, who loves to “sit in spaces all over the world and do nothing but people-watch,” probably prefers it that way. 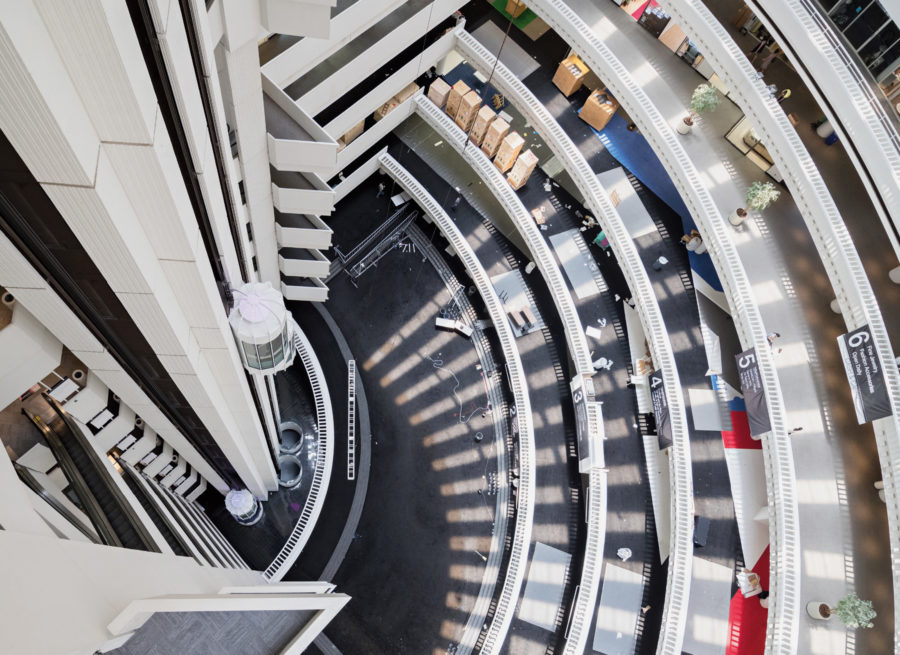 This Book Chronicles A Side of Abstract Art...

Gucci Pays Tribute to the Inspiring Works at the...

Rediscovering the Forgotten Women of the Bauhaus, A...

This Creative Consultancy Wants You to Stop and Soak...