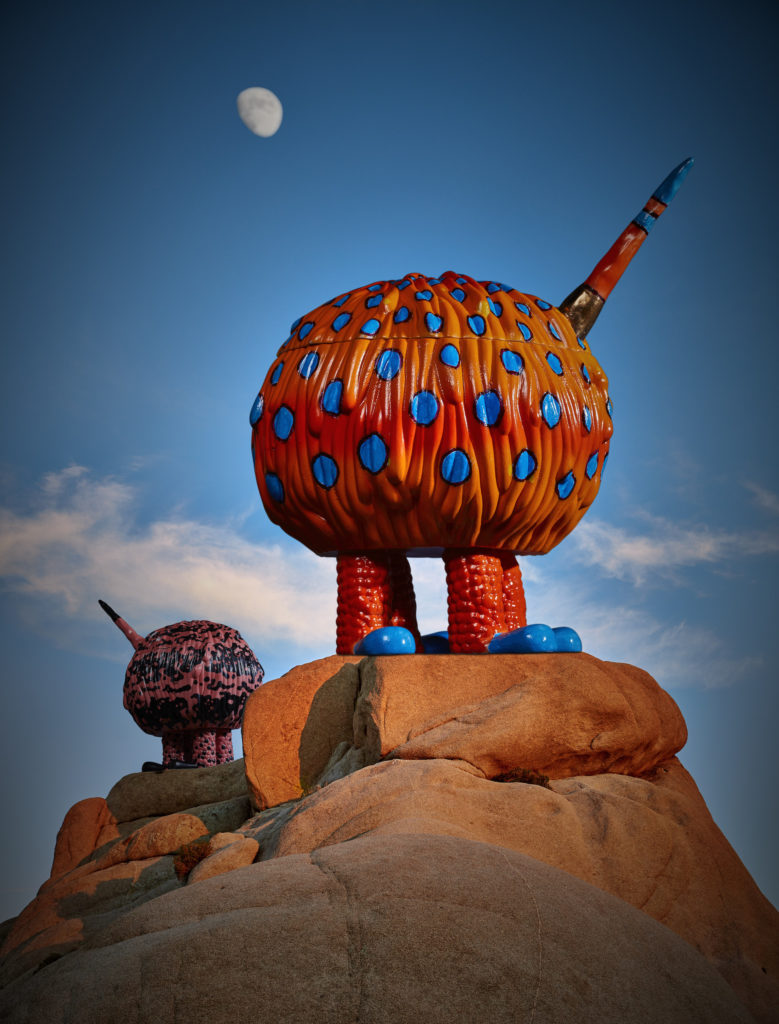 The collection of comical, creepy dinnerware, dishes, and other home goods is on the march.

The collection of comical, creepy dinnerware, dishes, and other home goods is on the march.

The shared Los Angeles studio of Texas-born twin artists and designers Nikolai and Simon Haas is a veritable monster factory of out which crawl creatures two-thirds adorable and one third terrifying. Some are purely objects with little other purpose than to delight and disturb. Many more do double duty as chairs, bowls, candleholders, settees, and other biomorphic household items ready to serve (or haunt) their human hosts. Bourne on the often furry backs of these lovable grotesques, the Haas Brothers have risen to true design stardom over the last decade.

While many of the critters and less animalistic pieces the brothers Haas turn out are substantial in bulk and nature, Elad Yifrach’s L’Objet has made a rather smart move to bring them into your house by collaborating with the duo on a menagerie of smaller beasties as well as some rather inspired home goods that got its debut at the opening of the brothers’ Bass Museum show “Ferngully” during Miami Design Week last year.

L’Objet is a member of The List, the destination for all things Surface-approved. Want to join The List? Contact our team to find out how to apply.

The result is something wholly Haas and yet definitively L’Objet. The Lynda Box is clearly one of the brothers’ oddly, comically sexualized beasts, yet it contains four gorgeous, elegant plates that match the rare elegance of Yifrach’s other offerings; a faceless three-legged tureen is clearly a resident of the Haas’ zoo, but also speaks to the exacting execution for which L’Object has become known; gilded magnifying glasses and pen holders seem ready to slither around your desk, but also represent Yifrach’s commitment to progressive design and luxury.

For those looking for something a bit less bestial, there’s a smart line of more restrained candles, incense sticks, throw blankets, pillows, stationary, and plates that remind us of L’Objet’s complete lifestyle mission, but also show the influence of the Haas Brothers. All of it—from the napkins to the line’s quadruped coffee pot—not only seems of a piece with L’Objet’s extensive stable of inventive home appointments, but also speaks to the Haas Brothers’ chosen theme, the Mojave Desert section of Joshua Tree National Park—a perfect origin place for this wild army of colorful critters.

How a Bottle of Stones Wine Is Like a Birkin Bag