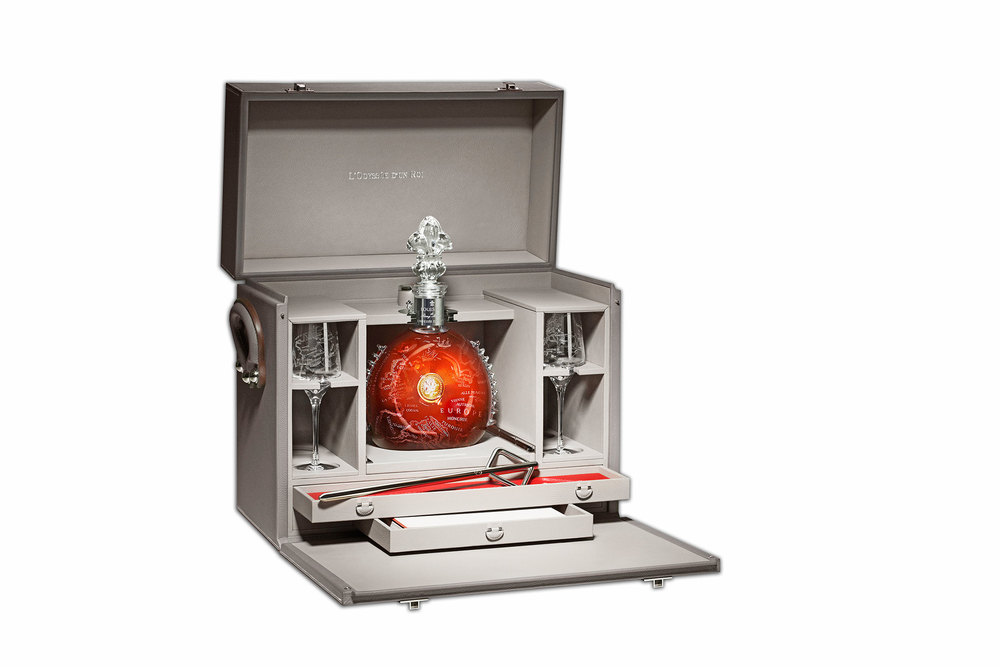 Around the World with Louis XIII

The Grande Champagne label honors its place in the history of luxury travel with specially commissioned Hermès trunks.

The Grande Champagne label honors its place in the history of luxury travel with specially commissioned Hermès trunks.

In an homage to its endurance and presence throughout centuries of luxury travel, three bottles of Louis XIII, the Grande Champagne cognac considered to be Rémy Martin’s crowning achievement, have been outfitted with three hand-stitched Hermès trunks, which will also encase a white gold pipette by Puiforcat, and four glasses and a decanter by Saint Louis. Collectively dubbed L’Odyssée d’un Roi, the three trunks are the same, save for the decanters, which are each etched with a 19th-century map of either Europe, North America, or Asia. The cognac has a long history on board legendary modes of transport: It’s been served “on the Orient Express, the first-class lounge of the S.S. Normandie, and the cabin of the Concorde jet,” says Yves de Launay, the vice president of Rémy Cointreau in the Americas. Meanwhile, it seemed natural to partner with Hermès, Puiforcat, and Saint Louis, three French brands devoted to what Launay describes as l’art de vivre. “They share with Louis XIII a common quest for excellence, craftsmanship, and rarity.” This September, the three trunks will be auctioned off by Sotheby’s in each of the three continents represented on the respective decanters. Proceeds will go to The Film Foundation, a nonprofit dedicated to preserving early films founded by Martin Scorsese. It’s an initiative motivated by nostalgia for a bygone era, a feeling that Louis XIII certainly shares.