For the young designer, the American Southwest is a place of desert elegance and sci-fi mysteries.

By Mieke Ten Have 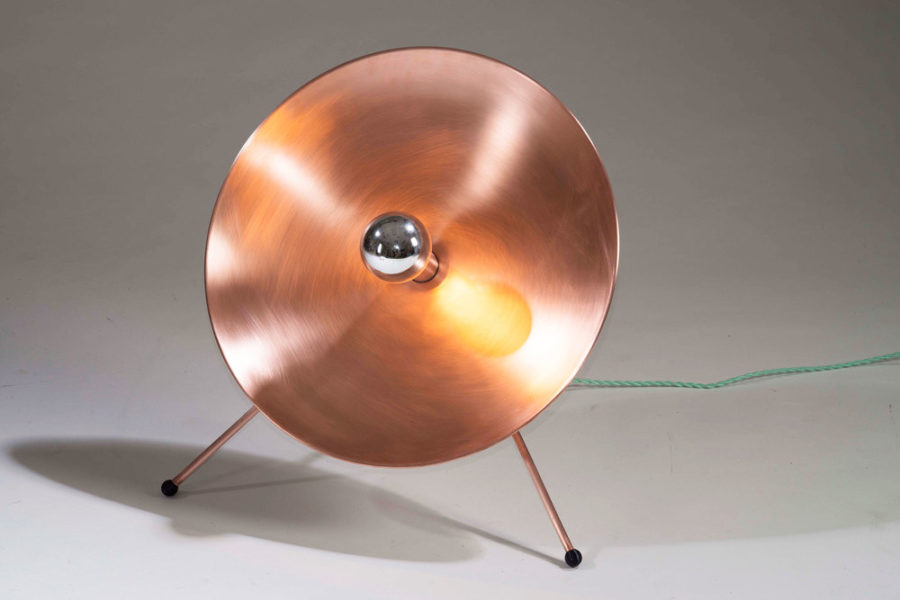 Twenty-two-year-old Madison Tuton, a recent graduate of Rhode Island School of Design’s furniture design program, finds inspiration in the landscape of her childhood home, the Arizona desert, for its terrain as well as the hints of conspiracy therein. For her senior degree project, Tuton designed a collection of playful lamps evocative of cacti and satellites—to, as she puts it, “explore the connection between the desert, the American Southwest, and extraterrestrial activity in the arts and media throughout modern history.” One piece, the Sagauro lamp, which fuses bubblegum pink tubular steel and the famed silhouette of the Saguaro cactus that is native to Arizona, sits on tripod legs and looks as though it’s about to walk away. “I took formal language and materials used in the 1950s and 1960s during the space race,” says Tuton. “I wanted the lamps to have a life-like feel.” The Satellite lamp, similarly, is a copper disc that faces probingly skyward. It’s based on a vast field of satellites in the New Mexico desert that listen 24/7 for otherworldly activity. A self-described admirer of midcentury greats—from the Eameses, to Eero Saarinen, to George Nelseon—the recent graduate is looking forward to joining the Los Angeles design world, where she hopes to focus on lighting. “I love how experimental and free you can be with lighting,” she says. “It can transform a space in an instant”—kind of like a flying saucer in a moonless sky. And on that note, do aliens exist, according to the designer? “Absolutely,” she says.

The Sri Lankan Escape on a Former Tea Estate