Outside of Milan, a Glass Cube Home for the Molteni Museum

More than eight decades of the legacy Italian furniture brand’s history converges inside a transparent structure designed by Ron Gilad.

Few design brands have enjoyed such widespread success as Molteni, the Italian furniture mainstay established by Angelo Molteni in 1934. Throughout its eight-decade history, the brand has carved out an unshakeable niche within the country’s illustrious design legacy thanks to Angelo’s status as one of the founding fathers of Milan’s annual Salone del Mobile furniture fair and game-changing collaborations with the likes of Afra and Tobia Scarpa, Jean Nouvel, Ron Arad, and Gio Ponti. In 2015, shortly after the brand turned 80, Molteni established its very own museum on the top floor of its four-story showroom in Giussano, an idyllic town located about an hour outside Milan.

Curated by longtime collaborator Jasper Morrison, the museum showcases nearly 50 of the Molteni archive’s most recognizable offerings, as well as those of sister brands Dada, Unifor, and Citterio. Giussano has since become somewhat of a campus for Molteni—within a stone’s throw of the showroom building are production facilities, the under-renovation QallaM multimedia space by Patricia Urquiola, and Ron Gilad’s pristine Glass Cube pavilion. When the brand found itself needing additional showroom space, they looked to the latter, a perfectly square building wrapped in floor-to-ceiling windows that allow for unencumbered views inside.

Such lightness and transparency feels metaphorical given how the museum illustrates in clear terms Molteni’s longtime dedication to quality and craftsmanship. Products such as Gio Ponti’s wooden D.655.1 dresser and Aldo Rossi’s slightly off-kilter Parigi armchair are situated throughout in uncrowded environs, giving each ample room to showcase their standout qualities within an unfussy interior layout delineated by glass partitions. The only opaque moment within the entire building comes courtesy of a secluded interior courtyard backdropped by white walls that appear to float on a white gravel floor. The museum’s entire roster of furniture will be available for digital perusal, as well as documentaries and short digital animations that chart Molteni’s past, present, and future. 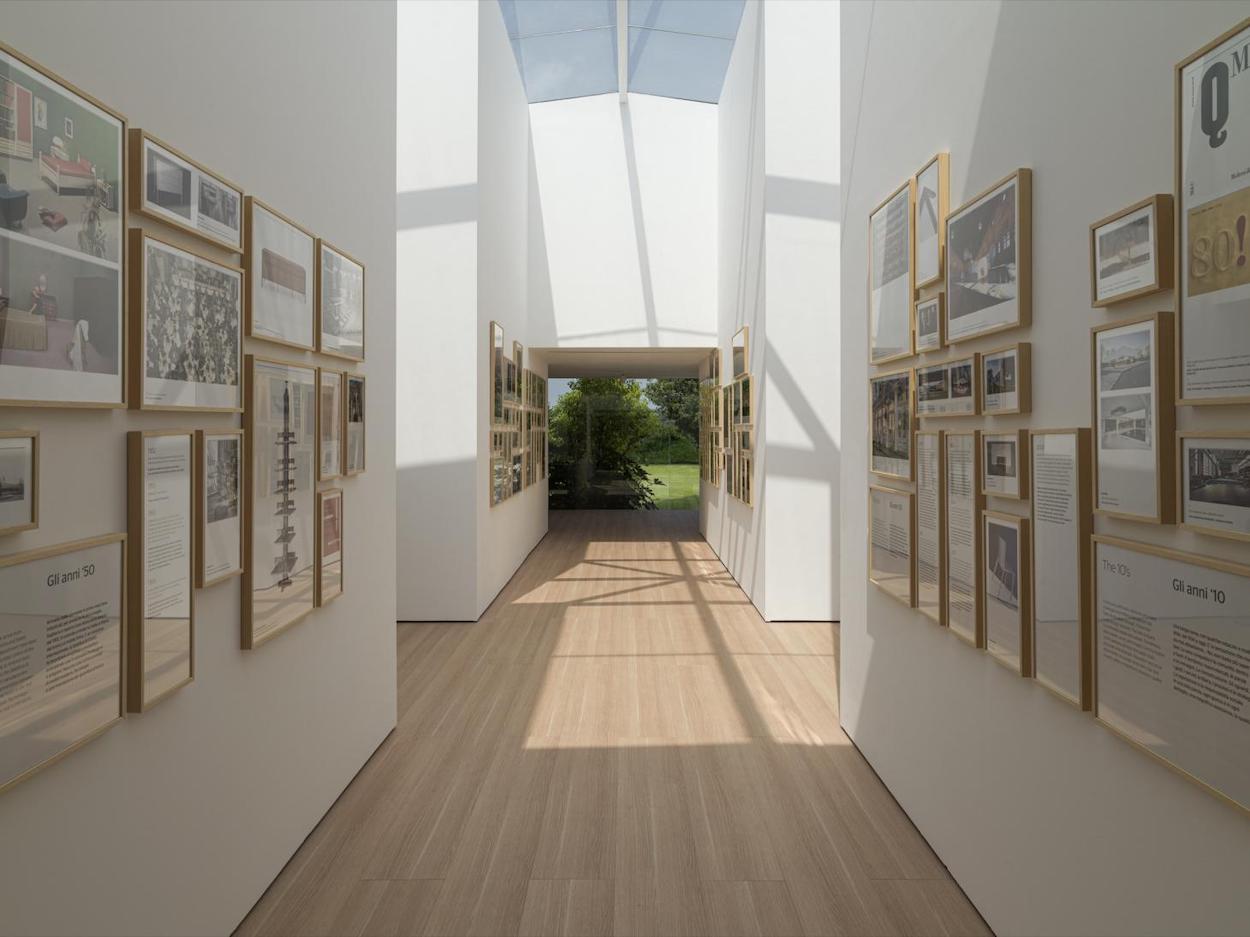 Designer of the Day: Sean Gerstley

Designer of the Day: Sam Klemick

Designer of the Day: Richard Brendon